Recently, I came across photos of my work in the 1990s, when I was with AOPA Pilot and often moving airplanes from coast to coast. Each trip required VFR and IFR charts (including approach plates) that would fill a good-sized box, and some of them would never get unfolded. By 2010, I had an early Garmin G3X two-screen EFIS in my Sportsman with embedded charts plus approach plates, beginning my migration away from paper. (The irony of a magazine editor saying this is not lost on me.) I still kept paper for my home airport, just in case, but the more I was convinced of the G3Xs’ reliability, the more I was willing to go all-digital.

That process is now complete. My iPad mini goes with me on every flight, and my iPhone 11 hangs around as a hot spare. (It seems that if I have both, neither will act up.) From the electronic flight bag (EFB) side, both Garmin and ForeFlight have done considerable development over the last couple of years, and it actually seems to have accelerated in recent months. Every new release adds something useful, which is more than I can say for a lot of software products.

I realize that there are more tablet-based EFBs on the market than ForeFlight and Pilot, but these have been my go-tos for the last couple of years. Before I bought the GlaStar, I was flying a club Grumman Traveler that had a Stratus transponder with ADS-B capability, but it worked with ForeFlight and not Pilot, so that’s what I started with. For ADS-B In, my GlaStar started with a Garmin GDL 50, so that tempted me to try Garmin Pilot. I’ve been using both since.

In the grand scheme of aircraft-ownership costs, I wasn’t too cranky about keeping both current for a year—ForeFlight’s mid-level ProPlus plan is $199.99 a year, while Garmin’s U.S. Standard with the Premium upgrade is $159.98 a year. Both include full IFR and VFR charts for the U.S. as well as core features like beautiful mapping, flight-planning, the ability to display weather and traffic from multiple sources (more on that in a second), flight logging and myriad other features.

Understand that this isn’t meant as an exhaustive review of these products, but I do have an opinion after using them back-to-back for some time.

Here’s what stands out for me in Pilot. First is the ability to send flight plans back and forth to a Garmin panel navigator; it’s great to build the flight plan on the iPad and send it seamlessly over to the panel box. Alas, Garmin does not allow other EFBs to do this. I understand protecting your own brand’s products, but this tactic rankles me. I think Garmin’s UI (user interface) has some neat tricks, like the “radial menu” that gives you access to several submenus based on where you pressed the map. I also like Pilot’s dedicated Traffic page, and I prefer the flight-plan page to be its own thing, not a drop-down over the main map—and Garmin has recently upgraded the planning capabilities dramatically in Pilot.

ForeFlight has two simple UI tricks that are hugely useful in real life. First is that the AIRMETs can be toggled on and off by category right from the map; on the Garmin, you have to go in the Overlays menu to turn all of them on or off, and then touch a menu on the main map to choose which one you want to see. Clumsy.

ForeFlight also recently upgraded the way you view some of the contextual data. For example, when you touched in the area of an active AIRMET, it would bring up a floating menu. But then it also locked the screen for scaling and sliding, and the pop-up invariably landed right over the highlight area you were interested in. I wondered how in the world that got by QC, but it’s fixed in the new version with the “sidebar” data treatment. Now the software team can work on fixing the stack-up of boxes in the lower center when you have the Glide Advisor active—the data box actually overlays the “ownship” icon when you have synthetic vision active. Oops!

I vastly prefer how ForeFlight handles “screen locking,” in that you can tell it to keep the airplane at the center (or lower center) of the screen while you pinch and scale; you have to unlock this function (one press of a button) to look around the map away from the airplane. I found Pilot way too willing to be dragged off center with a bit of careless pinch-scaling in turbulence. I also like the fact that ForeFlight is a bit more hardware agnostic and can accept flight plans entered into the Garmin GNX 375, and will talk to other data sources; Pilot only communicates with Garmin Connext devices.

Update: ForeFlight actually can communicate both ways with the GNX 375, receiving flight plans from the panel navigator but also sending plans created on the tablet to the 375. The process isn’t as seamless as it is with a Garmin/Garmin setup, but it does work. From the flight plan page in ForeFlight, tap on the “send to” icon (the box with the up arrow in it), which then opens a submenu; in it, you should see “panel” as an option. Press that icon and FF sends the flight plan to the navigator. You’ll then get a notice that a flight plan has arrived, which you must first review and then you can activate. It’s not exactly seamless but it works, and prevents you from having to re-key all the flight-plan data again.

Both software sets have web interfaces for your logbook (a recent update for ForeFlight) and have been so robust in day-to-day use that I don’t think I’ll ever buy another paper chart. But I’m only keeping one plan this year: ForeFlight.

In last month’s handheld-com installment of Avionics Boot Camp, a sidebar I wrote mistakenly swapped RG-142 and RG-400 in terms of loss (attenuation). The solid-core RG-142 is slightly better than RG-400. My bigger mistake was, as they say, a brain fart. I really meant to refer to lighter, 50-ohm coaxes such as RG-316 for use between the device and a connector for the antenna. This cable is much smaller—less than half the diameter of RG-142/400—at the expense of greater loss. But a short length of this lightweight cable won’t adversely affect com-radio performance, and I know this because I tested my Sporty’s PJ2 back-to-back with a 20-inch section of commercially available RG-316 and a 20-inch section of RG-400. No difference.

If you haven’t wandered over to our website recently, here’s a good reason to do so: Paul Dye’s excellent “Metal Magic” video series is well underway. By the time you read this, the first six or seven episodes should be live. There are more than 20 videos in the series, released every other Friday, designed to walk builders through all the basics of working with metal.

Permit me some shameless promotion: I worked with Paul over the course of a week on this project, and it was a delight to watch him work his, er, magic. He brings a real-world approach to the series in a completely genuine, articulate way. Heck, it almost makes me want to build a metal airplane.

Amy Laboda - May 17, 2013
0
Even when built from the same kit, no two aircraft are exactly the same—that’s why you need a builder’s book. By Amy Laboda. 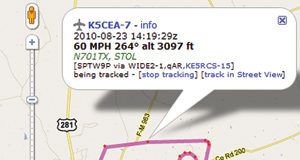