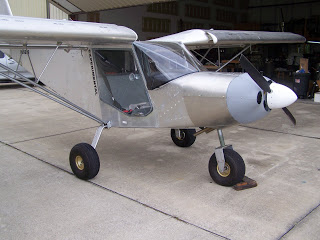 A funny thing happened on the way to Sun ‘n Fun this year. Pilot Gus Warren and the first Corvair-powered Zenith CH 701 were eagerly anticipated to publicly debut early this week, and sure enough, there was Gus walking around the flight line on Wednesday. The 701? Well, Gus tells it best…

“We were just cruising along, everything normal, and I started hearing this occasional noise like someone flicking the cylinder fins with a fingernail. Every now and then, tink, tink, tink. After 20 seconds or so, it became constant, and I had a 300-rpm power loss. So I decided to find a place to land. Funny thing was that even with the power loss, the Corvair continued to run smooth. The EGTs stayed normal, but I did notice a slight CHT rise,” says Gus. 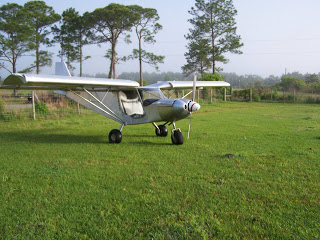 Land he did, in a small cow pasture that was conveniently located right under the 701. If there’s any question about the short approach and landing capability of the 701 on unimproved surfaces, this episode should erase any doubts. The pilot and aircraft rolled out smoothly and taxied to the fence under partial power and the watchful gaze of a few witnesses. Reportedly, all any of them had to say about the forced landing was “Moo.”

After a few phone calls, a flatbed trailer arrived 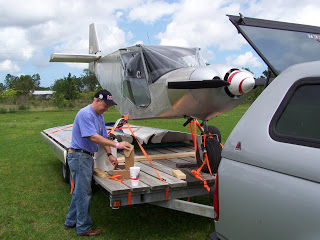 and the 701’s wings were quickly removed for the ride back to the hangar in Edgewater. I asked Gus what he thought the cause might be, and he gave it some thought. “At this point, I really don’t have any idea. It felt like extreme detonation, but just on one cylinder. I really didn’t have the time to look into it when we got the 701 back to the hangar, ’cause I needed to get back here. But I’ll get right on it when I get back to Edgewater,” he said. “I’m pretty curious myself.” 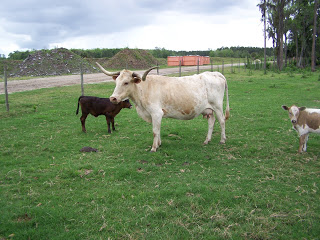 Airshow coverage sponsor:
Nobody looks forward to a forced landing in a new (or even old) airplane, but sometimes an event such as this reminds us that it’s good to always be ready for the unexpected where any kind of aviation is concerned.

Marc Cook - January 8, 2011
0
Flying four of Zeniths designs at the factory in Mexico, Missouri, prompted a deeper appreciation for the company's utilitarian approach to design. By Marc Cook.

Layoffs, I’ve Had a Few