For those of you using 48108-2 oil filters on an angle adapter, here’s a bit of trivia for you. Not everyone knows that these filters have an Anti-Drainback (ADB) valve (basically a rubber flapper) inside to hold oil in the filter element so that when you start the engine, the filter doesn’t have to fill before oil starts circulating in the engine’s galleries (its not as dramatic as it sounds—there is already lots of oil hiding throughout your engine).

Interestingly enough, the oil filter adapters that go straight back from engine use the 48110-X filters, which don’t have this ADB valve (we just looked into one, and its true!), the reasons being lost in the mists of time.

(This is also why punching a hole in the top of a filter installed on an angle adapter doesn’t drain the oil out of the filter, like it does with the 48110 on the straight adapters.)

With that background, we’ve always wondered just how much oil gets trapped inside the filter element by the ADB valve, and today we took a filter off one of our engines so that we could install a permanent/re-usable filter system for test purposes. Because we weren’t in our usual hurry to finish an oil change and move along, we took the time to carefully drain this one. The filter had been sitting on the engine for three days since the plane had been run, and once we got rid of the dripping oil that had been trapped between the filter base and the adapter, we had no more seepage. We then held the ADB Valve open with a dental pick – and got THIS much oil out of it. 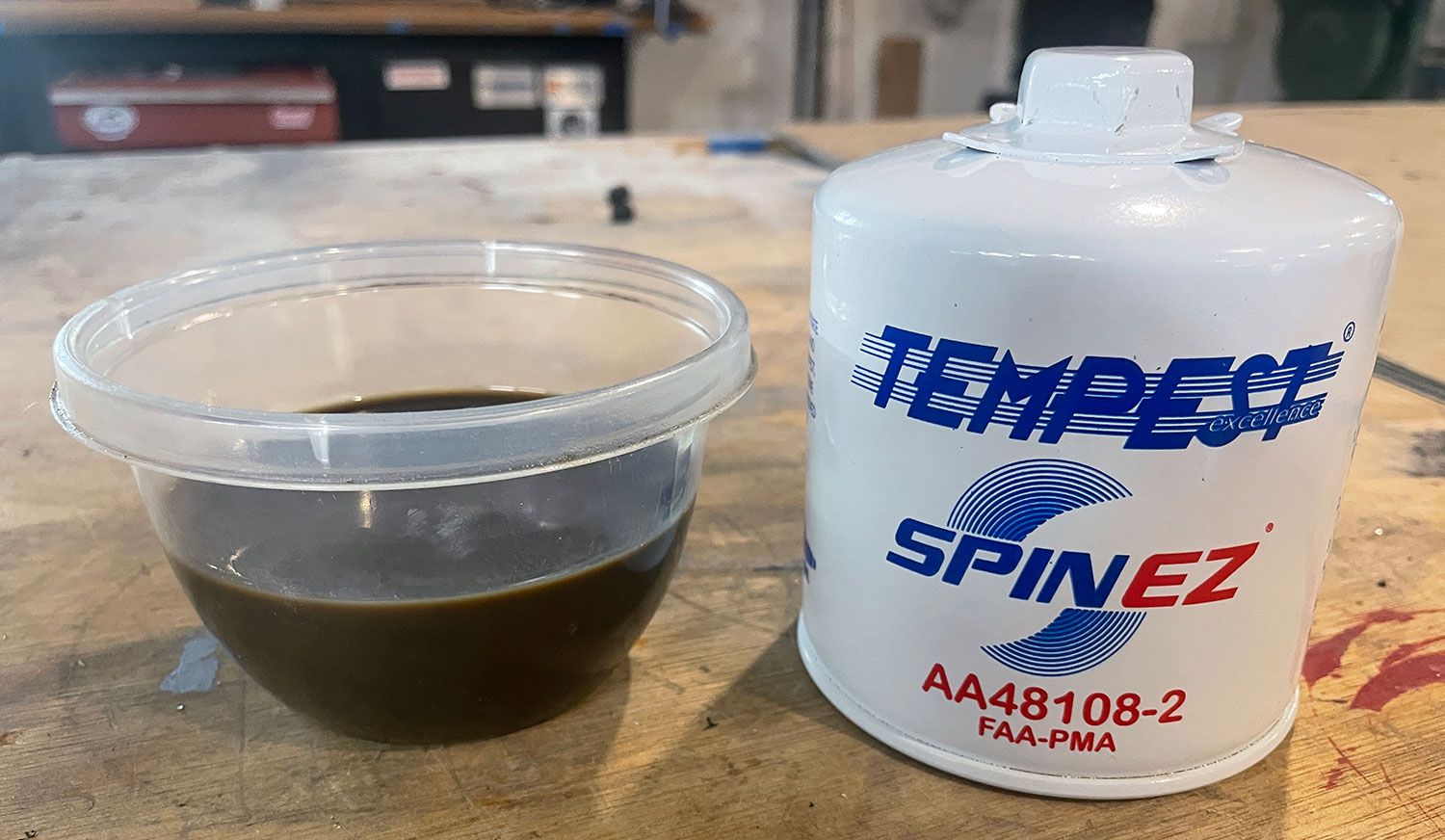 So now you know—the ADB Valves really work, and they hold a lot of oil in the filter!

Barnaby Wainfan - May 18, 2011
0
Involved in the flight testing of a friends aircraft, Barnaby Wainfan contemplates the consequences (and wisdom) of designing an aircraft around an engine that may prove unsatisfactory or, worse, unavailable.