Given the benign nature of newer homebuilts and the wonders of a repairman certificate, there may be a good number of us not beholden to an A&P mechanic—technician if you must. But if you bought an already flying Experimental or the hour meter on your build is beginning to resemble the odometer in an old Volvo commercial, then you’ll appreciate a good A&P.

I am, having recently lost to unrelenting nature a fine A&P mechanic and lifelong friend. Attempting to replicate his services has been mainly sobering, and educational in coming to understand just why good A&Ps are so tough to find. In short, because being an all-service A&P to the Experimental market is impossible.

So, what makes a great A&P from the Experimental owner’s perspective? Well, of course he’s a good wrench and can run a screwdriver like a boss. When some monkey runs a PK screw into a machine screw Tinnerman on your fuselage skin and you’ve sprained your wrist trying to get it out, he’s the guy who silently approaches the offending fastener, carefully lays his Number 2 Snap-on Phillips with the fresh tip into the mangled screw head, takes a stance and then explodes against the job so hard one of the mains almost comes off the ground. Plane and mechanic lock in a test of wills, the airframe trembling under the assault but nothing moves. “Damn it!” He rails loud enough to be heard atop Mt. Olympus, and screeching in agony the screw yields. You stand there holding your wrist knowing you can tell a pro by the way he makes you feel limply inadequate.

If orangutan strength and marathon endurance are requirements, most importantly your A&P can analyze problems and understands your plane at the systems level because you’re always calling in the pro on tough questions. You’ve already got the easy stuff handled, after all.

The ideal A&P is older than you (could be tough) and has decades of experience with little airplanes like ours. He’s not just out of school and scared stiff of his admittedly awesome responsibilities and hasn’t been ravaged by a pack of liability lawyers. Plus, because of his experience he has a backbone and will tell you what you don’t want to hear precisely when you need to hear it. Furthermore, you’ll recognize his character and won’t begrudge bad news (much). It should go without saying you trust your A&P with everything from your life down.

Naturally, if you own an all-metal Experimental your local pro should be a real tinsmith and have at least an English wheel, nibbler and bead roller in one corner of the shop. Mallets and shot bags should also be nearby along with a variety of squeezers, rivet guns and plenty of dollies. Expect one drawer of his roll-around box to contain nothing but drill bits, at least a few of them sharp. When it comes to dealing with the wings on your sport biplane, the A&P should offer a full woodshop and some insight to the different sorts of glues. As nearly all Experimentals have an engine, a decent A&P ought to offer every offset open end and cylinder base nut wrench common to Lycomings, Continentals and the odd Rotax. A good one can give an oil analysis just by eyeballing the stream of burned coffee drainings falling into his drain pan, and any of them should be able to rock a piston into blowing at least 60 over 80 on a compression test. Top overhauls are part of a regular day for our pro and he’s ready to fabricate a new engine mount or exhaust system if that’s your need.

Painting is another must-have A&P function. Little pieces demand corrosion protection, of course, and if he can spray those bits he sure ought to be able to lay down run-free paint on your wing or fuselage when the airport manager isn’t looking.

It’s also important your A&P be a good businessman. He can’t charge us cheap pilots too much, of course. But he must be focused enough to stay in business so he’ll be there when you need him. Best he works at least six days a week, if not all of them, for the same reason. It’s tough dealing with a Monday-thru-Friday type when you’re only at the airport after hours or on weekends.

Assuming our guy keeps grocery store hours, it’s also good he emulates an Aircraft Spruce satellite office and maintains a ready supply of tires, tubes, oil, filters, grease, brake pads, Dacron, carbon fiber cloth, resin, dope, tapes and maybe a handy-size container of hydraulic fluid along with a hardware selection fit for an aviation big-box store if there were such things. He should have excellent tools for when you need to borrow them, and it’s imperative he own a 200-amp water-cooled TIG welder and know how to use it.

Besides all the hardware, our ace A&P should be connected. You’ll be asking him which is the best local radio shop or to give you a primer on whether you really need hull insurance or not. In a quiet moment your A&P can hint at which pilots are frequently flat spotting their tires, and when gawking landings your A&P mutters, “That man knows his airplane,” you can take it as high praise. That’s because a well-rounded A&P mechanic is also a pilot. He can test fly anything he works on and tell you why it needs to be handled the way he pilots it.

If you don’t have a mechanic like this at your home field, you might want to know how to spot one. An older, drafty hangar is a good clue, as is an 18-year-old pickup truck parked nearby. But the reality is there aren’t too many really good techs for older homebuilts for some reason. You’ll have to amalgamate your own from a collection of local fodder, plus import talent from the EAA Technical Counselor ranks and whatever experts near or far you can cumshaw via the internet or by picking up the lunch tab. You’ll still have to supply the grunt labor as no one really wants to pack your wheel bearings, even if you pay them. In the end the three or four of you will have the tools, knowledge and motivation to keep your old nail running. All part of the education and recreation of Experimental aviation. 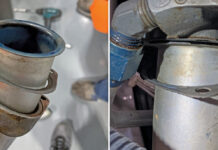 Your Head, Your Heart, Your Hands and the Truth 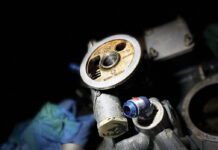 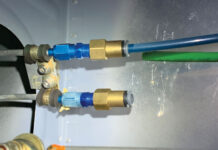 Mary Bernard - August 10, 2012
0
The FAA’s concerns about the issuance of Special Airworthiness Certificates for some factory-built Light Sport Aircraft may result in changes to ELSA as well. By Editor-in-Chief Mary Bernard.

Ed Wischmeyer - April 8, 2011
0
For the Pitts Model 12 from Jim Kimball Enterprises, the name of the game is power. By Ed Wischmeyer.