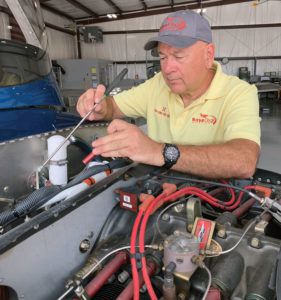 A question I get asked quite often is whether I can sign off the condition inspection while doing the prebuy inspection, especially when the aircraft being purchased is close to needing a condition inspection. I’m sure I’m not the only prebuy inspector who hears that, and I know the answer varies quite a bit. My answer is that it depends upon a bunch of variables, which I am going to try to explain here.

One hard and fast rule is that I won’t do a condition inspection unless it is in my shop. No, it’s not because I am trying to drive more business to the shop. It’s just that I find it very hard to perform a thorough condition inspection away from home. Why? First, all of my tools are at the shop. Yes, I take a bunch of tools with me when I travel to perform a prebuy inspection, and you can see the list of recommended tools for yourself in my recently published book, Pre-Buy Guide for Amateur-built Aircraft. But I certainly don’t take all of the tools needed to do a condition inspection, and I certainly don’t take any of the greases or other lubricants needed to complete a CI.

A really thorough prebuy inspection should uncover all of the major faults with the aircraft, including everything from paperwork and maintenance wear items to compliance with SBs and ADs. As a matter of fact, the purchaser of an aircraft who has asked me for a prebuy will receive a very thorough report, including pictures, of all of the discoveries. Theoretically, they could give this list to their mechanic or the seller and, with a little extra work, could probably complete a CI. The difference is that the CI will include fixing all of the discrepancies.

Oh, fixing them is the difference? Yes! If you look at the required wording that must be entered into the logbook for a condition inspection, it includes the phrase “in a condition for safe operation.” Personally, I find it hard to make this entry if there are known discrepancies that could affect safe operation. To be clear, I am not inferring that all of the discovered items must be fixed as some may be minor and could be deferred to a later date.

Let’s look at some examples. Tires are the first to come to mind. Many times on a prebuy I will discover that the tires are OK but may not have much tread left. Think about one of the first things the new owner will probably be doing when they get their new toy home—takeoffs and landings. It’s in every pilot’s DNA. Next comes taking friends and family for rides. I will certainly point out to them that they should keep an eye on the tires, but that’s certainly not a sale showstopper or even a CI no-go. They are a visible item and can be checked on every preflight.

Brake pads are a different example. Often during a prebuy inspection, I will discover the brake pads are either close to the limits or sometimes past the limits. Certainly I will make a note of them to the potential buyer, but I don’t carry parts with me on a prebuy inspection, so they can’t be replaced if they are beyond limits. That certainly would preclude a condition inspection sign-off, especially since the brake pads on aircraft with wheel pants are hard to check on a preflight.

Leaking intake gaskets are another example. We discover a lot of those, both on prebuys and CIs. By themselves, they aren’t going to cause a serious problem as they start to age and become brittle. Most pilots will just notice the idle is not as smooth as it should be. However, we do immediately replace them when we discover they are leaking and sometimes even proactively replace them around 500–600 hours if they have never been changed. Again, I don’t carry intake gaskets when I travel, but they do get replaced in the shop quite regularly.

Many will argue with me that it is only recommended, and I agree. I also remind them that we are flying single-propeller airplanes. I will sign off a CI if the propeller is not too far overdue, with the recommendation that it is scheduled and performed sometime prior to the next CI. That gives the owner some flexibility with scheduling.

Let’s discuss some prebuy findings that aren’t negotiable, some by my standards and some by FAA rules. Take for example the SB for a certain range of Slick four-cylinder magnetos, SB1-15A, which we quite regularly find affected. If you aren’t familiar with the SB and are taking care of your own airplane, you should look it up. It calls for replacing the K3008 distributor gears that have copper electrodes with new ones that are made of Monel. I know some of you are going to point out that it’s an SB and those don’t impact amateur-built aircraft. This one calls for replacing the gear within the next 50 hours. Hmm…that might seem important. We’ve replaced quite a few of them, and in one case it could have been catastrophic. The owner had brought his airplane in for a CI. When we ran it up, as we always do prior to starting the inspection, one magneto was dead. Upon checking, both magnetos were affected by this particular SB. When I opened up the dead magneto, the copper electrode was discovered to have come loose in the mount! It was never going to fire properly. Upon discussions with the owner, he stated that the magneto checks prior to takeoff were normal, so this particular one failed somewhere during the hour-plus flight to the shop!

There are other SBs from various kit manufacturers that are just as serious. When I see one issued with the stipulations that it should be complied with prior to further flight, that is an attention getter. Missing spar bolts, especially on aerobatic aircraft, are important. Again, that is something I have discovered during a prebuy inspection, but we don’t have the bolts to fix it when away from home.

Paperwork is just as important as the mechanical condition of the aircraft, and when it comes to amateur-built aircraft, there are some extra requirements. Take a close look at the airworthiness certificate and you will see a note that says the operating limitations of this date are a part of this airworthiness certificate. Guess what that means? Both of them must be carried in the aircraft in order for it to be airworthy. About once a month, sometimes even twice a week, we will inspect an aircraft and the operating limitations are nowhere to be found! Sometimes the aircraft is on the second or third owner, and they have no idea what I am talking about. This is a clear example of an unairworthy aircraft. The fix is not that difficult, in that you can usually go to the FSDO or find a DAR with the right function code, and they can reissue the operating limitations. There is also a copy of them on file at the FAA in Oklahoma City, and you can request a copy.

So, will I or have I ever signed off a CI while doing a prebuy? Of course. Usually when they are completed at our shop, unless there are real showstoppers, the new owner will ask us to fix everything and proceed with a CI if the dates are close. If away from home and no discrepancies are found, and the owner can show me that a checklist was followed, all SBs are up to date and the owner is familiar with the aircraft and has been doing the maintenance, I will give it some consideration. I think that has happened only once or twice in 13 years. So don’t be upset if your prebuy inspector won’t sign off a condition inspection. There’s a lot of difference between the two.

It’s also a good way to keep the fun factor alive—don’t skimp on maintenance or inspections. 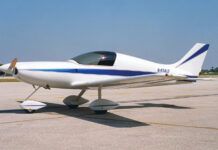