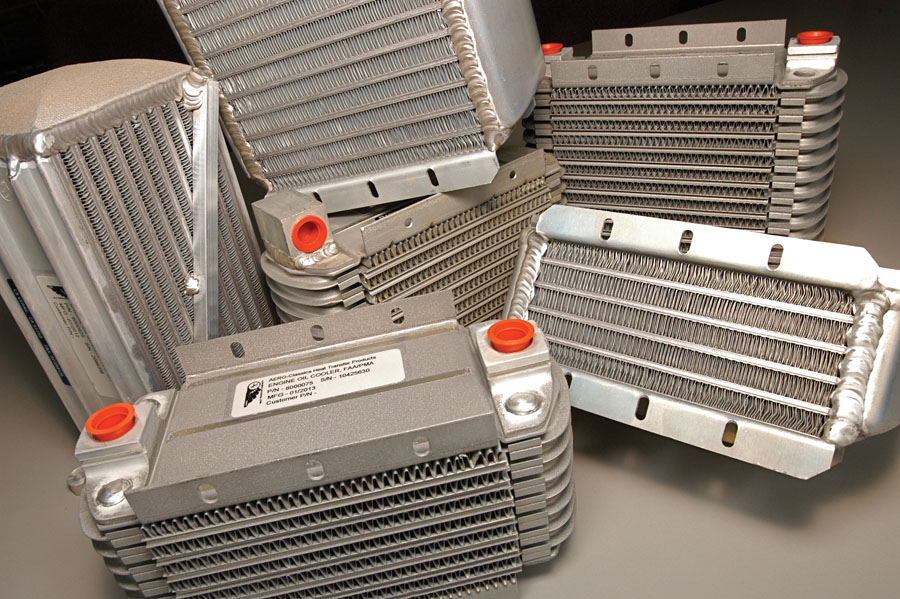 Last month this space was filled with my pedantic droning on why oil warms up when confined inside an internal combustion device. This month my penance is to write something more practical, as in, how to get the heat out of oil.

There are two strategies to keep oil from overheating: 1) cool it by shedding heat to the atmosphere via a radiator of some sort, and 2) don’t let it get hot in the first place.

Efficient engine design and operation is how not to excessively heat oil. As Experimental builders, this is an area with a little more elbow room than you might think, but it pretty much boils down to burning less fuel more efficiently. Less fuel burned is less waste heat to reject, including to the oil.

Optimizing the fuel system to allow lean-of-peak operation is the primary real-world oil-cooling tactic. That, unfortunately, pretty much leaves aviation’s traditional metered leak carburetion behind, although the twin-carb Rotax engines are not so bad. But fuel injection provides more control over cylinder-by-cylinder fuel distribution than carburetion, and electronic fuel injection can be optimized to beat mechanical fuel injection, especially over a wider engine operating range.

An accurate, powerful ignition system with an advance curve is also a help in burning as much of the fuel sprayed into the engine as possible. The big enabler here is adjustable ignition timing, especially at altitude or when running throttled back or during the holy grail of running lean of peak.

To illustrate the power of lean-of-peak, in my box kite with Bendix fuel injection and a pair of fixed-timing magnetos, LOP reduces fuel consumption approximately 15% in return for about a 6% reduction in airspeed, and once again, less fuel equals (far) less heat into the oil. My 540 Lyc’s CHTs drop from 375 F ROP to 315 F LOP, and after a while the oil migrates down from 210 F to 185 F under typical conditions.

That’s not to mention a 5+ gph decrease in fuel consumption (or, ahem, an 8 mph drop in cruise speed).

Sort of an oil cooling option is to increase the engine’s compression ratio slightly, typically with special pistons. Again, this increases efficiency—less fuel is burned for the same amount of power made. The trouble here is humans such as me are far more apt to use the extra power from increased compression for better climb rates or higher cruise speeds, which absolutely raises oil temperatures.

Also, in the real world not getting the oil hot via optimized compression, ignition, and fueling pretty much translates into flying high and lean. That’s good news for going places, but not so relevant to aerobatics or back-country flying.

Another area less explored is to pump oil more efficiently through the engine. Now, this is a job for engineers with a development budget, so please don’t run down to the hangar and de-shim the oil pressure relief valve on your engine to lower oil pressure. But understand the engineering trend is to lower oil pressure, viscosity, and the volume pumped. It saves gas and reduces oil heating by reducing friction. It’s a trick for new engine designs.

More practical is to recall CHTs are related to oil temperature and trend together. In other words, an engine hot for any reason makes hotter oil, so whatever cools CHTs will also reduce oil heating. A good example is the exhaust system. The more restrictive it is, the more exhaust gas backpressure develops, which in turn heats the cylinder heads. Bingo, the oil temp goes up as well. Most commercially available exhaust systems for popular kit aircraft are pretty good these days, but there are still some old-school pipes on older Experimentals. If yours are pinched, dented, and join at right angles, there’s back pressure involved, and thus hotter than necessary oil. This will show mainly during full-throttle blasts and high-load cruising.

Moving on to shedding oil heat, the emphasis shifts to the oil-to-air cooler. First thing to realize about oil coolers is air doesn’t like going through them. Air takes one look at a cooler’s closely spaced fins and flows around the cooler if at all possible. It takes high air pressure dammed up on one side of the cooler and lower pressure on the other to get air through the cooler. And public enemy number one? Compromised engine baffle seals.

Most of us haven’t internalized just how much efficiency is lost to gaps in the cooling baffles, but all those little holes and folded over seals really add up. If you’re chasing hot oil temps, repairing every torn, floppy, folded-over baffle seal and siliconing shut small gaps is absolutely job one. At first this might not make a noticeable improvement, but as you goop shut the last few holes cooling really improves.

If you’re building or rebuilding a project, consider plenum cooling—fitting a cooling airbox over the top of the engine. These aren’t strictly necessary on lower performance applications, but are proven superior cooling and less maintenance intensive than baffles-to-the-cowl.

Another tactic is to duct air directly to the cooler. Big hot rod engines have large coolers, and if it’s a Lycoming, a large cooler probably won’t fit on the rear cylinder baffles or up front, right behind the cowling’s cooling air inlet. By necessity the cooler ends up on the firewall and requires a dedicated cooling air duct. These work much better when fabbed from sheet metal or composite rather than SCAT tubing because the ubiquitous orange duct’s corrugations kill airflow.

Depending on the cowling exit size—too small lower-cowl exits are another major problem on homebuilts—it might make sense to build a dedicated cooler exit (yep, another hole in the cowl) rather than trying to open the lower cowl.

Frustrated builders often give the oil cooler itself the evil eye, and sometimes it’s warranted. But before condemning a cooler, consider comparable aircraft and their oil cooling experience. Most often it’s getting air to, and then through, the cooler that’s the issue.

But it could be too small a cooler. If you hot-rodded the engine to make more power, a stock engine cooler could easily be overwhelmed in summer. If piston oil squirters were installed, you’re guaranteed a larger cooler is needed, unless the original was too large.

Then there is oil cooler style. Today you have a choice of the less expensive, less efficient, drawn-cup construction, or the more expensive, more efficient bar-and-plate units. If you have the room, simply fitting an oversized drawn-cup cooler is likely the less-expensive-but-still-works solution. But if the cooler mount is already fabricated or room is an issue, a bar-and-plate cooler lowers oil temps 5 to 10 F in my experience. For more on oil coolers see the July and August 2013 issues of KITPLANES. 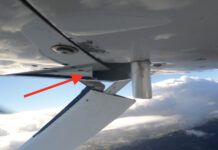