Now GRT Horizon pilots can have all the information provided on current paper charts and much more, without the hassle of carrying paper or an extra tablet.

Annual subscriptions to Seattle Avionics ChartData for the Horizon HX and HXr are available at SeattleAvionics.com/GRT. Customers can choose a VFR-only package for $99 per year that includes geo-referenced Sectional Charts and airport diagrams, or an IFR package for $199 per year that includes all the VFR charts, plus geo-referenced Instrument Approach Procedures, STARs, DPs, Minimums, and IFR Low- and High-Enroute charts. 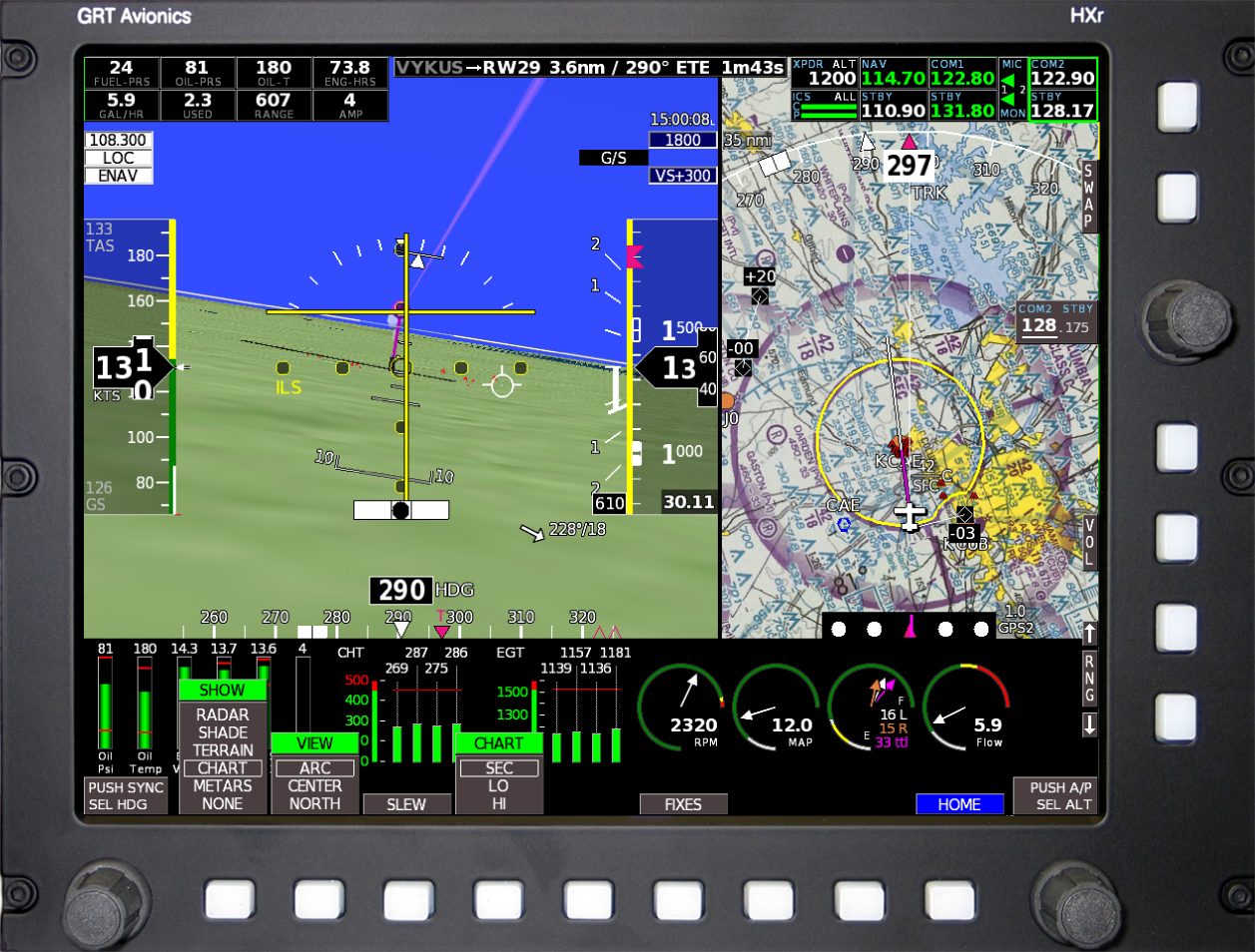 Support for Seattle Avionics ChartData is a major new feature of the HXr version 2a and HX version 6a software updates, available as a free download at www.grtavionics.com. In addition to the basic GPS-based aircraft position displayed on the chart, GRT has added features for increased situational awareness, such as ADS-B traffic overlay and airspace alerts. Many of the features of the traditional GRT moving map have been retained on the chart views. Pilots can quickly choose from a variety of chart views or the traditional GRT moving map to satisfy the requirements of the flight as situations change. 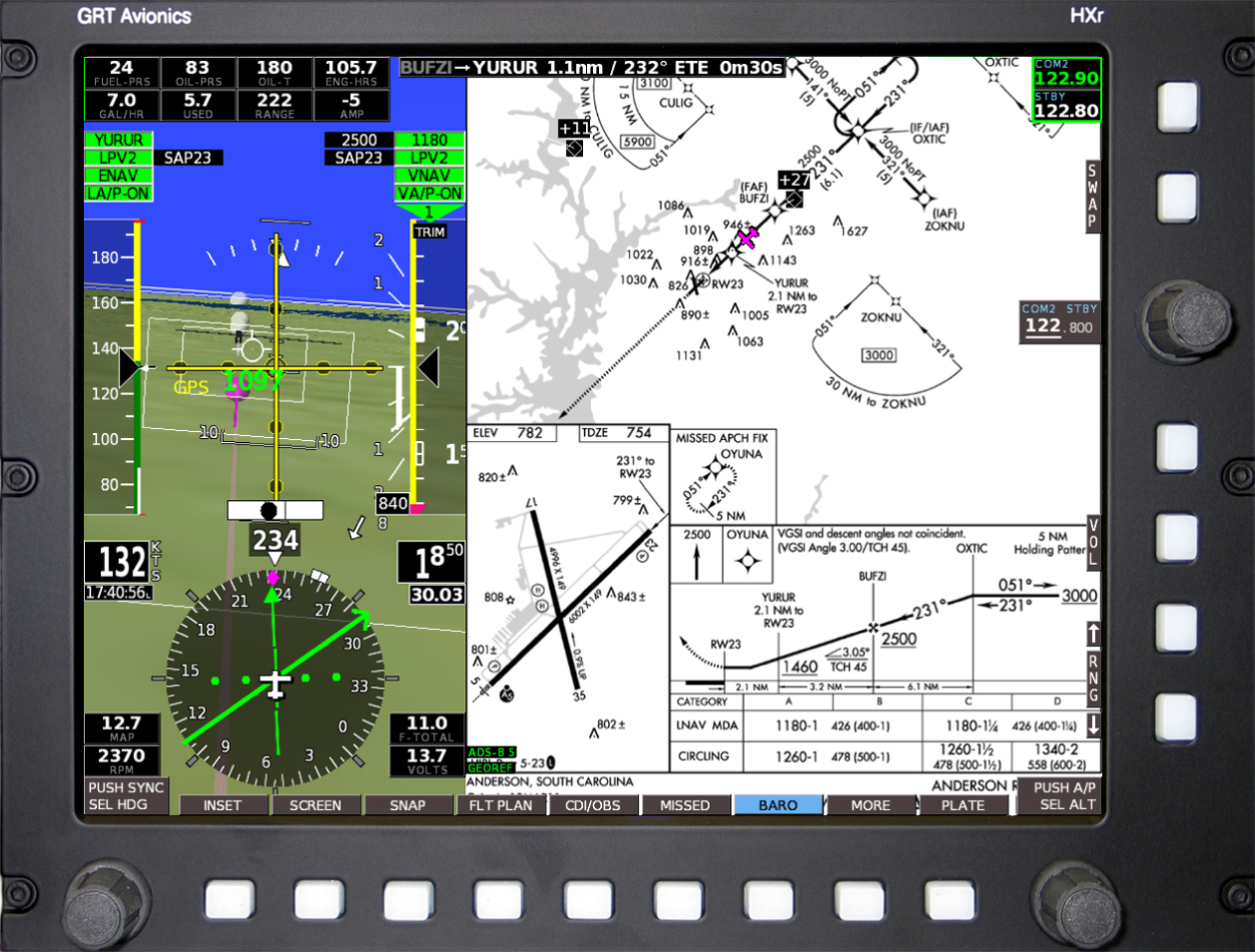 • TIS or ADS-B traffic information displayed on Sectionals and IFR charts, just like the regular moving map. Pilots can quickly toggle traffic “on” or “off” if traffic congestion covers up vital information on the chart.

• The EFIS flight plan course line overlays the chart, and can be viewed even when GPS is not available—meaning the drawn-out flight plan is retained like a line on a paper chart, even if the GPS signal is lost in flight.

• Never get lost on the ground again! Geo-referenced airport diagrams for major U.S. airports are included with both the VFR and IFR packages.

• Pilots can use the GRT Map Selection Tool to select airports and navaids directly from the chart, allowing quick direct-to navigation and easy retrieval of airport details or frequencies.

• HXr users can choose their favorite chart view: Sectionals and IFR enroutes can be displayed in the inset window or a larger split-screen next to the PFD, engine or map screens. 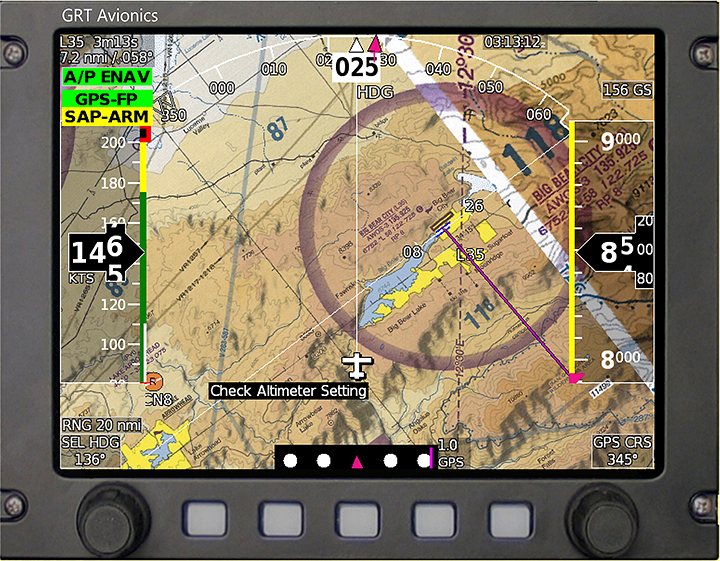