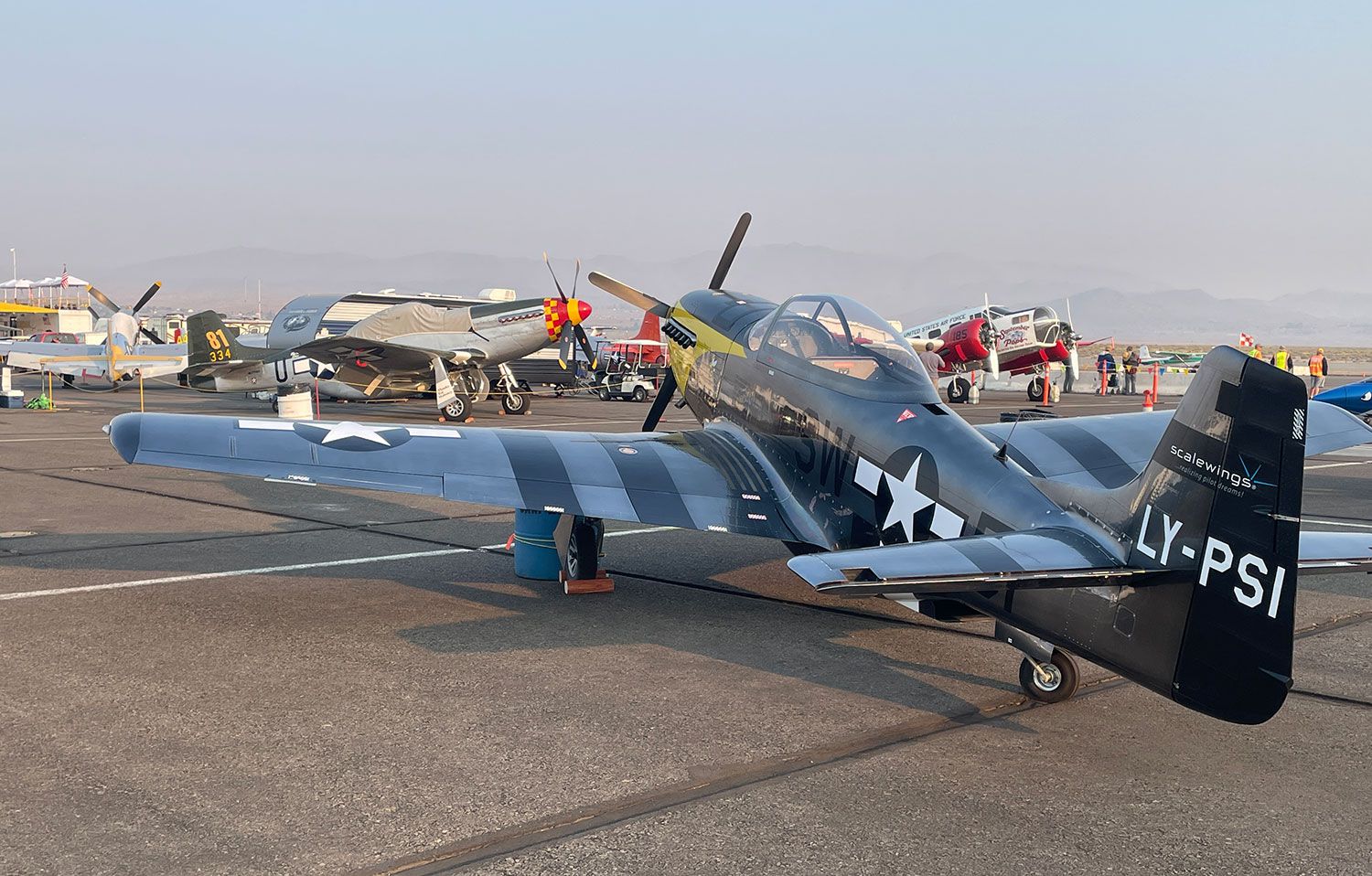 Walking the pits at Reno, you pass through a few rows of RV’s, Lancairs, and Glasairs, then a couple of aisles of T-6’s. Next, you come to the big guys—Sea Furies, big Grummans, a Corsair, and finally a couple of rows of Mustangs. This year, when you hit the east end of the Mustangs, you might find yourself doing a double take. There’s the most awesome, beautiful Mustang… but it looks sort of small.

There’s an old Star Wars line of dialogue that might be apropos and goes “Aren’t you a little short to be a stormtrooper?” Well, yes – the Scalewings SW-51 replica is, indeed a little small, but what it might give away in size (it’s 70% of the 1945 vintage Mustang) it makes up for in incredible detail! We’ve mentioned the new kit offering from Germany in our 2022 Sun ‘n Fun coverage, and again when we saw it in Oshkosh in July – but neither time prepared us for watching it fly a demonstration flight here at the Reno Air Races.

Powered by a Rotax 915is, our first thought was that this thing needs about 250 horsepower. But Trevor ‘Dozen’ Aldridge, the factory demo pilot here in the US, just smiled knowingly and said “that was my first thought as well, but wait until you see it fly!” Shortly thereafter, we saw it appear off the runway in a steep climbing reversal, and yup, we were impressed. Not only with the climb, but also with the apparent speed, and even the sound. For some reason, it doesn’t sound like it a typical Rotax – it hums more like, well, a Merlin. It scooted along with a scale speed that appeared to match what we are used to seeing in the Sport Class—we’re not saying it would be a competitive race machine, but it certainly didn’t appear slow or underpowered. It’s a 1200-pound airplane with 141 horsepower, even here in Reno with a density altitude of over 6,000 feet.

We hope to get a chance to fly this very new offering in the kit market soon. As impressed as we are with the visual details (the composite skin duplicates every rivet, screw, and bolt), we look forward to seeing just how it handles and performs and we’ll let you know what we think! 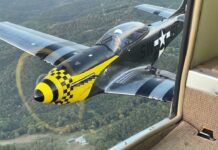 The Future of Homebuilding: Builders

Bob Hadley - May 14, 2021
3
From a machinist’s point of view, the clamp couldn’t be simpler: A couple of grooves, some bolt holes and you’re done.