We’re going to determine the loads in the major parts of an elevator control system. The particular system here is similar to that of many aircraft, using a pushrod back to the elevator. Another popular approach would be to replace the large pushrod with stranded wire cables. We’ll discuss a cable aileron control system in another article. 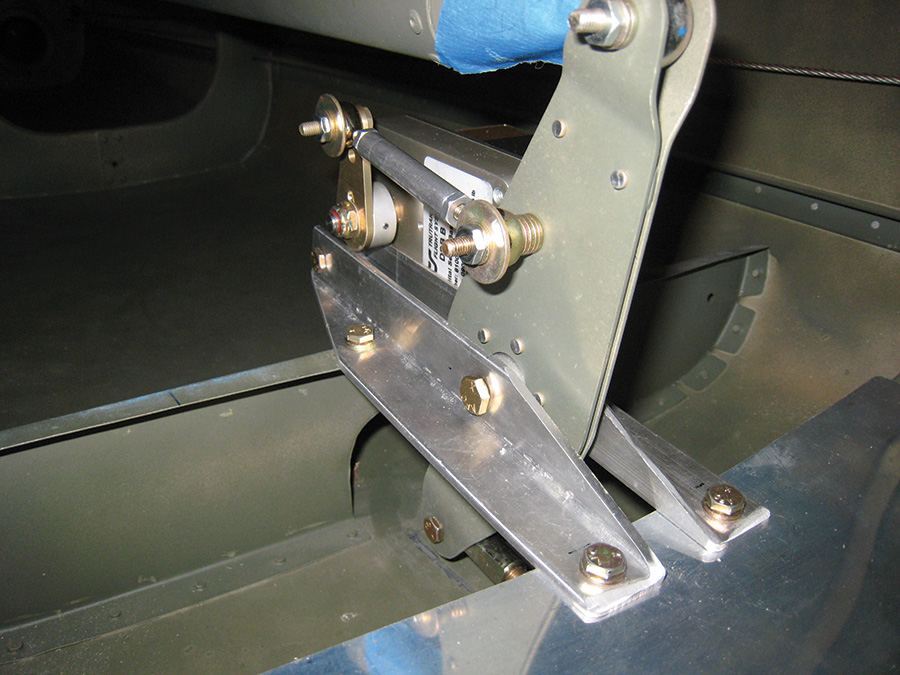 This RV-3 elevator bellcrank illustrates a typical control system. The autopilot servo and pushrod were installed with mocked-up hardware that was replaced before flight.

This article will use a considerable amount of basic algebra and trigonometry to find and track the loads through the airplane. The math isn’t hard, and if you have a calculator, you can find the trigonometry numbers easily. Otherwise there are online resources.

Figure 1 shows the control system we’re going to consider. This structure is “determinate.” In other words, a free-body diagram is sufficient to determine what the loads are. The loads in a determinate structure can be defined by the conditions of equilibrium. In an indeterminate structure, you’ll need to consider the relative stiffness of the various parts because they share the loads; we don’t know which part carries what load without factoring in their relative stiffness. We don’t need to do that here. 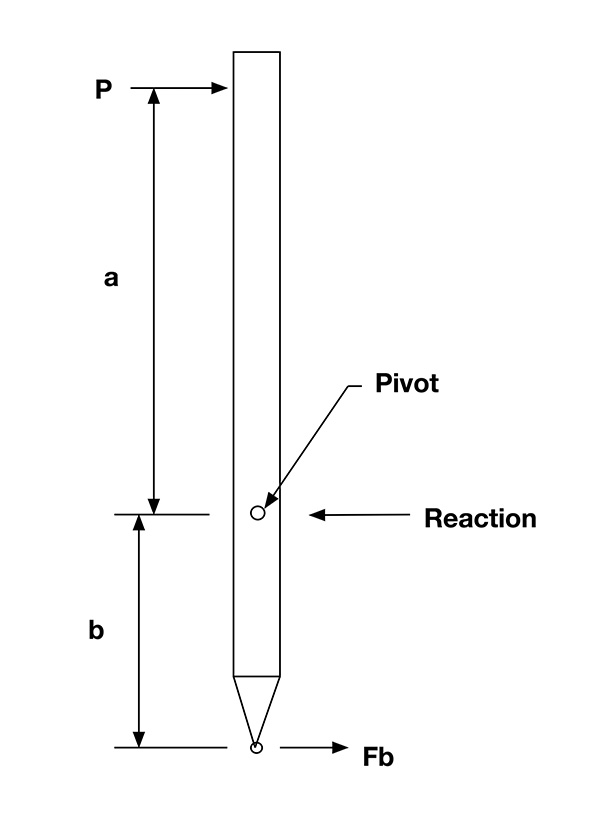 While it’s not required for Experimental aircraft, a certified aircraft’s control system has to be designed for the control forces of FAR 23.397. For the elevator using a control stick, the limit load is 167 pounds. If we wanted a control wheel, the elevator force would be 200 pounds. We’ve got a stick so our load is 167 pounds. On Experimental aircraft, it’s not necessary to follow the FARs, but they embody lessons learned the hard way and there’s little reason not to.

We’ll start with the load P at the stick and take it back to the elevator. The first thing we should do is make a free-body diagram of the control stick (See Figure 2).

There is a certain similarity in this analysis to a weight and balance calculation. In both cases the job is to find the moments and then either find a distance or find a force. The basic relationship is the same:

To get either the force or the distance, if you have the moment, divide the moment by the other.

A moment, as used here, refers to a bending moment. If the elevator control system used a torque tube, that would be in torsion, and it would still be a moment. Regardless of whether it’s torsion or bending, every moment is still a force acting perpendicularly to some distance or length.

From that, and by looking at Figure 2, we see that the bending moment at the control stick pivot is the force times the distance:

This is the moment that the control stick will have to withstand at the pivot.

The control stick pivot carries a reaction force R that reacts these two forces, the hand-applied force, and the lower pushrod force. This is why Figure 2 is called a free-body diagram; we’ve removed all the external connections to the stick and replaced them with the forces they exert, setting the control stick unconnected and free. Since the stick is not accelerating, its forces and moments must balance, as Newton told us, and that requires a reaction force: 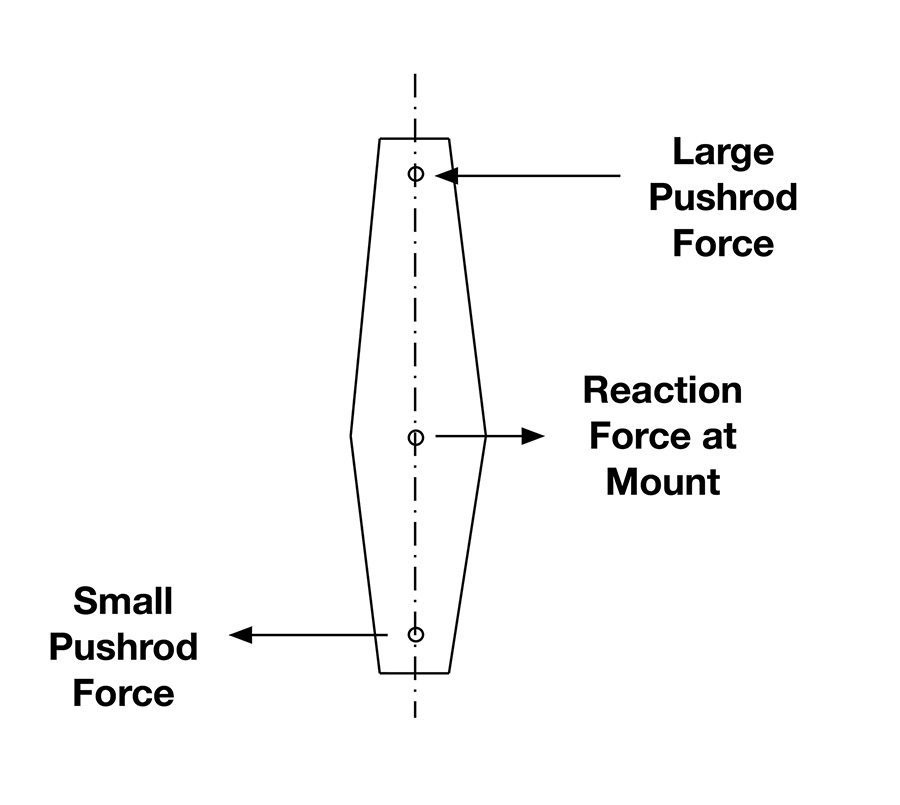 Figure 3. Free-body diagram of the bellcrank.

And, like before, the force on the large pushrod is therefore

With this, we can make a free-body diagram of the bellcrank and find its pivot force.

The reaction force is:

This force is applied to the parts that support the bellcrank. Usually this would be some sort of fitting attached to a bulkhead. Don’t forget that the fitting puts this load on the bulkhead, and that the bulkhead needs to be able to carry the load.

Knowing the force on the large pushrod, we can find the bending moment on the elevator horn. 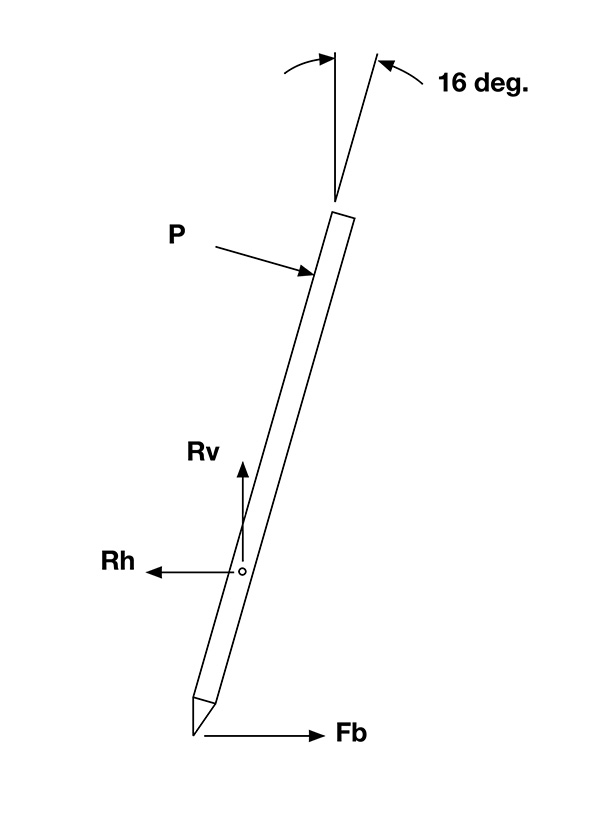 This moment is what the elevator itself needs to be able to bear. If the aerodynamic loads aren’t that large, and they often aren’t, especially when the aircraft is on the ground, the elevator control stops need to support that load.

That’s about all it takes to find the loads—except that it’s also worth checking the forces at the full deflection each way. The analysis is the same sort of thing, but now there are angles to consider. When the elevator in the sidebar example is 30 up, the control stick is 16 aft. The free-body diagram for the control stick is shown in Figure 4.

A Bit of Trigonometry

Here’s the first trigonometry lesson for the day:

Any length or force like A that’s at an angle to the reference coordinate system can be transformed into its components, which have to be perpendicular to each other. You’ll have to look up the values for the sine and cosine of angle N or get it online or from a scientific calculator.

The moment at the pivot is still

The force applied to the small pushrod is

The next step is to look at the bellcrank and see what it’s doing. No surprise, the small pushrod pulls the bottom forward. How much? Looking back to Figure 1 and the trig lesson, we see that the small pushrod has moved

where distance f is the amount that the small pushrod moves.

Time for another trigonometry lesson:

and the expression “sin-1” means the angle whose sine is f / c. It’s also called the “arc sine” or “arcsin.” Again, you can look it up, get it online, or from a scientific calculator.

The moment at the bellcrank becomes

on the large pushrod is 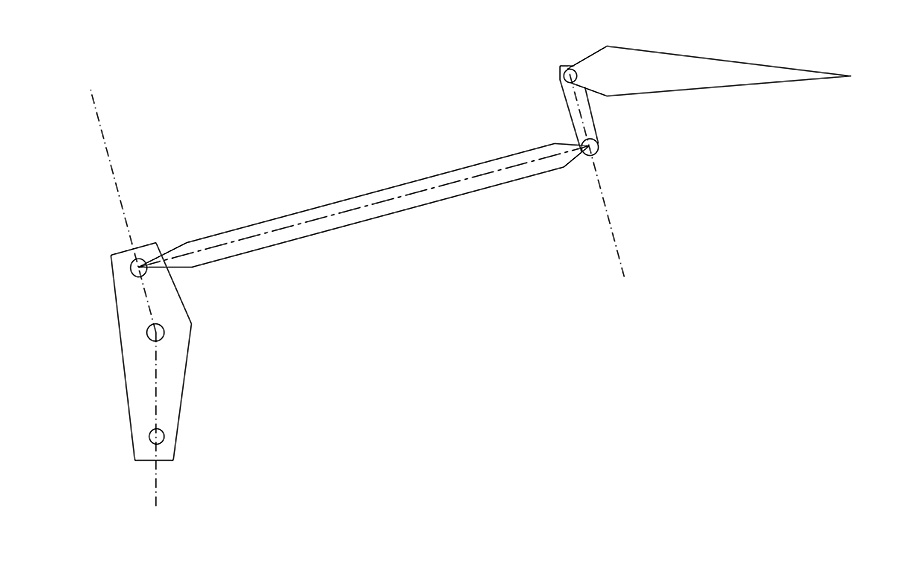 Figure 6. This sketch shows how even with skewed parts, a control system can have pushrods perpendicular to bellcranks or control horns.

Here’s what we know about it: 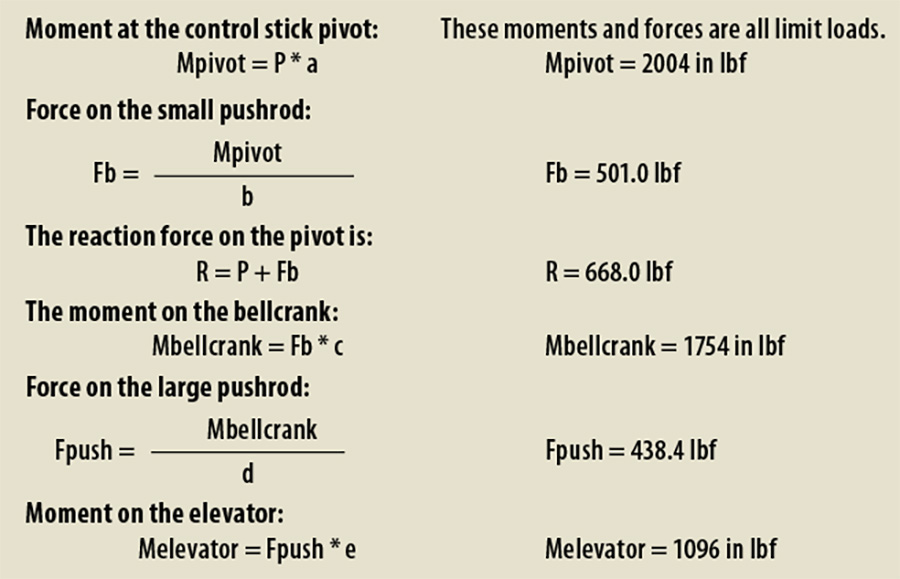 Ishmael Fuentes - July 19, 2011
0
Many factors go into designing and building good engine mounts, including consideration of the engines thrust line and gyroscopic precession effects. They deserve our respect.