You still need‭ ‬a solid-performing transponder now that ADS-B Out is the rule‭. ‬As proof‭, ‬we’re hearing field reports of new and existing ADS-B Out systems flunking performance reports because of Mode C transponder issues‭. ‬The lesson learned for those purchasing remote or add-on ADS-B Out technology is that nursing an aging analog transponder might not be even a short-term solution‭.‬

Start at the Antenna

And if you’re simply unsure whether to‭ ‬replace the transponder or its supporting antenna system‭, ‬take the airplane‭ ‬to a trusted avionics shop and pay close attention to the results of the system’s biennial certification‭, ‬which is governed by FAR 91.413‭. ‬During this test‭, ‬technicians are looking for specific performance characteristics to determine the‭ ‬overall health of the system‭. ‬Ask the‭ ‬shop if your system barely passed or fell well within specs‮—‬this is vitally important‭. ‬Many issues related to poor performance are caused by old antennas and cabling as well as creaky transponders‭, ‬and these tests will help you determine where to look and‭ ‬what to fix‭. ‬

The Dynon model is an obvious choice‭ ‬for newly installed or future installations of the company’s EFIS‭, ‬and allows you to save a bit of panel space‭. ‬

If you’re out of space for these rack-mounted units‭, ‬Garmin offers remote versions‭. ‬They are tuned directly on the screen of the GTN navigators‭, ‬and on the displays of the Garmin G3X integrated avionics‭.‬

We’ve favored this system because it works well in stark panels since it does‭ ‬double-duty as an ADS-B Out transponder and also displays weather and traffic on its touch display‭. ‬

L3‭ ‬never liked to call the NGT9000‭ ‬a transponder because it does a lot more‭, ‬but at its core that’s what it is‮—‬a Mode S Class A1‭/‬A1S transponder‭. ‬The new term is smart transponder‭, ‬with wireless connection to tablets and smartphones‭. ‬The unit uses a remote wireless module for that and is compatible with a variety of third-party apps including ForeFlight‭, ‬but not Garmin Pilot‭. ‬

We’re generally cautious when it comes to spending money on used avionics, and transponders are no exception. But with a good eye—and the right model—you might save some dough over buying a new one. 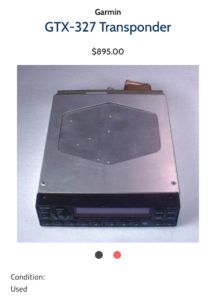 First, we caution against spending anything on an analog transponder. That is, one with a mechanical switch deck and non-solid-state internals. Legacy models from King, Narco and Collins all used cavity oscillators to generate their high amounts of power—some as high as 250 watts of output. After a long while these components break down, and eventually the transponder might only output half of that power. You know what that means—either you’ll hear about it from ATC or from your shop during a transponder check—and it’s one reason for upgrading. In our view it just doesn’t make sense to spend hundreds of dollars on these old rigs. We’re talking Bendix King KT 76A/C, Narco AT150 and Collins TDR950 to name a few.

One unit we’d jump at, if the price and traceability was right, is the Garmin GTX 327. This is an all-digital Mode A/C model that was popular pairing with the Garmin GNS navigator and has a good service record. Plenty still exist, but many are being removed for a relatively easy transition to the GTX 345. Searching the used avionics market, we found these units priced as low as $500 and as high as $1000 after a factory repair. In our view $750-$800 might be a fair price if it includes mounting rack and connectors. Don’t forget the antenna and altitude encoder, though, which probably won’t be included.

Like any used-market buy it takes a good eye to pick a cherry, and it should be obvious which ones lived a hard life. Are the labels on the function keys worn? Is the display and lens healthy? Team with an avionics shop that can put the unit on the test bench to make sure it’s a keeper. The right unit could be the best solution, especially if you’ve already installed a 978 UAT ADS-B Out system and are now faced with replacing the transponder.

Garmin says the GTX 327 is out of production and is replaced with the GTX 325, but it still supports the unit and charges a flat-rate factory repair of $598. Keep that cost in mind, as well as budgeting to buy a new install kit (several hundred dollars) when pricing a used one. 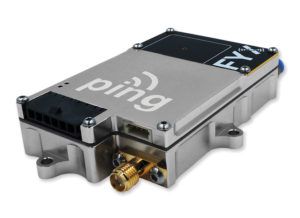 For the absolute latest, lightest and space-saving transponder tech look to the UAV market, where full-up ADS-B transponders are more compact than most anything made for our GA aircraft. Australia-based MicroAir Avionics is one that dabbles in both markets. The T2000UAV-L is the latest for UAV platforms, weighing in at 16 ounces. But for GA applications, it makes the T2000SFL, weighing 21 ounces and has a built-in altitude encoder. It also has smart features including altitude alerter with audio output for wiring into an audio panel. At press time the company’s website shows the unit out of stock, and we were unable to make contact with MicroAir to learn more about its future.

uAvionix is another with UAV transponder tech, including the $3999 Ping 200SR. It has the uAvionix FYX GPS for ADS-B WAAS position source and has WAAS signal jamming protection. At press time, uAvionix’s Shane Woodson said the company is planning to announce a trickle-down product for the Experimental aircraft market. Additionally, it’s working on the skyBeacon X—a 1090ES ADS-B transponder that has a similar form factor as the current 978 UAT-based skyBeacon wing-tip position light. Stay tuned, we expect more trickle down transponder tech from the UAV market, which will change the Mode A/C/S transponder design as we know it.

Barnaby Wainfan - September 12, 2019
0
Last month we took a look at the basic characteristics of the two most...