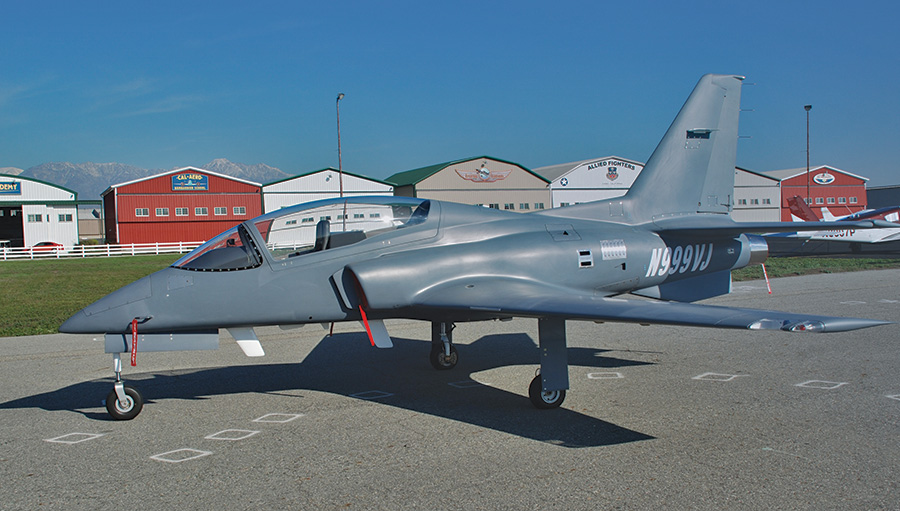 Viperjet N999VJ is right at home at Chino Airport in Southern California, where L-39s and F-86s are a common sight. Unfortunately they all share a common trait of devouring huge amounts of Jet-A on every flight.

Back in 1999, Rusty Skinner had the itch to build an airplane. He was looking for a high-performance craft with some real speed. When he saw the prototype of the Viperjet under construction by the Hanchette brothers in Pascoe, Washington, he was sold. The prototype had not yet flown, but Rusty knew that he had found his next project. The Hanchettes had begun work on a piston-powered pusher but decided even before flying that a pure jet was going to be the way to go. They planned to replace the big Lycoming with a Turbomeca Marbor II such as the ones found in the French Fouga Magister. This engine would have made the Viperjet reasonably affordable to build and fly.

Without so much as a flying prototype to prove performance, Rusty put down his money, which financed the first set of proper molds for the new Viperjet. The dream was to get a fast, economical homebuilt jet that would be easy to fly and reasonable to operate. There was more work to be done and more slippage of the dream than anyone expected, but today Rusty is flying his very own Viperjet.

The Viperjet lifts off for the first time with Lt. Commander “Bones” Medore at the controls. All systems functioned normally and handling was docile by jet fighter standards.

At the time this didn’t seem like such a wild thing to hope for. Jet fuel was selling for under $1.00 per gallon. The FAA had yet to craft many rules relating to amateur-built jets, mainly because there weren’t any. The Turbomeca burned something like 100 gallons per hour of Jet-A, not exactly efficient but tolerable. Unfortunately, by the time Rusty was flying, everything had changed.

Jet-A is now over $4.00 per gallon, and that is down from its peak. The Turbomeca engine didn’t produce enough thrust, so it got replaced with a powerful but thirsty General Electric CJ610 engine out of a Learjet 23. The FAA now requires the equivalent of a type rating to fly the Viperjet, and that must be renewed yearly. The one-page maintenance program that the Hanchettes managed to get approved when the first prototype flew grew to 66 pages and had to be created with no factory support. And the once attainable service ceiling of 45,000 feet has been trimmed down to 28,000 feet by Reduced Vertical Separation Minimum (RVSM) rules. 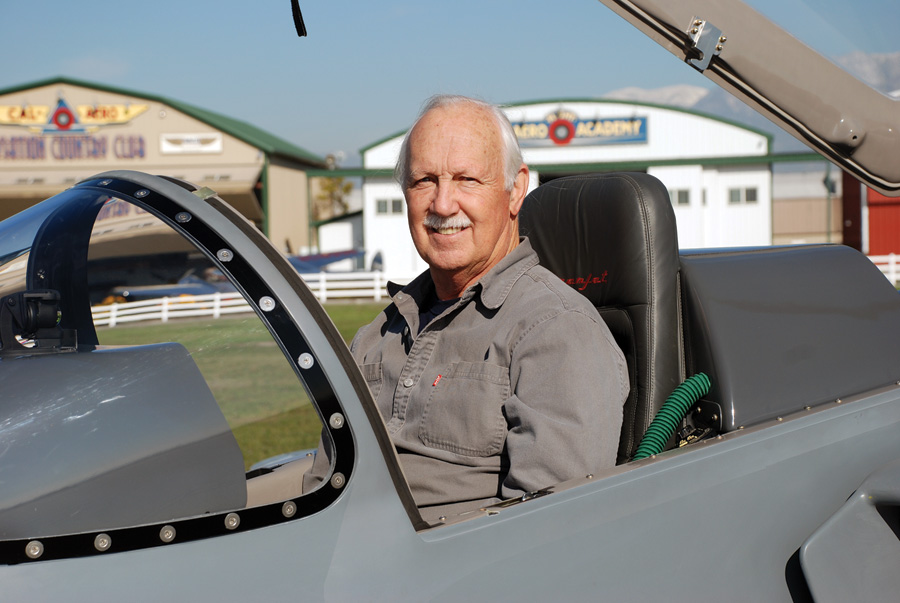 Owner/builder Rusty Skinner is still smiling even after 15 years of work on his Viperjet. Luckily for him he loves to build.

No Plans or Instructions

The biggest problem Rusty faced, again and again, was that the Hanchette brothers were just barely ahead of their builders in figuring things out as they went. There were no plans or instructions for the Viperjet. Trips to the factory to photograph and measure the prototype took the place of the missing plans. And when parts were not forthcoming, Rusty had to make his own. The engine choice went through three iterations before one stuck. A General Electric T58 helicopter engine was tried after the Turbomeca engine, but it too was rejected because it was underpowered. With the CJ610 the plane now performs like a real fighter, but runs out of fuel before you can fly anywhere.

All of this could have discouraged lesser men, but Rusty never gave up. He loves the building process, and he loves meeting a challenge, figuring things out, and blazing a trail for others to follow. He had exactly the right temperament to take on this project. As a result he has one of the few completed Viperjets in existence. 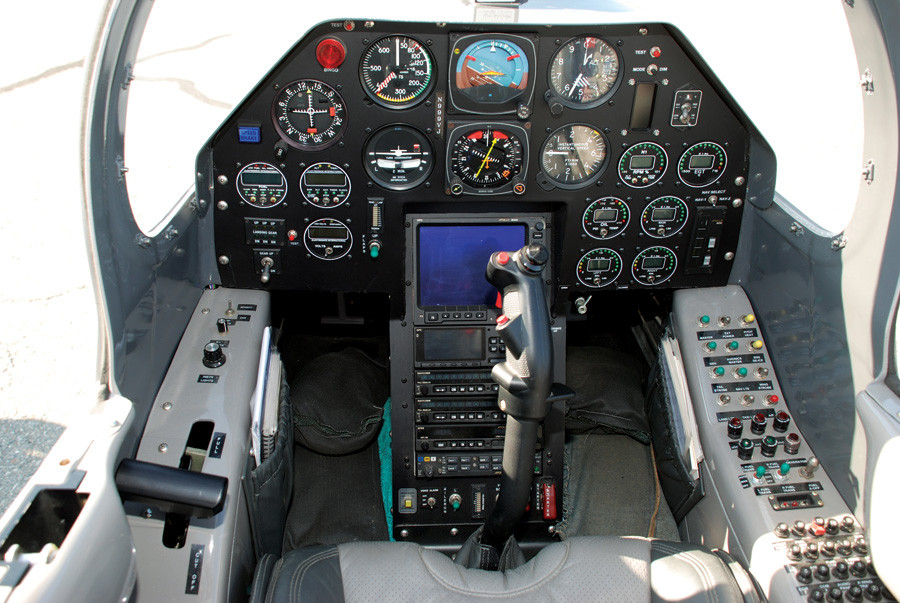 An extended building process and the rapid changes in avionics have left Rusty with a beautiful, but now obsolete, panel. It is, however, very functional, so Rusty doesn’t mind.

Rusty began his project with the interior and the instrument panel, since the engine selection process was making it difficult to do anything in that regard. The kit came with an empty fuselage when he started, so every interior item had to be designed and molded out of fiberglass from scratch. Later kits had more of these parts prefabricated by the factory, but one of the perils of going first is not having things worked out ahead of you.

Rusty wired the panel himself with a little help from Western Avionics out of Orange County (John Wayne) Airport. His panel is state of the art from 15 years ago. It still looks impressive, but no one would build a panel like that today, and some of the items are no longer even serviced by their manufacturer anymore. Extended build times cause such problems as this for many builders in this age of rapidly evolving avionics.

As Rusty proceeded through the build process toward completion, two key people emerged to help smooth the way. Cliff Tabor was a long-time jet mechanic who had cut his teeth on the old Learjets. He knew the CJ610 engine inside and out. His assistance and tutelage made it possible for Rusty to get the engine installed and running as well as it does. This was a great benefit because jet knowledge is hard to find in the Experimental/Amateur-Built world. Lots of people know about Lycoming piston engines, but hardly anyone has ever built a homebuilt jet before.

The other great find was Lt. Commander Doug “Bones” Medore. He is a real live Navy fighter pilot who had finished out his service as a Top Gun instructor. Who better than he to fly the Viperjet and train Rusty to pilot his own fighter jet? On May 30, 2013 Bones took off from Chino Airport to become the pilot of the first customer-built Viperjet. He describes the plane as easy to fly and very forgiving—for a fighter jet, that is.

At this point Rusty is getting his share of stick time in his new jet, but the requirement of a type rating flown to ATP standards and renewed every year is daunting for a pilot with lots of much less precise flying in his logbook. For the time being Bones will be flying with Rusty on their many short trips. Their hope is to make a flight to Phoenix sometime in the near future, but the fuel situation makes that a real challenge. What they need is another tank to get access to another 100 gallons or so of fuel. The Viperjet Mark II has this extra fuel capacity, but Rusty is unsure of just how to fit that much fuel in his plane. Maybe he could fashion himself some drop tanks. 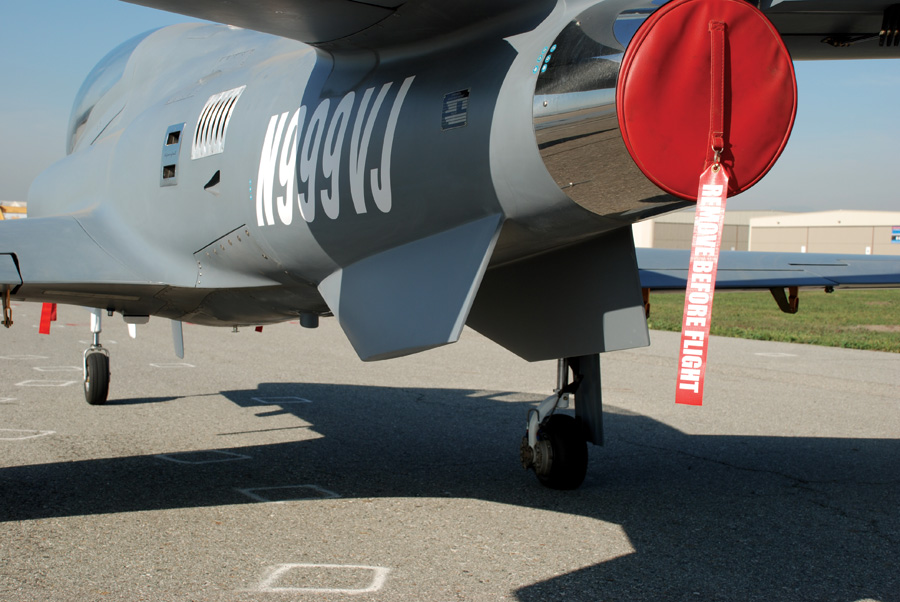 Strakes add yaw stability and were part of the original design.

One thing Rusty has noticed while flying the Viperjet is the need for very precise pitch control. At 300 knots even the slightest pitch change can cause a large change in altitude in a big hurry. This is not news to people who fly such planes, but for those of us who spend our lives flying at half that speed or less, it is a real eye-opener. Fortunately the Viperjet has a fairly reasonable stall speed of 77 knots in the landing configuration, so coming over the fence at 100 knots and touching down at 95 knots makes for landings that are similar to those of many light twins. 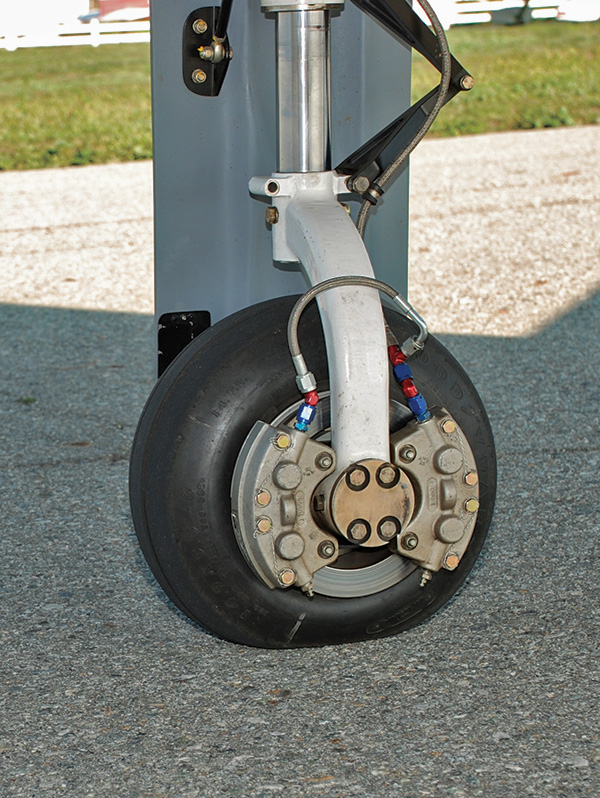 The weight and landing speed of the Viperjet requires some serious brakes, especially since it does not have any thrust reversers.

Once the plane was flying, new problems emerged. A weld on the nosegear strut failed on landing, damaging the composite structure as the nose slid down the runway with no wheel under it. The repair wasn’t too difficult, but it did take the plane out of commission for several weeks during the flight test period. More recently the computer that controls the flaps and landing gear failed. Luckily there was no damage as a result, but Rusty had to replace the computer with a system of more conventional relays that will hopefully prove more reliable.

Two other things have made the whole process more difficult. One, Viperjet is no longer in business, and two, since so many other builders hired professional help, there has never been an online builder forum such as we find with other more popular kits. When you are the first builder, there is no real way to know how these things will turn out; but for most builders, the lack of support from other builders is in itself a good reason to look elsewhere for a project. It is hard to describe how much help builders have received from forums such as Van’s Air Force, RANS Clan, or GlaStarNet.

If you had this to do all over again, knowing what you know now, would you do it?

Rusty’s answer is probably not. He loved the building, in spite of its many challenges, but the end result is just not what he was looking for when he started.

The engine problem caused two very negative outcomes: fuel cost is too high, running something like $800 per hour, and the range is too limited. Lastly, the need for a type rating, which was not the case when he began, has made flying the Viperjet solo much more difficult than he ever imagined.

Rusty says, “If you plan to take on a project like this, you had better like building.” Fifteen years is a long time to spend constructing and refining an airplane project. This is only for people who can work with minimal help and who love the building process, which is certainly not everyone.

So what are Rusty’s plans for the future now that his personal fighter jet is a reality? He is looking at installing some spoilers to help manage steeper descents. These are an option on the Viperjet Mark II, so the engineering is already done. The Mark II was developed while Rusty was building his plane and includes such items as the spoilers, cabin pressurization, added fuel, and other refinements. None of these planes is flying yet, so those refinements are only potential benefits—if these planes ever make it to completion. In the meantime Rusty is flying, albeit not exactly in the manner he had hoped for. 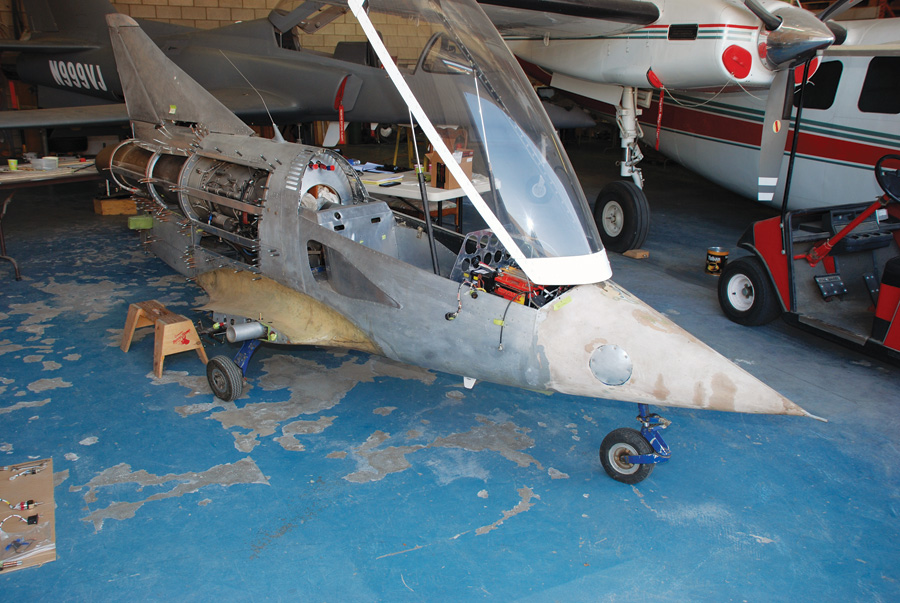 A still rough-looking but steadily progressing BD-5J is coming together alongside the now-complete Viperjet. It should be a real crowd pleaser when it is finished.

Lest anyone think that Rusty’s appetite for jet-powered challenges has been satisfied, a quick look through his hangar reveals a BD-5J under construction with that leftover T58 engine stuck behind what will need to be a very brave pilot. None other than Bones, Mr. Top Gun himself, plans to pilot the BD-5J at airshows. The 900 pounds of thrust produced by the T58 engine should make for some pretty spectacular vertical penetration, but the plane’s limited fuel capacity will keep the show short. There is no promised completion date for the BD-5J, but there seems little doubt that Rusty will finish it. He is not one who ever gives up. 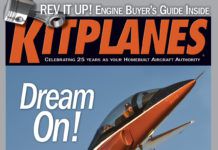 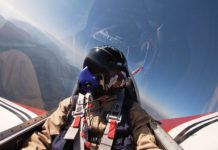 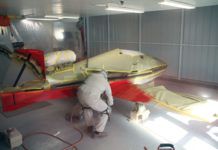 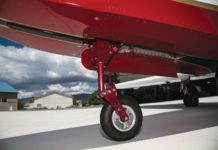 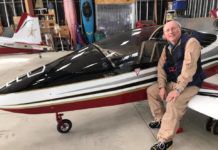 Back In the (jet) Saddle Again!