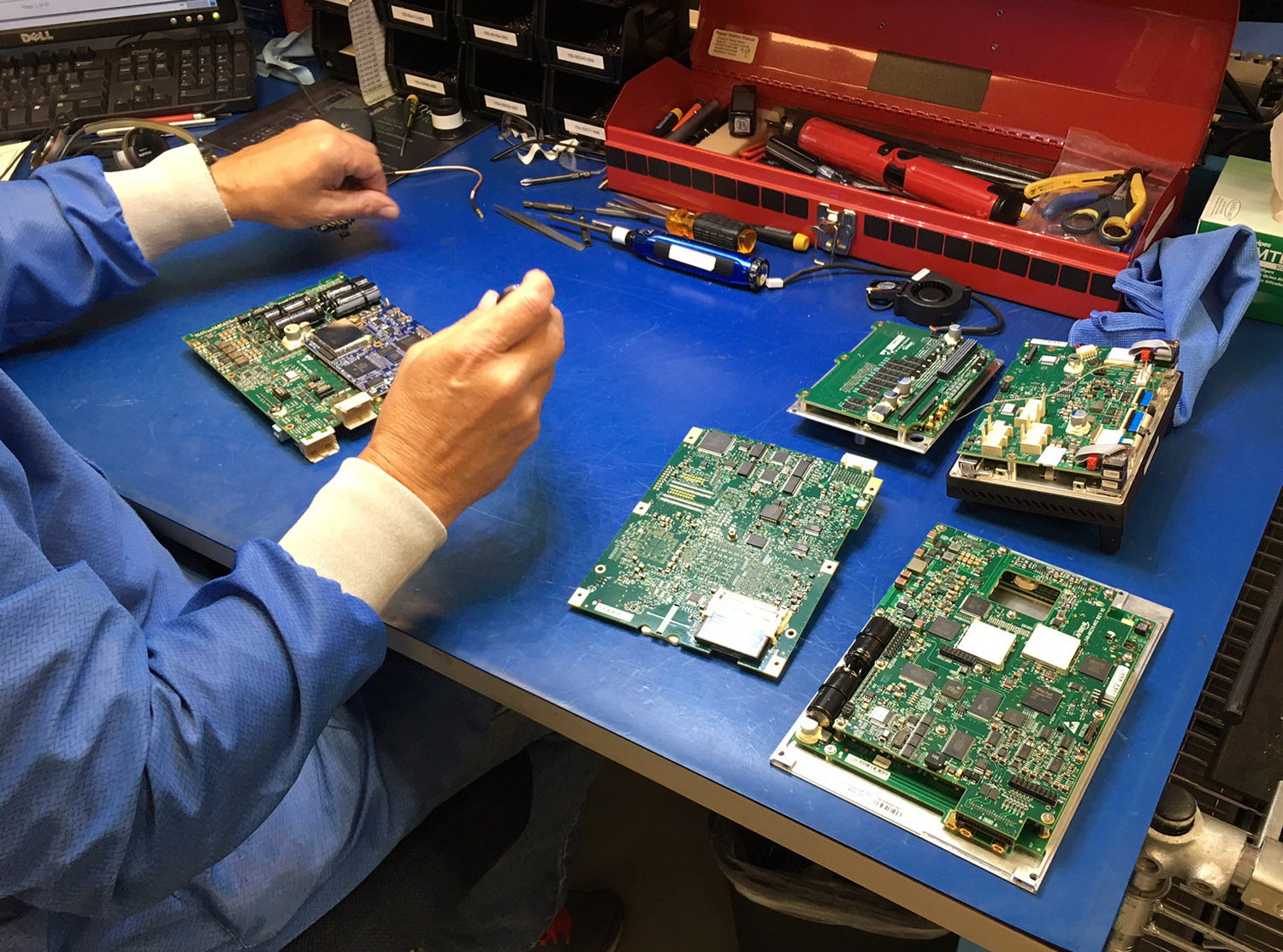 Today, as part of a class taught by Gary Reeves (of Pilotsafety.org) on how to master the Avidyne IFD 440/540 IFR navigators, we paid a visit to Avidyne Avionics’ facility in Melbourne, Florida. There, we got to see exactly what is inside the box—in this case, the box of a 540 sent in for an upgrade and checkout. The answer, as you can see from this picture, is a whole lot of very tightly packed electronics.

Avidyne build their own boards and assembles the boxes at this facility, going from raw components to finished and tested units. their facility includes the usual pick and place machines, automated soldering stations, and a full complement of environmental testing booths used to bake, freeze, and shake the daylights out of each and every box before it goes out to a customer.

While much of the microscopic process is automated, we saw a number of highly skilled technicians going over boards with microscopes and soldering irons as well—and quality control processes dominated the facility, with checklists and flow charts at every station. Both new boxes and rebuilds/repairs go through similar flows, so that Avidyne is as sure as they can be that when a box leaves their facility, it is the best it can be.

It is amazing for this old pilot and airplane builder to see the state of the art that has developed in the past few decades of electronics. The first radio in the first airplane I personally owned was a Narco MK III Omnigator that, I believe, still had a tube or two—or at least generated enough heat to have had them. Today, we were shown a handful of resistors that were as small as grains of sand, all being placed by robot machines on high density, multi-layer boards. Yes, avionics have come a long way—not only in capability , but in quality, and plain old wonder.