Back in August 2008 (and September and October) we delved into the topic of replacing incandescent navigation lights (wingtips and tail feathers) with solid-state LED devices. We found that the LEDs on the market would far surpass any specifications that the FAA put out for nav lights. Now it is time to start tackling part two: the anti-collision light (aka rotating beacon). 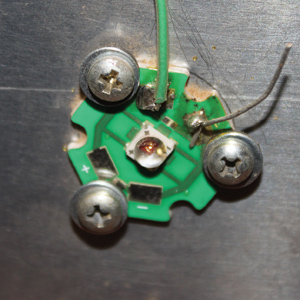 A 3-watt red LED. It is about the size of a quarter. The substrate (green board part) is actually thermally bonded to an aluminum backing plate to get most of the heat out of the LED and onto the large aluminum mounting plate. The white LED is exactly the same size and construction and about 30% brighter.

You can make the rotating beacon out of white or red lights, so use whichever color you wish and for which you can find the appropriate lens. There is a large problem, though, and not surprisingly the FAA in its infinite wisdom has tossed its resolution directly into our laps.

Here’s the deal: If your aircraft had its type certificate applied for before August 11, 1971, the light must put out at least 100 candlepower for 360 horizontally around the aircraft and +/-30 up and down from the horizontal plane of the aircraft.

Or if your aircraft had its type certificate applied for before July 19, 1977, the same specifications as (a) in FAR 23.1401 apply, but the light has to put out 400 candlepower.

Note: There is a provision for a small amount of blockage in the wrap-around 360 horizontal to put a shield in the forward direction that will keep the light out of the cockpit and the pilot’s eyes. The actual amount of blockage allowed by FAR Part 23 is one-half steradian.

So what is a steradian? When you have a blockage of x degrees in one dimension and y degrees in a second dimension, you can take the product of x times y and divide it by 3280 to find out how many “square degrees” or steradians it blocks. For example, if we block an area top to bottom of 90 and left to right of 20, we would be blocking an area of (90×20)/3280, or a little more than half a steradian. You can fiddle with the blockage of a little less than 90 and make the mask exactly half a steradian.

I must admit, in 50 years of dealing with the FAR, this is the first time I’ve ever seen an integral equation in the body of a regulation, as the FAR tells you what the “effective intensity” needs to be.

But back to the problem at hand. When is a homebuilt’s type certificate applied for? The answer, unfortunately, is that it’s the date on which you apply for your airworthiness certificate. If you are currently building, that puts you squarely in category (c), the most difficult one.

Therefore, I’ll have to be somewhat vague when I tell you how to make a rotating beacon, because how you go about it depends on your airworthiness certificate date. Version (a) is pretty easy, (b) makes it a bit more difficult and (c) is a real engineering job.

See the table for how bright the light has to be as a function of angle above and below the center of the aircraft for category (c) beacons (per FAR 23.1401).

Now that we know what the problem is, we can set out to explore some ways of making this little project work.

I’m thinking (and I’m working to get some hard numbers for a future column on this topic) high-powered LEDs (3 or 5 watts) arranged in some sort of circle inside an old rotating beacon housing. I began by considering four LEDs (facing forward, aft, starboard and port), but preliminary calculations show that to meet the requirements of (c) it may take as many as 16 individual LEDs. The real trade-off, as usual, is dollars versus light output. Three-watt LEDS are about $5 a pop, 5-watt $10, and 10-watt $25. You don’t even want to know what 40-watt LEDs go for.

At first I thought it would be cool to have a real “rotating” beacon with each LED being lit in a chase-your-tail-around-the-flagpole arrangement, and, quite honestly, the circuitry to do it is trivial. However, the more I thought about it, the more complex this option became with individual switching transistors for each angle.

My current thinking is to make a solid-state flasher, with all of the lights turning on and off at the same time. This will allow us to use a single really “moosey” power transistor switch to turn the lights on and off. Again, the requirements tell us that the lights have to turn on and off at least 40 times a minute and not more than 100 times a minute. I prefer a faster flashing light, as it would seem to be more visible. We’ll do our design to push that 100 flash-per-minute limit.

Finally, this little rascal has the potential to get pretty warm, especially if we end up with a double bank of LEDs on 45 centers. How we get the heat out and what that heat might look like will be part of the design for your aircraft.

I don’t have all of the answers right now, but we’ll learn more together as the concept develops. I love doing projects like this. They bring to mind Wernher Von Braun’s comment: “Research is what I am doing when I don’t know what I am doing.” Stay tuned. 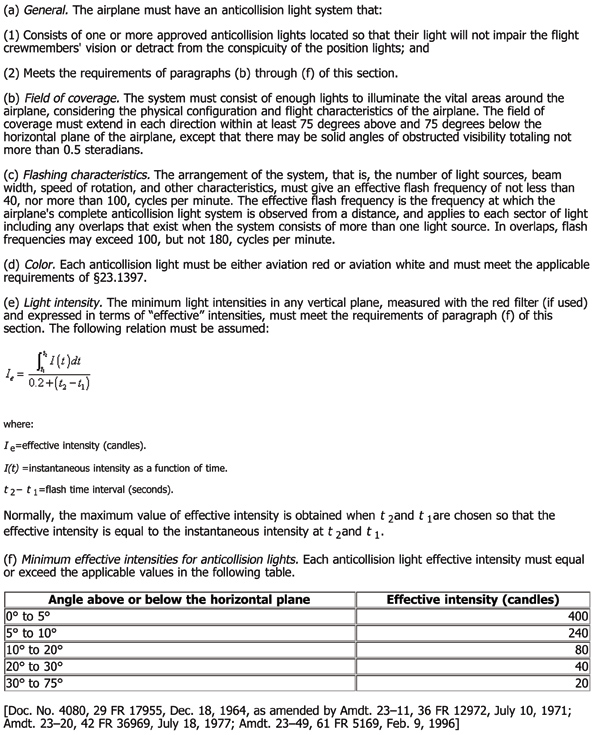 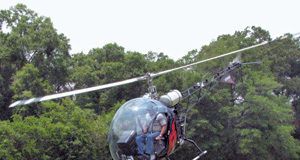 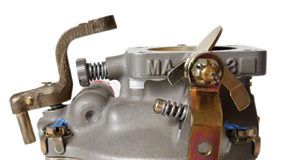 Marc Cook - January 19, 2008
0
A recent announcement that a major manufacturer would no longer be making and selling carburetors came as a shock. Although another company has taken up the challenge and will supply carbs, at least for the time being, this news may be the impetus needed to move more aviators toward fuel-injected power for their homebuilt aircraft.