Question: Im having trouble with nav light selection. My goal is to have LED lights, but also to be legal and safe. So lets say you make your own LED light assemblies (as some have done on RVs) and your DAR certifies your plane. Are you (the builder who made the airplane and the lights) then considered to be FAA approved as an OEM (original equipment manufacturer)? Also, are non-TSOd lights legal for night flight?

Answer: Your question is a common one. A lot of people are confused about the lighting requirements for flying amateur-built aircraft at night.

The DAR does not certify the aircraft for night or IFR flight per se. Your operating limitations will contain a paragraph that states unless appropriately equipped for night and/or instrument flight in accordance with part 91.205, this aircraft is to be operated under day VFR only. This puts the monkey on your back. You must determine that your lighting system meets the requirements of 91.205.

Fabricating your own system does not make it OEM. Even though, as the builder, you are considered to be the manufacturer of your aircraft, this does not extend your rights to be an original equipment manufacturer.

Your lighting system does not have to be TSOd. However, it does have to meet the specifications spelled out in the FARs for aircraft lighting and if questioned, its up to you to prove that it does. Now in the real world, I have never heard of anyone being called on to provide this proof. Its similar to the ultralight requirements in that if it looks like it meets specifications, it typically isn’t questioned. Thats not to say that it cant be questioned, just that it is not the norm. 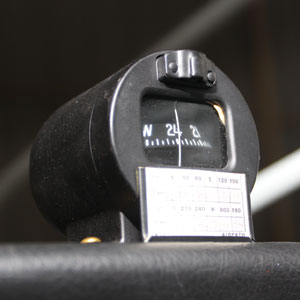 A wet compass isn’t needed as a magnetic direction indicator if an EFIS is installed in the panel.

Question: According to the DAR who will sign off my RV-10, I need a wet compass. I have an Advanced Flight Systems 3500 EFIS on the pilot side and an AFS 3400 on the copilot side, each with its own magnetometer and independent battery backup. I don’t have room in the panel for a wet compass, and I don’t want to slap one on the glareshield or the windshield post.

Answer: First, FAR 91.205 is the regulation that addresses instrument requirements and only applies to aircraft with a Standard Category U.S. Airworthiness Certificate. For Experimental/Amateur-Built aircraft, 91.205 applies for night and/or IFR operations by direction of the operating limitations issued for that aircraft. For daytime VFR operations, nothing in the way of instruments is required. FAR 91.205(b)(3) states that the aircraft must have a magnetic direction indicator. It does not say anything about it being independent of the electrical system. Your AFS EFISes will meet this requirement. If your DAR insists on a wet compass, ask him to show you the basis for his requirement.

Tom Wilson - September 20, 2016
1
Getting Practical-What can you do for a better engine?