Home Newsline News Caracas to Lakeland in a Long-EZ

If you ever begin to take your freedom to fly for granted, you should meet homebuilder and Long-EZ pilot Rudolfo Lucca. Rudy landed his beautiful Long-EZ on runway 9 at Sun ‘n Fun on Monday to conclude an epic flight from his home in strife-ridden Caracas, Venezuela.  To make this journey, Rudy had to deal with no electricity or water at his home, almost unobtainable Avgas and a governmental bureaucracy bent on holding travelers hostage for crushing user fees.   But Rudy is a man on a mission. His goal, to fly to Sun’ n Fun in the aircraft he constructed in his garage.

Rudy Lucca’s homebuilding story began in better times, when he completed his Rutan Model 61 Long-EZ in his garage in Caracas. He still smiles as he recounts his first flight. It flew straight as an arrow and handled like a sweet little personal fighter. Best of all, Rudy discovered the Long-EZ was a stable and efficient cruiser, capable of long distance legs with good margins for safety. With an efficient Lycoming O-235 under the cowl, Rudy can make good speed at mid level altitudes, sipping only 6.5 gph. With later additions of upgraded avionics, an autopilot and GPS, he had a capable traveling machine.

Rudy’s trip to SnF in YV101X began in Caracas, flying in loose formation with buddies Vittorio Assandra and Ricardo Coppola in a Cessna 206. He had to throttle back so that the Stationair could keep up. The intrepid Venezuelans flew the vast majority of the trip over water, VFR, no flight following, at 10,500 msl.   The first leg was a smooth, ending at El Higuero International Airport in the Dominican Republic.  The next morning the two ship formation took off from the Dominican Republic for a fuel stop in Stella Maris, Bahamas. From there, Ft. Lauderdale took another 2 hours and 19 minutes. Welcome to the Land of the Free. They did not take it lightly. Although the Venezuelans found the auctioneer pace of south Florida Controllers a challenge, they touched the numbers of Runway 9 with a sense of relief and accomplishment. Although Rudy will have to return to the chaos that is currently Venezuela, this week he is basking in the warmth of all that is aviation, and even more important, the camaraderie and support supplied by fellow pilots and home builders.

Rudy’s beautiful Long-EZ, YV101X, is parked on the front row of Homebuilt Corner, on the taxiway east of show central. 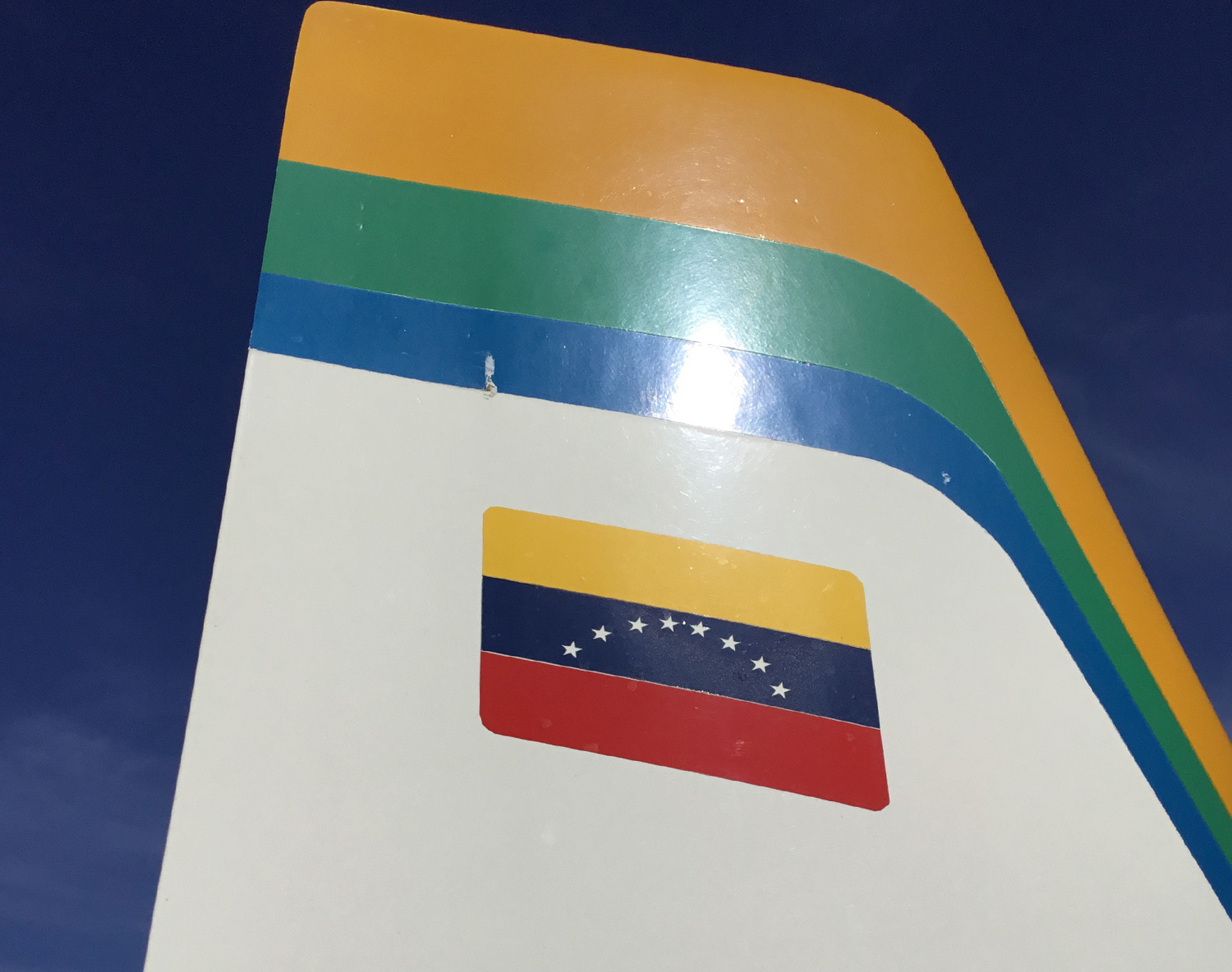