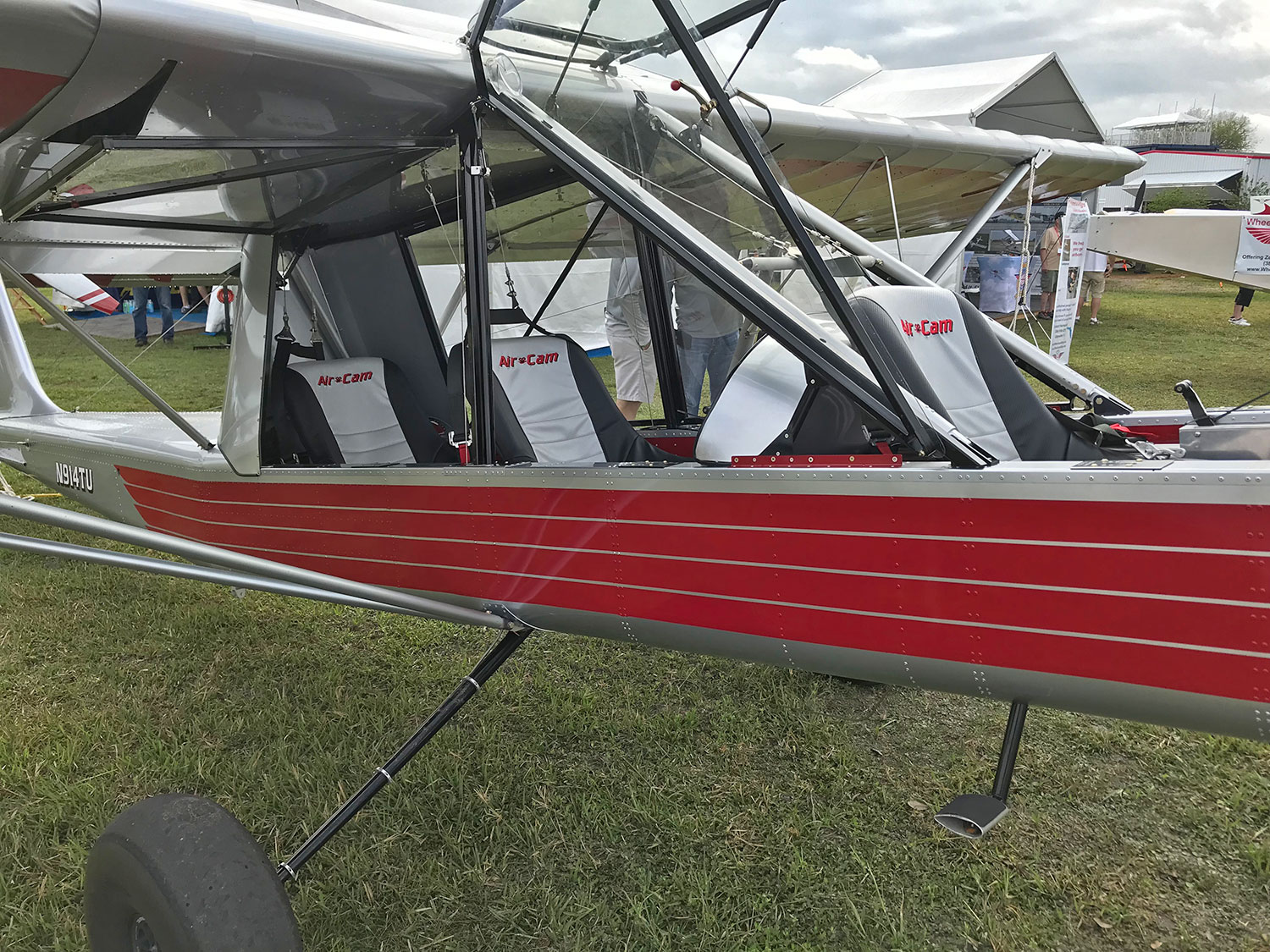 As reported in a press release last week, AirCam is unveiling their new three-seater at Sun ‘n Fun this week, and we got our first look as the show opened on Tuesday morning, and the wraps came off. Sure enough – the airplane is no joke, and now you can fly with two of your best friends in the twin-engine airplane that is known for great visibility and lots of fun.

Phil Lockwood, president of AirCam, told us that the advent of the big-bore Rotax engine kits is one of the reasons that the third seat is now possible. The addition of 15 horsepower on each of the two engines added enough power to make the airplane viable for the extra weight – and even maintain Lockwood’s goal of making the airplane safe even for single-engine operations.

In order to add the third seat and provide comfortable foot wells for the rear seater, some modifications are being made to the standard fuselage, there is some beef-up to the main landing gear attach structure, the landing gear legs are stronger, and additional doublers are provided for seat belt mounting.

We plan a complete review of the latest AirCam in an upcoming issue of Kitplanes Magazine.

In the meantime, here is Mar Cook’s video report: