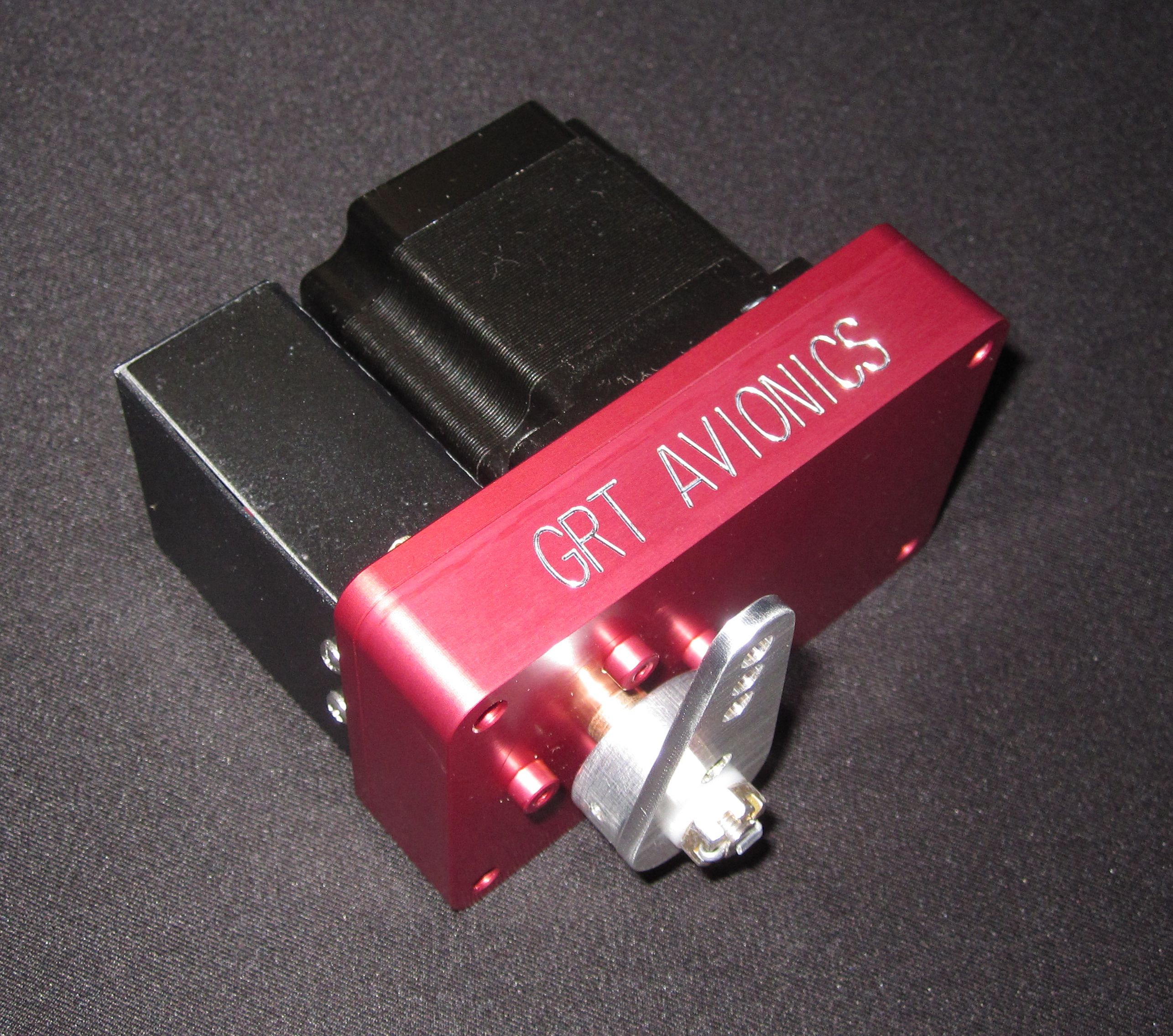 GRT Avionics, the company formerly known as Grand Rapids Technologies, brought a prototype of its new autopilot servo to Oshkosh. As with other EFIS-based systems, the GRT servo connects directly to the EFIS data stream and activates the aircraft controls without a separate control box in between. Designed to fit the same footprint as a TruTrak servo, the GRT system can be used with any of the company’s current EFISes; the servos contain microprocessors in each that interpret the commands from the EFIS.

In order to minimize potential servo lock-up, they are of a clutchless design; a shearable pin will physically disconnect the arm from the servo shaft if necessary. The pitch servo provides force feedback for trim annunciation.

According to GRT, full redundancy is possible using two GRT Horizon or Sport EFISes, or by using two screens and the company’s unique double AHRS module. Normally, the autopilot relies on information from one EFIS/AHRS combination, but a switch can be installed to drive the servos from the alternate system if necessary. Control of the autopilot is almost exclusively through the EFIS menu system, though the company expects builders to install a remote on/off switch, a stick-mounted control-wheel-steering button, and an “autopilot engaged” light.

GRT will have both lever-arm and capstan-style servos starting in November. Standard price is $850 for the roll servo and $900 for the pitch servo. For a limited time, the company is offering a $1000 rebate on the purchase of two servos ($450 for one).