For old pilot campers like myself camp food is an important matter. Like our non-camping old people brethren, old campers have lunch together and the major topic of conversation is where they are going to have dinner.

Camp food has an honored tradition. In Ernest Hemingway’s famous short story Big Two Hearted River, war veteran and outdoorsman Nick Adams gets dropped off by a train in the middle of a Canadian wilderness to hike. He makes camp, rolls over a log to find crickets, baits one of them on a hook and then proceeds to catch some trout with his fly rod. Nick gathers tinder and branches, builds a fire and proceeds to cook the trout in a pan. It heals his soul.

Current old pilot camper food preparation is just like that, without the crickets, the fly rod or the camp fire. In fact, you will not find any open cooking fires in the SNF campgrounds. You would be hard pressed to see any cook stoves at work. Admittedly those with full kitchens in their rolling aircraft carriers are probably baking canned cinnamon rolls in their convection ovens as this is being written, but not so much with us ground pounder tent campers. We have learned that a credit card in much lighter than a Coleman stove and a cast iron skillet.

There are many and varied food vendors on the field. For breakfast, you can get anything from a $4 Peachey’s donut (don’t Blanche, one bite and you will conclude it is worth every penny) to the traditional bacon and eggs. Of course old insiders know that the best deal on the field is the “breakfast in a cup” sold by the antique classic folks at their HQ. Grits, sausage, cheese and scrambled eggs in a styrofoam cup, just as God intended it.

Lunch on the field has even more offerings. An open food court south of the vendor hangars contains a plethora of tasty possibilities, from London broil steak sandwiches, to gyros (the Greek kind, not the ones that precess) to (I kid you not) a “Big Ass Burger.” This year there are another couple of food trucks located in the veterans field, including a wok and noodle joint.

Dinner is a different matter. That is when old pilots pile into various cars and trucks to venture onto Florida Avenue in search of local food. Creatures of habit, we often gravitate to the chain restaurants like Longhorn and Carrabba’s. Later in the week, we will take a chance on some truly local establishments, in search of excellent Mexican or Chinese cuisine. The food is good, the young waiters and waitresses are friendly and the margaritas taste especially excellent after a long day on the hot flight line.

Sorry to disappoint you Nick. But then again you did not have an Amex. 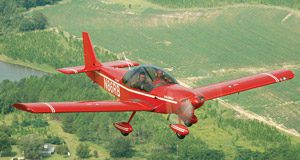