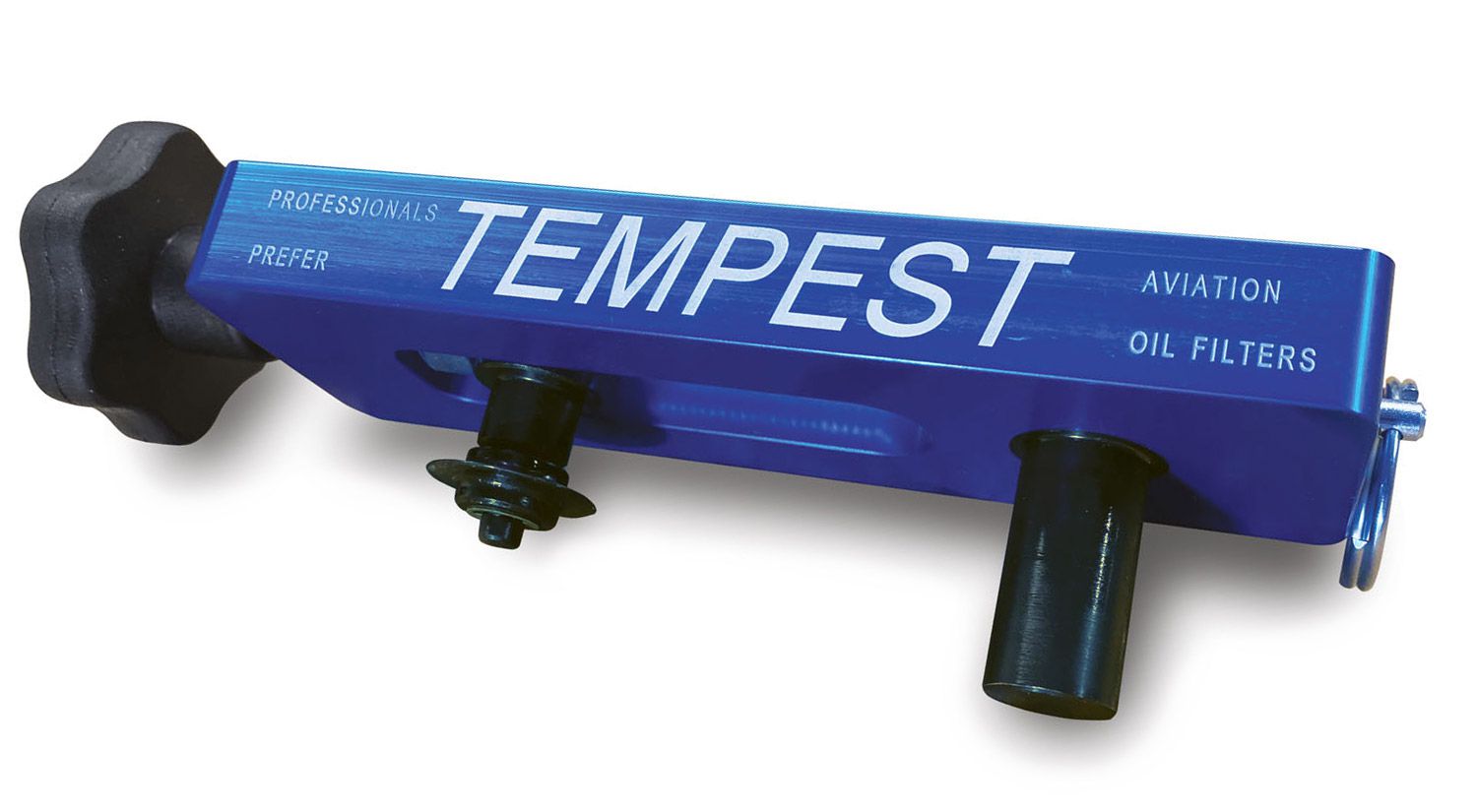 If you’re doing your own routine maintenance—and if you’re not, why not?—you’re going to need a means to open your canister oil filter after every oil change. There are choices on the market, and each design seems to follow a slightly different philosophy, even if the desired result is much the same: cut the base end off the metal filter body so you can examine the paper filter media.

One complication in our world is that there are basically three kinds of filters, including the small, spin-on style for Rotax engines that more resemble motorcycle filters than conventional aircraft pieces. Of the two remaining, there are differences in spec, whether they have an internal bypass or not and in overall length. But the one difference of most interest here is whether the filter has a male thread extension or a female equivalent to thread onto the oil-filter adapter. The male version is most common among Lycoming engines (typified by the 48110 part number), while Continental tended toward the female style (the 48108). What’s more, several aftermarket adapters, like the one on my Titan IO-340, use the version with the stud on the engine, not the filter.

All of this helps determine the right cutter tool to use. Most cutters do the same thing—ride a hardened cutting wheel against the filter case while either the filter or the tool is rotated. Some cutters use the mounting stud or hole as the stabilizing pivot, while others use a pair of bearings to keep the filter from sliding around while the cutting wheel does its job.

The Tempest AA470 depends on the tool holding the center of the filter in place while you rotate the canister along the cutting wheel. But here’s the cool part: The AA470 has a removable pin that allows for both the 48110- and 48108-style filters—leave the pin for the -108, remove it for the 110. Other tools may use a sleeve that fits over a smaller pin that itself goes inside the male, but that also requires moving the cutting head by way of a bolt-on spacer. That’s all fine if you only cut one kind of filter, but the Tempest is the hot ticket if you have to manage both.

Quite well, thanks for asking. The long sides of the AA470 are straight and parallel, as well as plenty thick, so securing the tool in a good-sized vise is easy. But I actually prefer to secure the filter in the vise and use the tool freehand to remove the filter base. After all, there’s going to be some residual oil in the filter, so you might as well let it stay in the housing as long as you can. Either way, the Tempest tool works well, with a sharp cutting wheel (replacements are about $10), a large knob for setting cutting effort and enough overall length to provide good leverage.

At $125, the Tempest AA470 isn’t the cheapest cutter on the market—nor the most expensive—but it impresses with ease of use, robust construction and the flexibility to cut either male- or female-thread filters with a 10-second tweak.

Dave Prizio - May 31, 2021
0
Dynamic propeller balancing can smooth out your ride and reduce wear and tear on engine parts.

Scott Spangler - July 18, 2011
0
Alan Arps, fourth owner of a Starduster SA-100 that had seen better days, treads the fine line between updating the plansbuilt design and keeping it true to its era.