I think it is about time to take a fresh look at an article I wrote for the grand-uncle of Kitplanes Magazine, Private Pilot Magazine (R.I.P.). That was back in the days of April 1979 when I still had brown hair, Atari’s Pong ruled the gaming world, and the San Diego Chicken returned to Padre Stadium amidst loud cheering.

At any rate, in that issue we introduced the aviation world to a new design of antenna, the cotanger. The cotanger antenna has been refined and studied in these ensuing 36 years, and I’m pleased to report that we have come to some astonishing conclusions.

The original design is shown in Figure 1. Note that the interconnect between the antenna base and the cotanger antenna was quite secure up to a speed of about 5 knots. Above this speed the antenna departed the airframe and rendered the system inoperative. In an attempt to rectify this situation, we experimented with two different fastening mechanisms shown in Figure 2. The paper clip on the near antenna held to almost 25 knots but a good bit of slam-banging was going on (doing a real number on the paint job on the upper wing) just before departure. The Band-Aid surgical tape on the far antenna held on until almost 40 knots. However, the residue from the Band-Aid glue was found to be conductive and negated any real experimentation with the unique self-resonant quarter-turn coils shown on this device’s top radiating rod. 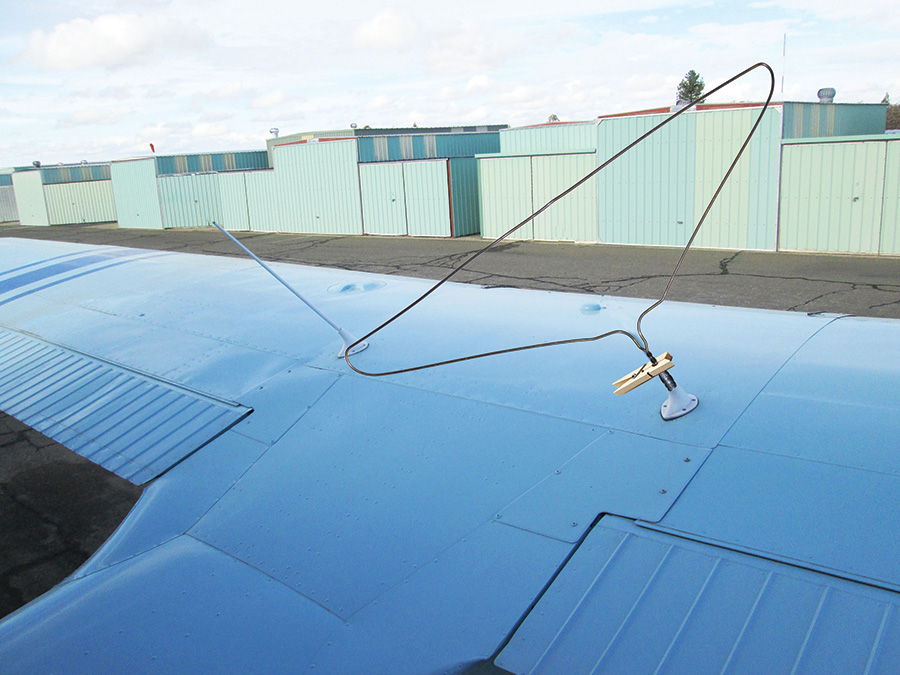 Figure 1: The original interconnect between the cotanger antenna and the antenna base was quite secure up to a speed of about 5 knots.

Actually, the antennas are quite directional and can substitute for the ADF if the pilot is so inclined. The reception fore-aft is a maximum with complete nulls off either wingtip. This is due to the single nonresonant loop design and is considered a backup to the VOR and GPS. Just rotate the airplane until a null is found off of either wingtip and then head in that direction. If things get louder, you guessed correctly. If not, do a 180 and try again. 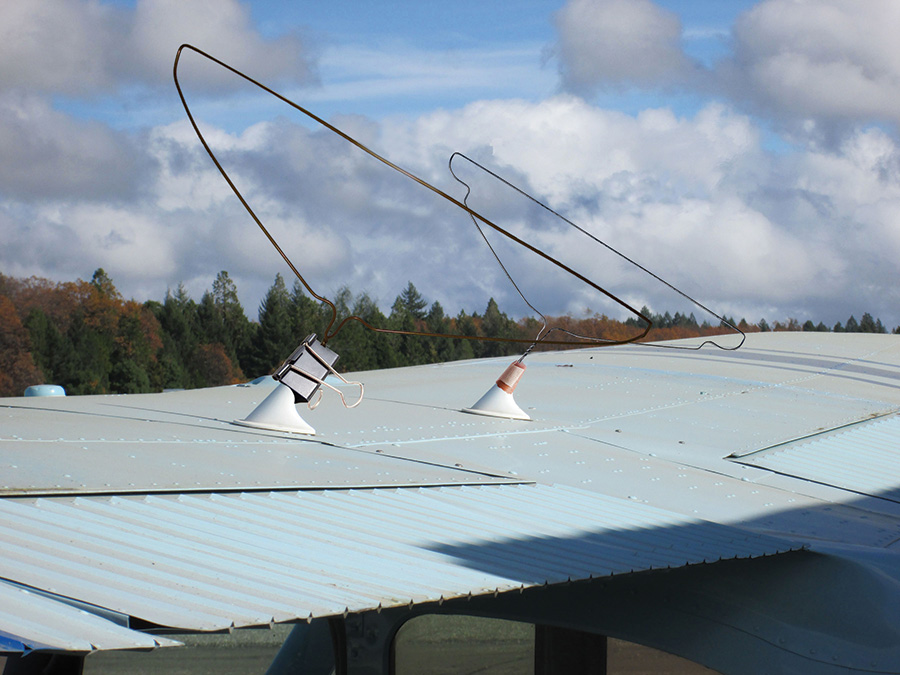 Figure 3 was an interesting experiment. The small clips on the radiating rod of the antenna actually served as matching elements, and by varying the angle between them, we could achieve a real loud screeching effect in the receiver. This was thought to be the “whistle-stop” effect that the venerable Narco Superhomer (circa 1955) used for tuning. 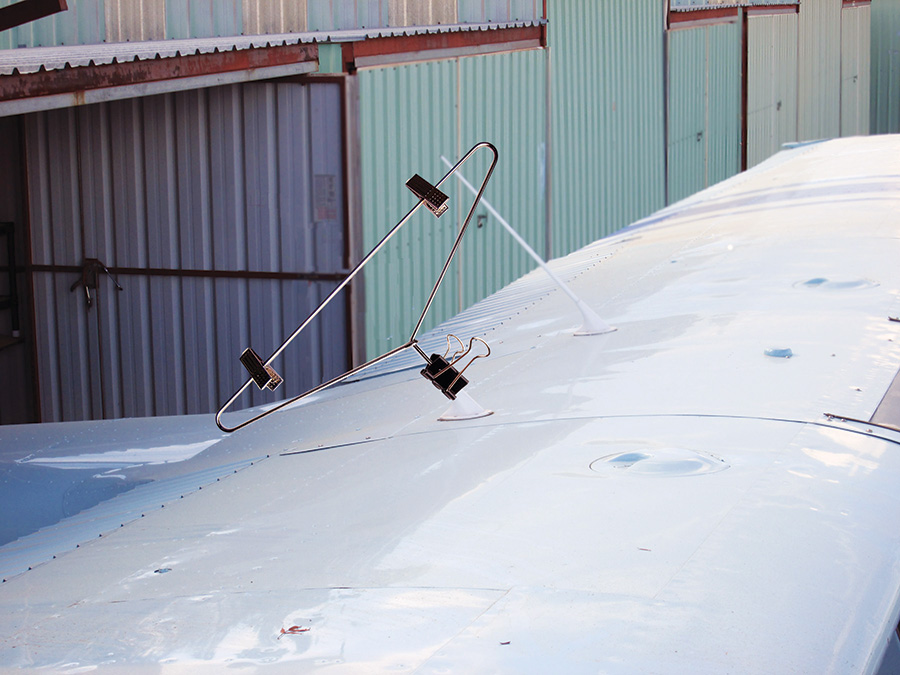 Figure 3: The small clips on the antenna’s radiating rod actually served as matching elements. By varying the angle between them, we could achieve a loud screeching effect.

Current thinking is to replace the old-technology broadband whip in Figure 4 with the cotanger shown here. The fastening mechanism is good old duct tape, which as we all know, will hold an airplane together. It isn’t called “500-mile-an-hour tape” for nothing. 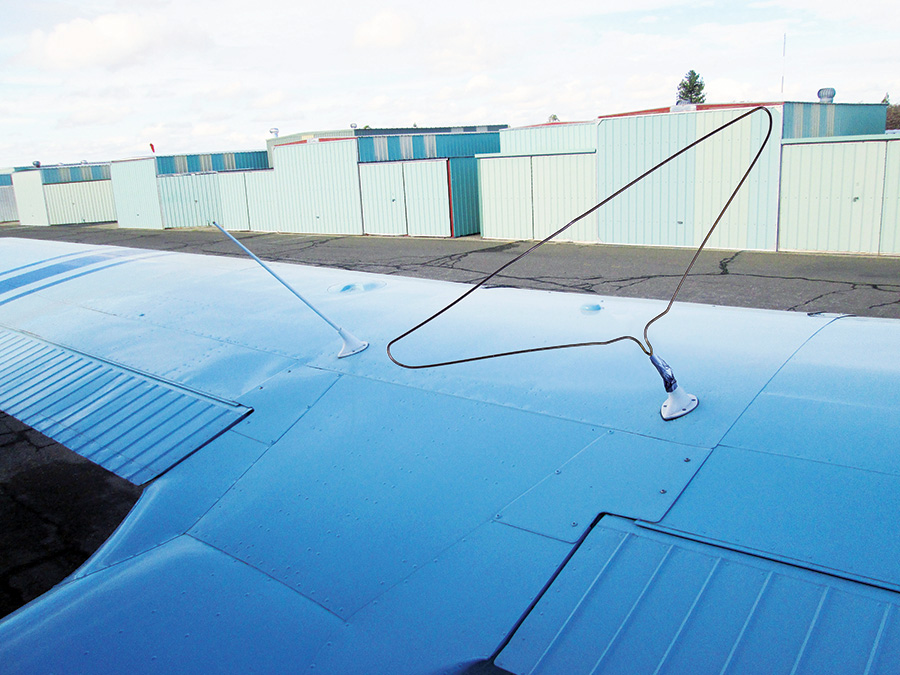 Figure 4: Current thinking is to replace the old-technology broadband whip with the cotanger, but to use good old duct tape as the fastening mechanism.

Another development in the Kitplanes Skunk Works is a variation of the old “Cat and Duck Instrument Rules” (www.wbnoble.com/absurd.htm). Instead of simply relying on the cat for turn and bank information, we can make that cat do double duty.

We all know that if you drop a cat, it will land on its feet. We also know that if you drop a slice of buttered toast and jelly, it will land butter-jelly-side down. Figure 5 shows that if you strap a slice of buttered toast onto the back of the cat and drop the cat, you will create a mechanism whereby the cat twists to land on its feet, the bread then twists to land butter-side down, the cat twists back…and the bread-cat couple simply continues rotating until one or the other is too pooped to pop.

So now we simply strap a couple of magnets onto the cat, a couple of field coils outside the magnets and voil, an emergency generator for those over-the-hills-in darkness-with-a-single-engine airplane sweaty moments.

Be aware of some limitations-the generator will only work in straight-and-level flight. The slightest turning moment will cause the cat-bread gyroscopic moment to fling jelly, cat hair, broken magnets, and lots of little tiny field wires all about the cabin. I’ll bet you thought airsickness was a mess to clean up. Jellied cat hair will imbed itself in the smallest nooks and crannies all about the airplane.

You may have to make some discreet inquiries into whether the cat is AC or DC. Unfortunately, only another cat will be able to make this determination and they just don’t ask, don’t tell.

SPCA please note: no animals were injured working on this project but my right arm looks like hamburger (that was one peeved cat). 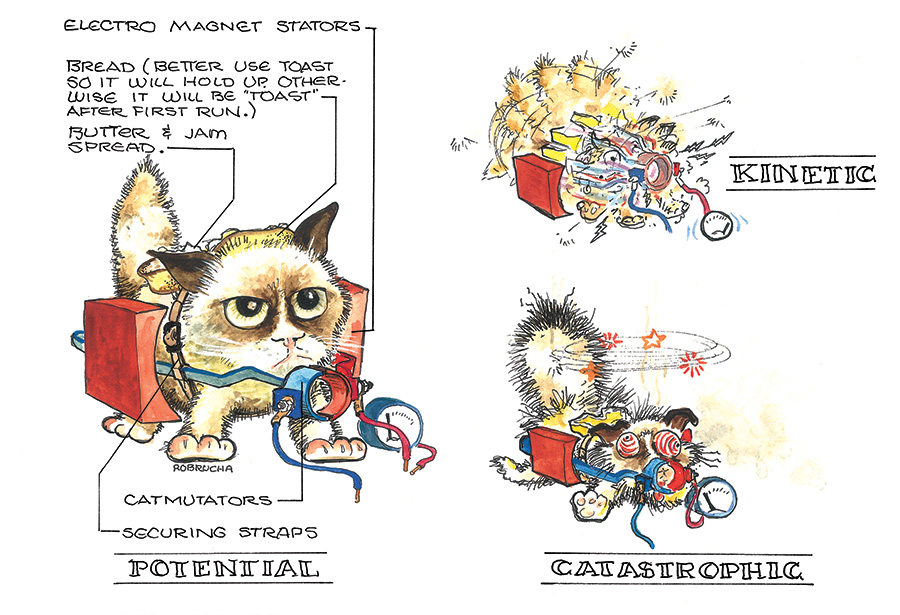 Figure 5: An economical emergency generator can be created by strapping a slice of buttered toast onto the back of a cat and dropping the cat. The cat will twist to land on its feet, while the bread twists to land butter-side down.

Another project we are working on, just for readers of Kitplanes, is a set of glasses similar to Google Glass, but with a real benefit for those who don’t have time to fully read each issue. The glasses contain a special form of unobtanium glass that causes the important parts of the article to be colored red, the moderately important stuff to come out orange, and the useless stuff our authors use when they have to fill out a page to become invisible. Beta testing begins soon.

Finally, this just in from the Laboratory of Irreproducible Results, the following phenomenon:

The formula for the frequency of a resonant circuit, the circuit we use to tune a transmitter, is given by:

Now, as we all know, the square root of a number (like L x C) can be either positive or negative. In particular, if I wire up C to be a negative number, we can come up with a negative frequency. Feeding a negative frequency into a transmitter causes it to emit negative power, so instead of this power heating a load resistor, it will actually cool a load resistor. I offer proof in Figure 6, which provides photographic evidence of ice forming when negative power is fed into a resistor. Note in Figure 7 that the negative lead of the capacitor is well marked and can be used for generating negative power. 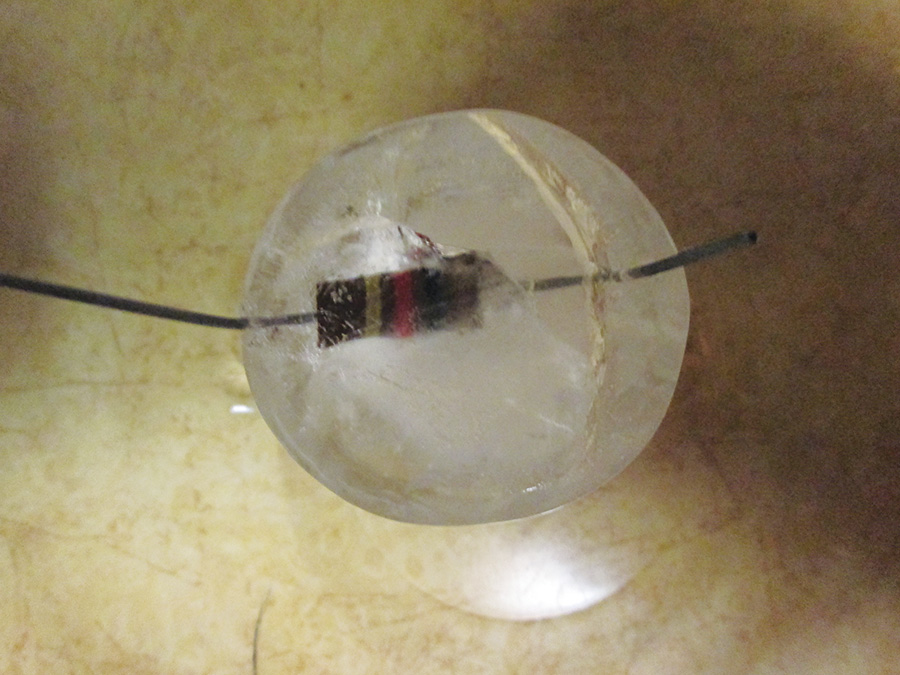 Figure 6: When a load resistor receives negative power, instead of getting warm, it will actually cool to the point of freezing. 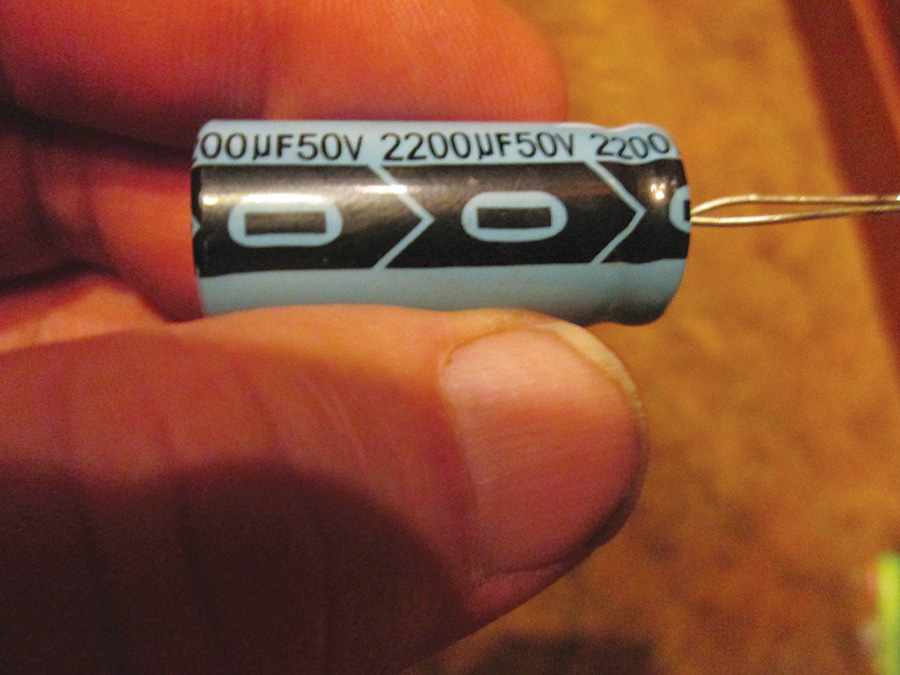 Figure 7: The negative lead of this capacitor is well marked and can be used for generating negative power.

In closing it may be well to realize that in each of the above reports the following equation holds true:

Have fun, see you next month, and stay tuned.