Back in the days when dinosaurs roamed the earth and Narco was the aircraft radio manufacturer, both aircraft and pilots needed FCC radio licenses. It was little more than a paperwork shuffle, but woe to the student that showed up for a flight exam without these little scraps of paper. To boot, the “radio” in those aircraft used continuous-receive tuning from 108 to 126 megacycles via the “coffee grinder” handle and had gasp 12 transmit crystals installed. 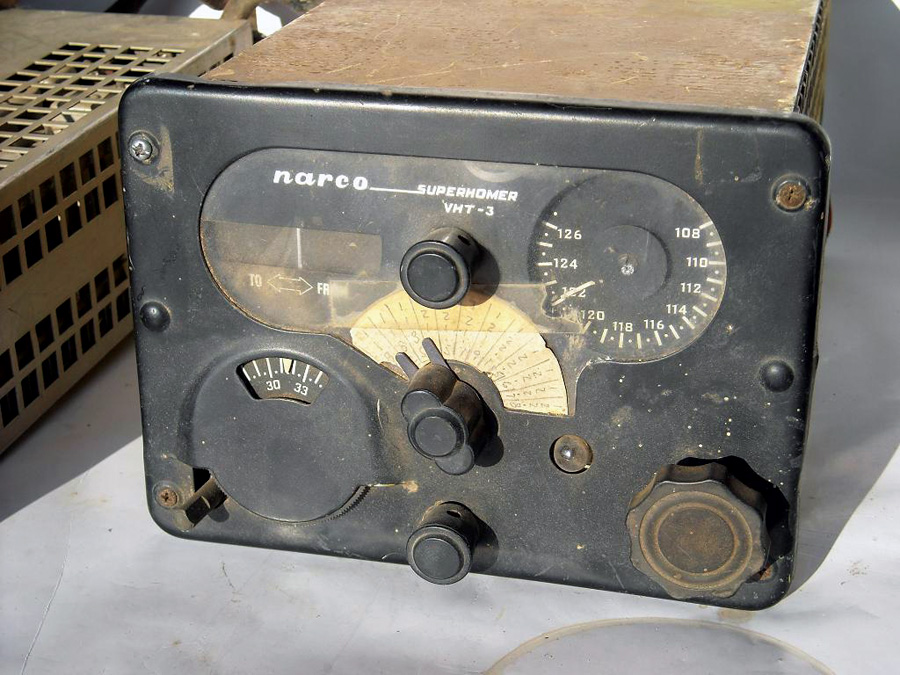 Sometime in the mid-’70s the FCC came to its bureaucratic senses and eliminated the paper station license for the airplane and the paper-restricted third-class radiotelephone certificate for the pilot. In their stead, the FCC formalized “authorized frequencies” on which the aircraft transmitter could be used in the territory of the USA. Along about this time, the crystal-less 90-channel transmitter became the standard, followed shortly by the 180-channel, 360-channel, 720-channel, and today’s 760-channel radio transceivers.

As I said, the FCC has rules about which of those 760 channels we can use and what we can use them for. You may wish to visit www.ecfr.gov and then choose Title 47, then browse Part 87. If you go to 87.187 you can see the general frequencies that we can use. If you go down to (j), you can see that “chatter frequency” 122.75 is the authorized channel for fixed-wing aircraft (123.025 for ‘copters). 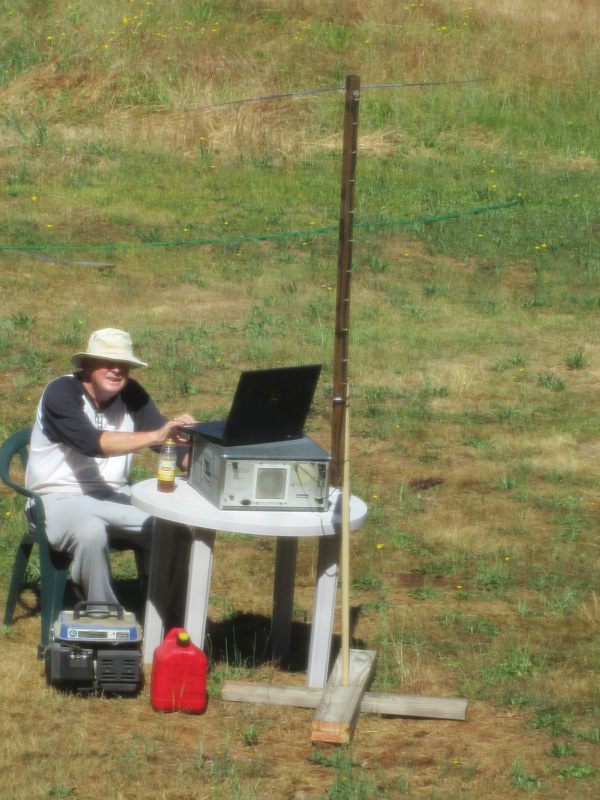 Antenna pattern test range at RST Labs. Understand that when BillyBob and Bubba start talking near the end of a multi-hour test, the person sitting in the hot sun doing the testing might get a little testy when they have to run the test over again.

While international flights are not bound to FCC rules outside the USA, there are some international conventions that allow overseas chatter on 123.40 and 123.45. Colloquially, airliners adopted the term “finger” and “fingers” for these two frequencies. For the most part, the airlines stayed silent on finger(s) while inside this country. Although the airlines follow FCC regulations, private (and a lot of homebuilt aircraft) have decided that these so-called “Beachball” frequencies are great chatter frequencies, whether or not they are legal to use.

Inside this country, Beachball frequencies 123.4 and 123.45 (called from here on “four/five”) are only authorized to flight test stations for aircraft and aircraft component manufacturers. At one time four/five were the only two VHF frequencies available, and those of us who applied for and received test station licenses had these two to pick from. Generally, we used .4 for voice coordination and .45 as a beacon frequency or to telemeter real time data down to the ground test station. Since testing takes a rather large investment in test equipment, receivers, antennas, and mountains of test data from these two frequencies, we who were licensed on four/five many years ago simply kept our authorization for these two frequencies.

One might conclude that a homebrew aircraft builder is a “manufacturer of aircraft” in accordance with 87.301 (a)(1), and I won’t argue with that. However, 87.305 (et seq.) requires that the builder apply for a separate FCC license for one of the frequencies in 87.303 and go through the Frequency Coordination Council for the region in which they propose to operate. Note well that this only gives them the authorization to communicate with their own ground test station, not another test aircraft in flight. This does require a separate paper license and the fee is about $100 every ten years.

Not only that, but any test flight must be coordinated with other test stations within a 200-mile radius to determine whether or not any interference will occur and, if so, how to coordinate the testing to mitigate any interference.

I’ve heard the old argument that since our aircraft radios have these two frequencies installed, we can use them as we see fit. I answer as follows:

a. We also have 121.5 installed. Try chattering on that frequency and see what happens. “Oh, no—that’s the emergency frequency. We can’t do that.” Why not, isn’t it installed? Same logic.

b. My speedometer on the Miata goes to 120 mph. Try making this argument to the nice officer that clocked you at 120 on the freeway.

Finally, consider the consequences. I have an aircraft in flight that I am running a test on—let’s say a new antenna design. It takes perhaps two hours to run the test, so we’ve got aircraft time, pilot time, engineer time, and all the rest of the supporting services to do the test. Add it all up and it is about a thou$and bucks an hour. An hour and a half into the test, BillyBob and Bubba come onto the channel chattering about the corn fritters over at Rosie Beanbag’s Airport Cafe. There went a rather expensive test down the drain, and we wait until they get out of range to try the whole thing all over again. Been there, done that. And once it was three tests in a row.

The general fine for any violation of Part 87 is $10,000 and a year in the slammer for each violation. Each push of the PTT switch is a separate violation. Don’t believe me? Talk to the pilots at the Watsonville, California, airshow that got nailed for using four/five as their personal airshow frequency.

I don’t speak for all the manufacturers, but I do tell you that it doesn’t bother me in the least, once I’ve asked politely for chatter to move to the legal 122.75 and the chatter continues, to call the cops (in this case the FCC office over in Livermore, California) and ask that they have a friendly little chat with the aircraft(s) and pilot(s) in question.

If you think that these pilots don’t know that what they are doing is wrong, I ask you to monitor four/five and see how often these aircraft give either their N-number call sign or where they are going. Not a chance. Most of them know they are doing wrong and couldn’t care less how it impacts those of us trying to do our job.

Now that we know that Beachball four/five are not legal to use, let’s look at what we might be able to legitimately use for air-to-air chatter.

Enough of all this chatter about “chatter” and back to the good stuff next month. I should have some ideas about power supplies, dimmers, and a lot more interesting things coming up. Until then, stay tuned.

Because they are easy to remember, 123.400 and 123.450 are the frequencies most abused. But they aren’t the only frequencies you should avoid. There are others, shown below, that are also reserved for testing.

(a) These frequencies are available for assignment to flight test land and aircraft stations:

(b) These additional frequencies are available for assignment only to flight test stations of aircraft manufacturers: