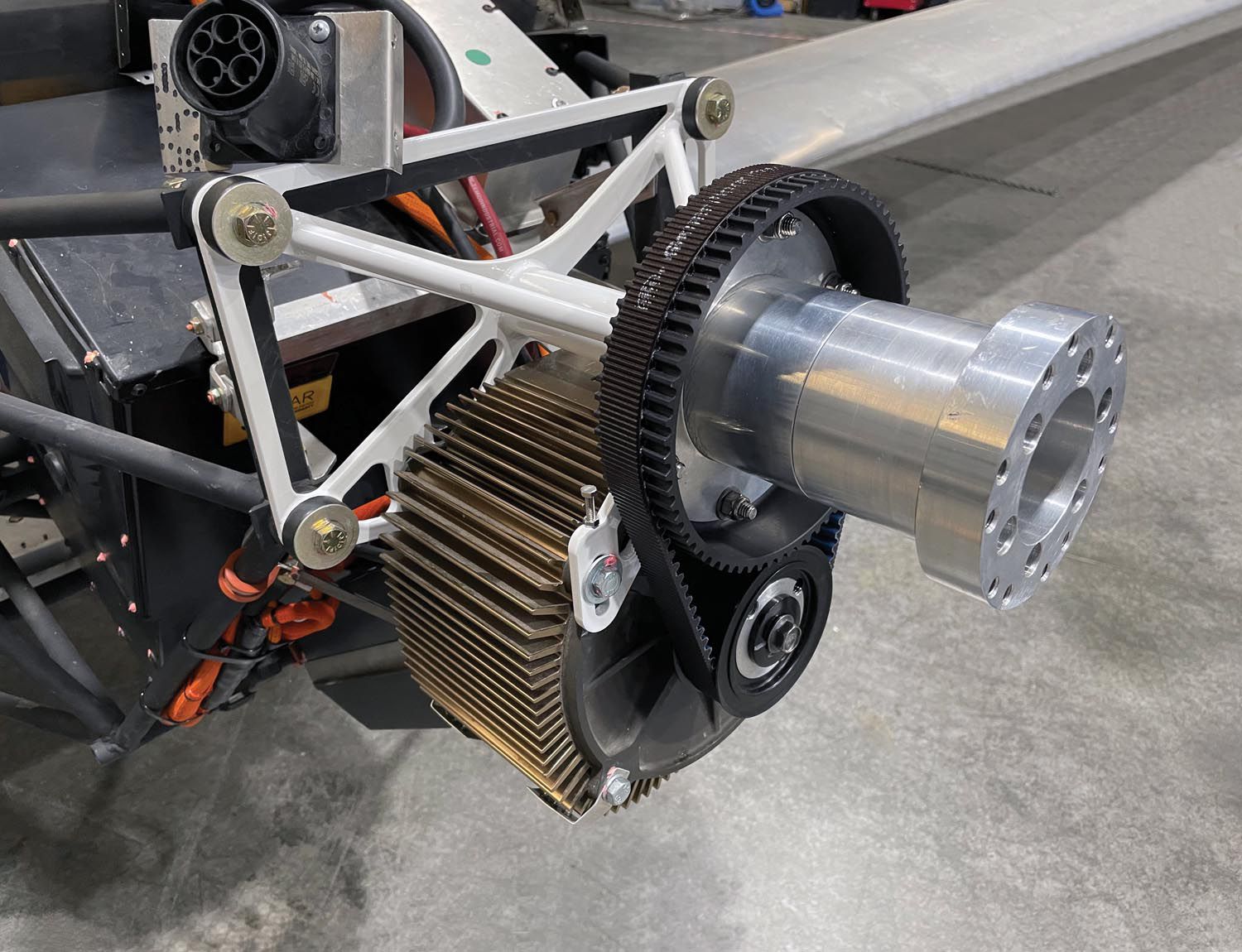 With the decision made to go electric with our Xenos project, it was time to start the planning and procurement process. There are basically three sources for parts that you will need. You’ll need a bike, you’ll need parts from Gabe DeVault and you’ll need parts from Sonex. Of course, you’ll be placing orders for nuts and bolts from various sources (such as Aircraft Spruce) as well—but that’s just par for the course in homebuilding.

In order to build your electric airplane powered by a Zero motorcycle power package, you’re first going to need a Zero motorcycle. Unfortunately, Zero is not interested (at this time, at least) in supporting those who want to use their components to do things other than ride their motorcycles, so you can’t simply go to a Zero dealer and buy the parts that you need. This would be pretty difficult to do anyway, as it would be sort of like buying a car by going to the dealer’s parts department and trying to buy all of the pieces you’d need to assemble one. You’d never get everything.

While you can certainly go to your local Zero dealer and buy a brand-new bike, this is an awfully inefficient way to spend money by normal homebuilding standards. There is really no need for a brand-new bike and, as with any vehicle, there is a big hit in value the moment it drives off the showroom floor. So looking on the used market is really the way to go. Unfortunately, Zeros are not out there in huge numbers, so the used market can be a bit sparse. If you go to the online nationwide listing of motorcycles for sale, you’ll always find some—but they may well be on the far side of the country.

The first Zero motorcycles began shipping in 2010 and if you go searching on the web, you’ll find quite a few low-priced bikes that turn out to be older, smaller models. Gabe DeVault recommends a 2016 model or newer, with as low mileage as possible. He also recommends against buying a wrecked or salvage bike—there are just too many unknowns with something like that and he states on his website that he won’t provide support for a conversion based on a wrecked bike. In the 2016 and later years, you are looking for an SR or DSR machine, with the 14.4 battery pack—that is what the original Xenos conversion used and what the various parts are designed for. The SR and DSR are electrically identical—one is a sport bike for the road, the other intended for road or light off-road riding.

When we went shopping, we found a few DSRs and SRs in the 2018–2020 model years available. Zeroing in on a 500-mile radius from home, the majority of offerings were in the San Francisco Bay area. Living in the wilds of Nevada, we don’t have a lot of local options and even the local Reno dealer didn’t have any used bikes—and only one or two new ones. While we started our search looking in the $8K–$10K price range, this turned out to be a bit of a unicorn. Yeah, they come around once in a while, if you are well connected in the electric motorcycle world—but if you are just a random aviation guy shopping for something to buy right away, expect that you’ll be looking more in the $15K price range.

Sure, $15K sounds like a lot for a motorcycle that you are going to deconstruct, but think of it as an airplane engine you are going to extract from its packaging and it isn’t quite as bad. Yes, it is about twice what you’ll pay for an AeroVee package—but this is more than just a “get it flying” project—it is true edge of the envelope Experimental aviation and you have to expect a few costs associated with that. And if you do find a unicorn—buy it! One thing to look for in any purchase is low mileage, indicative of a low number of battery cycles.

It’s best, when shopping, not to talk about what you are going to do with the bike. If they offer a test ride, take it—it’s actually a fun machine that will stretch your arms out of their sockets with acceleration. If buying from an individual, you might get away without registration paperwork, but expect to pay for state DMV registration when buying from a dealer. Just a little extra for the tax man—but you can declare the bike salvage and stop registering it after that first bill.

Once you have found a bike and taken delivery, don’t be afraid to ride it a bit, just to get a feel for the battery pack life and cycle time, along with the process of charging. The batteries like to live above 30% and below 100%, so if you do fully charge it, give it a short ride to take the top few percent off. (The Zero’s charging system actually does a good job taking care of itself.) I left ours at about 75% when we decommissioned the machine and started doing the conversion. Why 75%? Why not. I wanted something in there for testing but didn’t want to worry about it being too low or high for “storage.”

Once you have procured your “power system” (motorcycle) and you have the airframe on order or underway, you still need some parts to turn the motorcycle parts into an airplane engine—or more technically correct, a motor. Enter Zaero—Gabe DeVault’s company name for his reduction-drive package. The package includes everything that you need to make the conversion—a reduction drive frame, belt pulleys, drive belt and assorted fasteners. Gabe even includes a quadrant-style throttle that will be used in place of the twist throttle on the bike, as well as motor shock mounts to attach the re-drive to the actual motor/battery mount, which can be sourced from Sonex.

Gabe is also the source and repository of all knowledge relating to the conversion, and is fairly essential—as all designers are—in the early days of this conversion. Early adopters (we are one of the first two customers for his package) understand that little is written down at this point and are working off of photos and verbal instructions from Gabe when needed. Fortunately, the package is very straightforward and easy to understand from the pictures alone—but Gabe’s importance will reappear during assembly due to the need to reprogram the computer so that the power package is made compatible with its aviation use.

Because we are such an early adopter and Gabe is located about an hour’s RV flight away, it was easy to work with him to do the reprogramming and to exchange ideas and advice. The ideas and advice are available to everyone via the internet, email and telephone, no matter where you’re located. The reprogramming—for now—was convenient because of proximity, but availability to a more distant customer base is still to be determined. The actual steps to be taken can be easily documented but, at this point, Gabe is the owner of the only programming interface cable in captivity outside of the Zero dealer network, which is unlikely to be of use to aviation users.

Sonex Aircraft was quick to embrace the idea of the electric Xenos and was willing to take on the task of creating a new engine/battery mount for us—and then make it available to others who follow along. The mount is a welded assembly that consists of the standard Xenos landing gear truss and mounting ears (to the fuselage) and a custom set of tubes to accommodate mounting the battery and the Zaero re-drive. The mount was done with a CAD system and the mounting tabs for the battery aligned perfectly, despite the fact that Sonex has never had one of the batteries in hand—the power of CAD.

The mount attaches to the airframe exactly the way the mounts for the AeroVee or Jabiru would and is soon going to be available for the B-model Xenos as well. For those interested in a very short-endurance sport plane (impractical at this time, but a nice thought experiment nonetheless), the same mount fits a Sonex or Waiex airframe.

In the next installment, we’ll get into the initial mods required of the Xenos airframe before mounting the new motor. After that we’ll do a full breakdown of what it takes to strip the Zero of its motor, battery and controller.