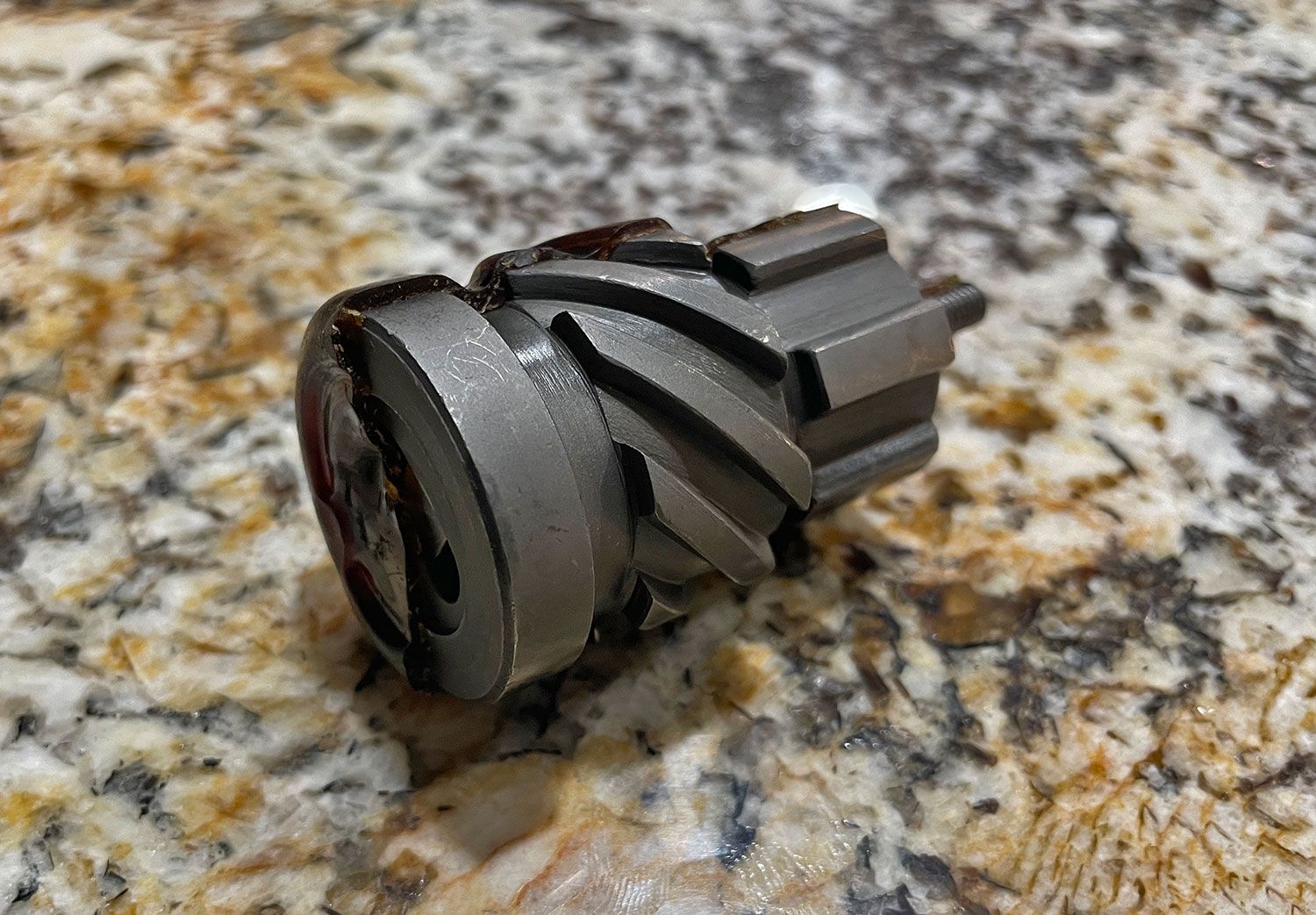 You can find dang near anything at a fly-in (with vendors) the size of Sun ‘n Fun. For instance there is an aircraft surplus outfit located just out the front door of building B that seems to collect surplus parts, instruments, random components, and tools and bring them in boxes for folks to paw through to find that “just right” piece of nostalgia. While I was there today, they were on the phone with what sounded like someone from Emergency Aircraft Repair, comparing part numbers on a couple of alternators they had on a table. My suspicion is that someone came into Lakeland with a dead alternator, and there was a search going on for a replacement.

Some of the boxes contain real “puzzlements”, as Mark Twain used to call them. Take this strange gear that was covered in waxy plastic preservative (we carved of half of it for the picture). They had a dozen of them or so, but had no idea what they might be. Our best guess around the Kitplanes dinner table is that maybe it is some sort of accessory drive gear. It’s got what looks like a part number stamped on one end ”EA82034” just in case anyone is frantically searching for one that they need. Let us know if it looks familiar, and if you need one, we can hook you up.

Paul Dye - January 17, 2012
0
While on a routine technical counselor consultation, Paul Dye discovered hidden treasure: Richard VanGrunsven’s original RV-1. He details a bit about its history and preparations for its planned tour this summer.