You never know what you’ll run in to when you get to a major airshow early, but there is no doubt that if you poke around a bit, you’ll find something interesting. The Sunday before Sun ‘n Fun, we ran in to John McBean, principal of Kitfox Aircraft. John had flown into Lakeland in a plane that debuted at last year’s AirVenture – the Kitfox Speedster. Flown last season by Kyle Franklin in airshows across the country, it is starting this season with the same pilot here in Lakeland – and because Kyle had not yet shown up, and the Sunday traffic was light, we talked John into letting us steal his ride for a turn around the patch. 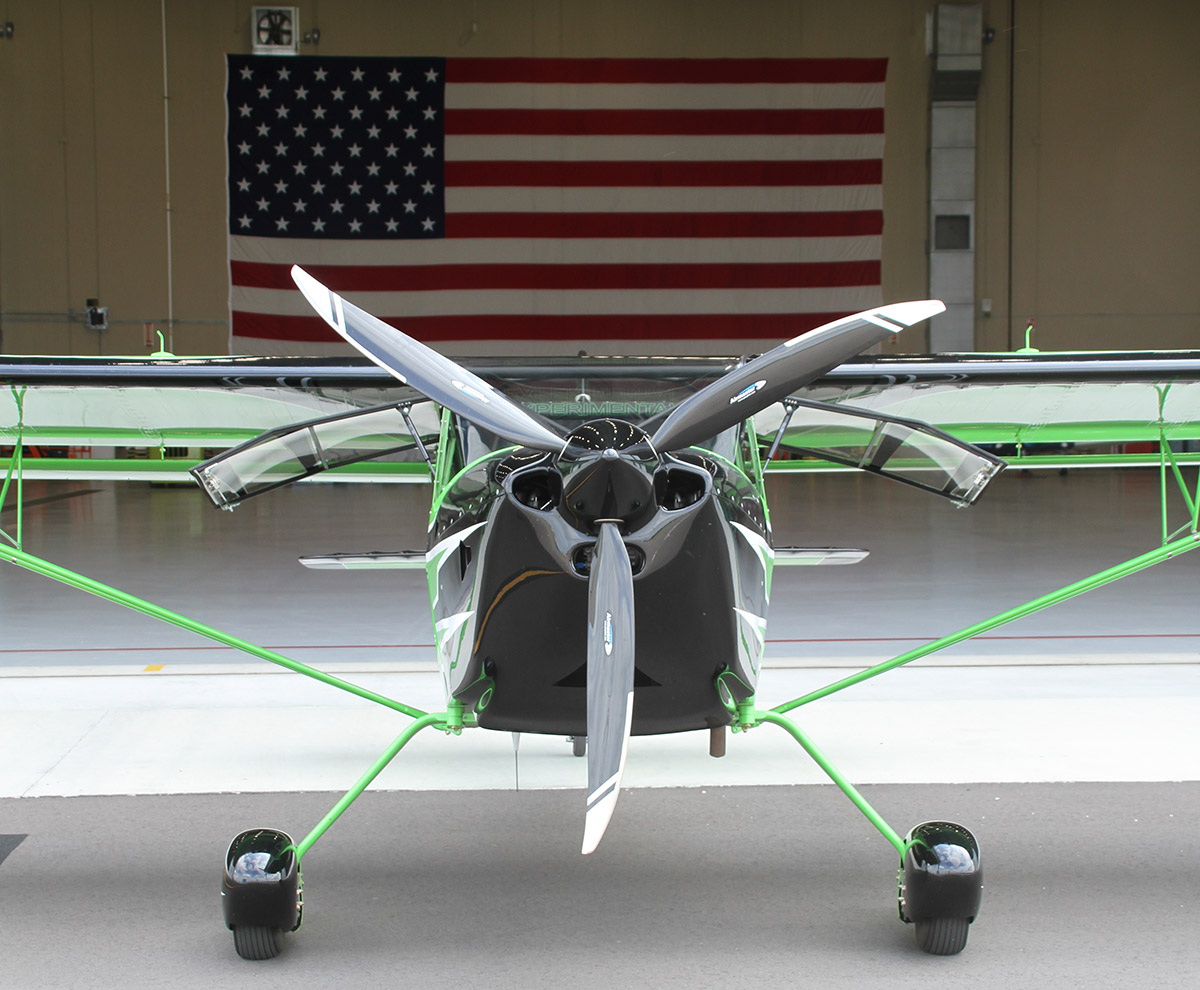 The Speedster is basically a clipped wing Sportster, with one bay removed from each wing, shrinking the wingspan by about three feet. The flaperons were built with symmetrical airfoils, and give a clean, crisp roll initiation. It still takes a little pressure to keep a roll going, but very little effort is required to head the airplane where you want it to go. Pitch is slightly heavier than roll, but right there in what we find familiar for a Kitfox – which is quite pleasant. The rudder is perfectly matched to the airplane, and coordination is easy. We did a few steep turns, some stalls, and a Chandelle, and found that the airplane presents a nice overall handling package – we see why Kyle likes it. 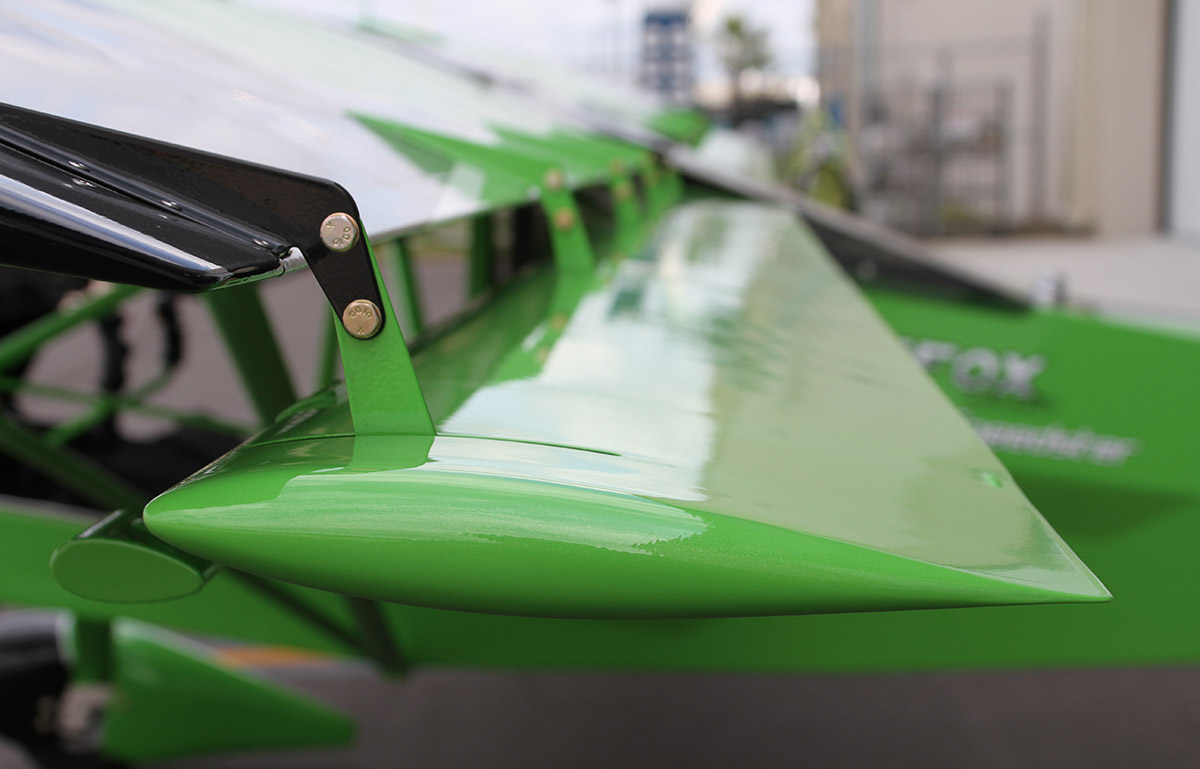 The airplane is equipped with a one-piece spring landing gear, 5.00×5 tires, and sleek wheel pants that give it the edge in speed over its more back-country brethren by about ten mph (according to McBean). We easily saw 130 mph during our brief evaluation flight, and found the stall to be a little higher than the long-winged airplanes which are configured for the short fields in the mountains.

The three-blade air master constant speed prop gives the airplane good acceleration, and we were off the ground before McBean could finish explaining a normal take-off. Ground handling and steering on take-off is quick, but not overly sensitive – the airplane goes where you want it to go. the lightness is due (according to McBean) to the small light tailwheel, smaller than what is standard on the back country versions. among the other refinements – an upgraded door latch, with dogs both front and back, just to make sure nothing pops open during a snap roll. The airplane’s panel is well equipped, with a Garmin G3X Touchscreen and autopilot – nice for long trips, like Idaho to Florida. And, of course, the panel featured Kyle’s airshow routine on a cue card – but we avoided trying it out, no matter how tempting. 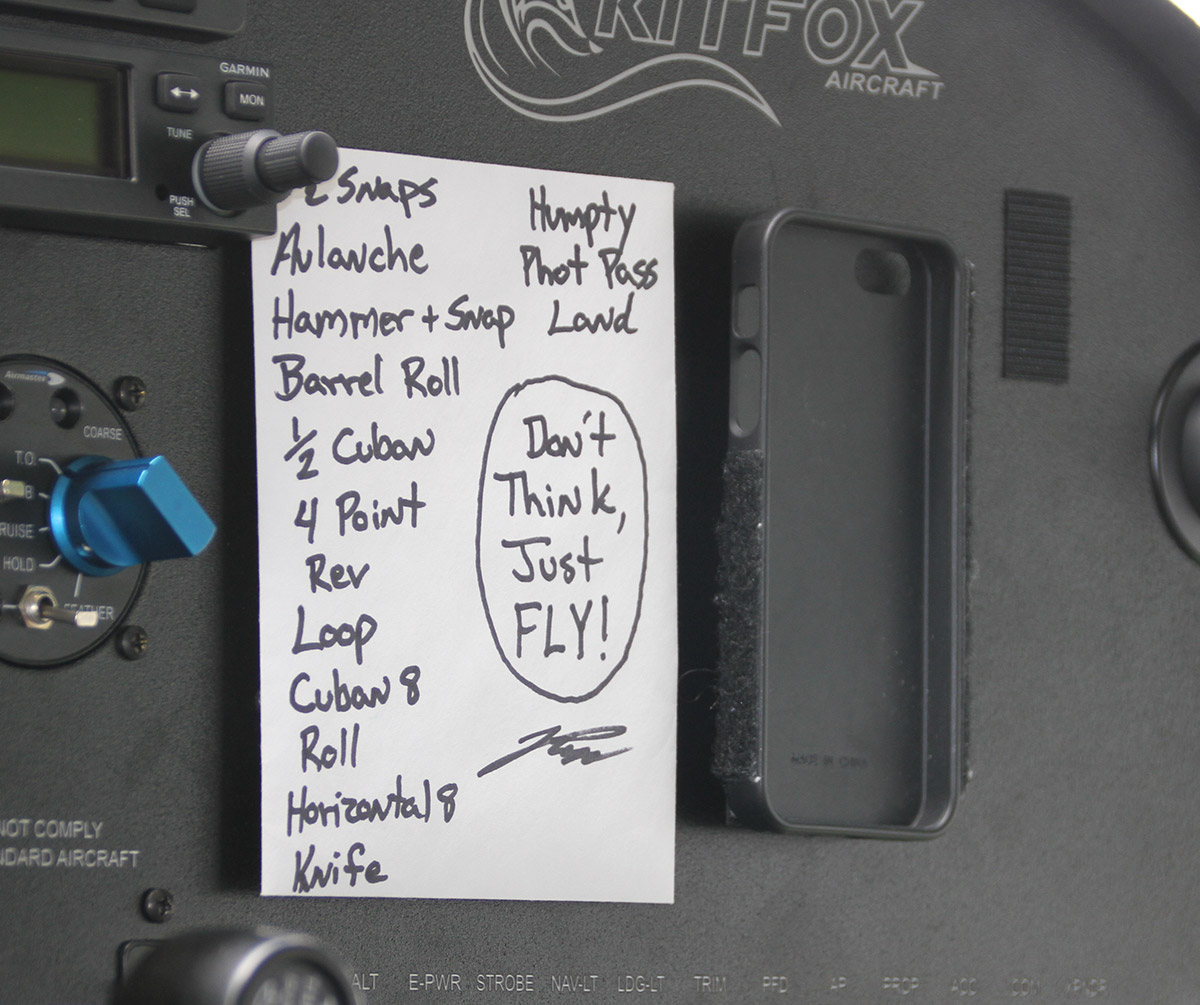 Our overall impression of the Speedster? Sprightly, shorter than the big-geared family members, and quick – a fun machine for those not looking to get in and out of gravel bars and high mountain strips. The Kitfox started life as a simple, fun flying machine, and while they are still all fun, this version specializes in quick handling and a touch more speed. Look for a complete review in an upcoming issue of Kitplanes Magazine. And look for Kyle Franklin at airshows across the country as he puts the little machine through its paces.

Dave Prizio - February 16, 2020
5
Checking your magneto timing is part of every yearly condition inspection, but beyond that...