In last month’s installment we considered the role played by a battery as a source of energy in an airplane. The engine’s starter motor poses a serious challenge to the ship’s battery in terms of load. Cranking loads up to 200 amps for ten seconds represent a demand of 15-25,000 watt-seconds of energy. Interestingly enough, a stack of eight D-sized alkaline flashlight batteries contains over 200,000 watt-seconds of energy. While more than enough to start the engine, the chemistry is willing, but the construction is weak. One simply cannot load D-cells to 200 amps. 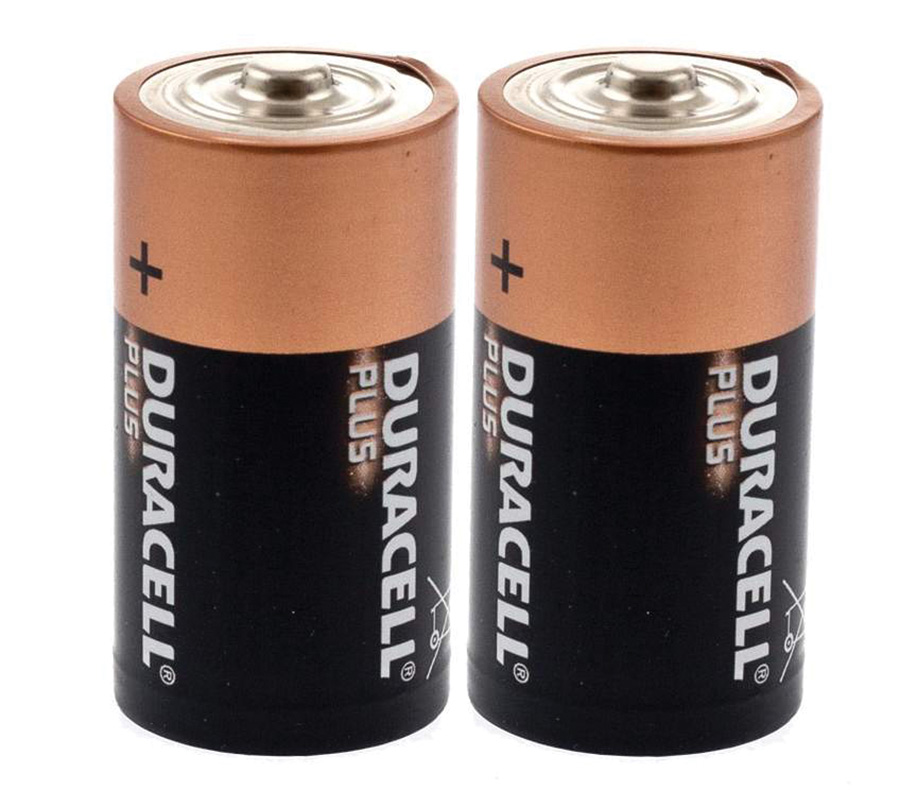 An ability to deliver large current flow is not driven by the size of the cell, but by the surface area of and the space between the positive and negative current collectors or “plates.” The alkaline cells cited above contain a fair volume of chemistry which translates to an impressive capacity—but the surface area of the collectors is low and the gap between plates occupied by chemistry is high.

Flooded lead acid and nickel-cadmium cells were the batteries of choice in aircraft for decades. In 1972, the Gates Rubber Company began to develop a line of sealed lead acid batteries wherein the plates were fabricated of strips of sheet lead in a jellyroll architecture. Gates laid the foundation for the present day Optima car and RV batteries offered by Johnson Controls and the Cyclon series devices from Enersys. This approach to maximizing surface area and minimizing the gap produced a quantum jump in battery performance. 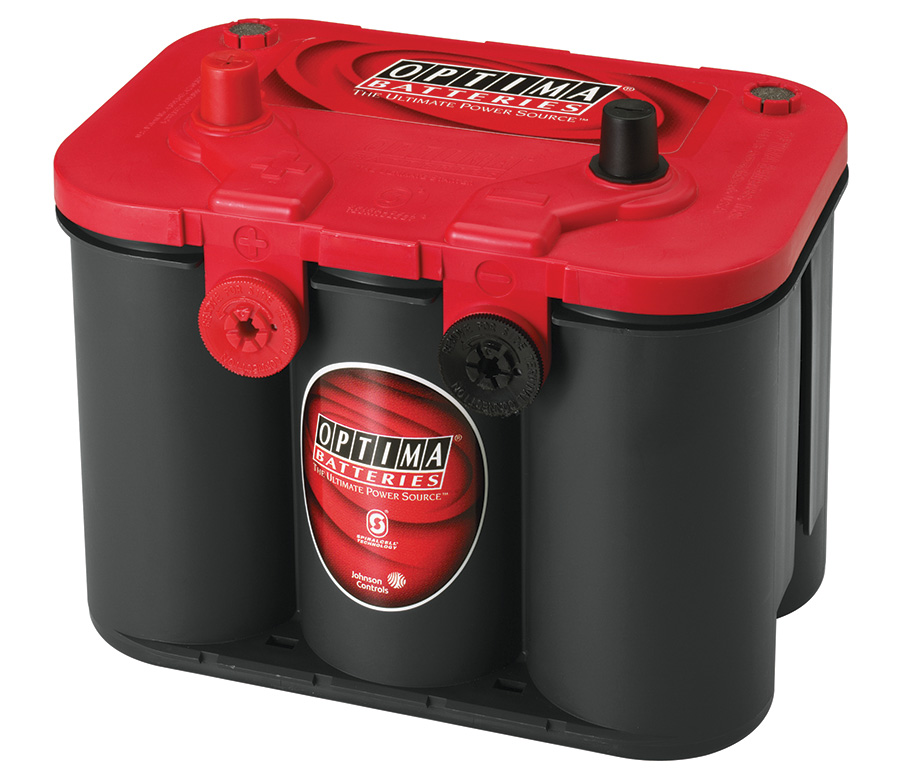 About 20 years ago, a company called Bolder Technologies generated a lot of interest in their thin metal film (TMF) technology. Their earliest efforts were exciting. Bolder attempted to fabricate starved electrolyte, sealed lead-acid cells using very thin films of lead approximately 0.001 inch thick “pasted” with 0.002 inch of active material on both sides. The positive and negative films were wound up jellyroll fashion along with a very thin separator saturated with the water-acid mix. This “sandwich” was barely 0.010 inch thick.

The volume of reactive material was so small that the approximately C-sized cells were only rated at 1 ampere-hour. The volume of liquid electrolyte was also small. But the relatively thin reactive materials and separator, combined with relatively large surface area, produced a cell with amazing load performance. A roll-up set of thin film plates slightly larger than a flashlight cell would dump over 500 amps! A 12-volt array of Bolder cells didn’t contain much energy. In fact, it was less than a 12-volt array of D-size alkaline cells. The difference was that the Bolder cell would deliver everything it had at a rate sufficient to crank an engine—perhaps only one time—but it would do it. 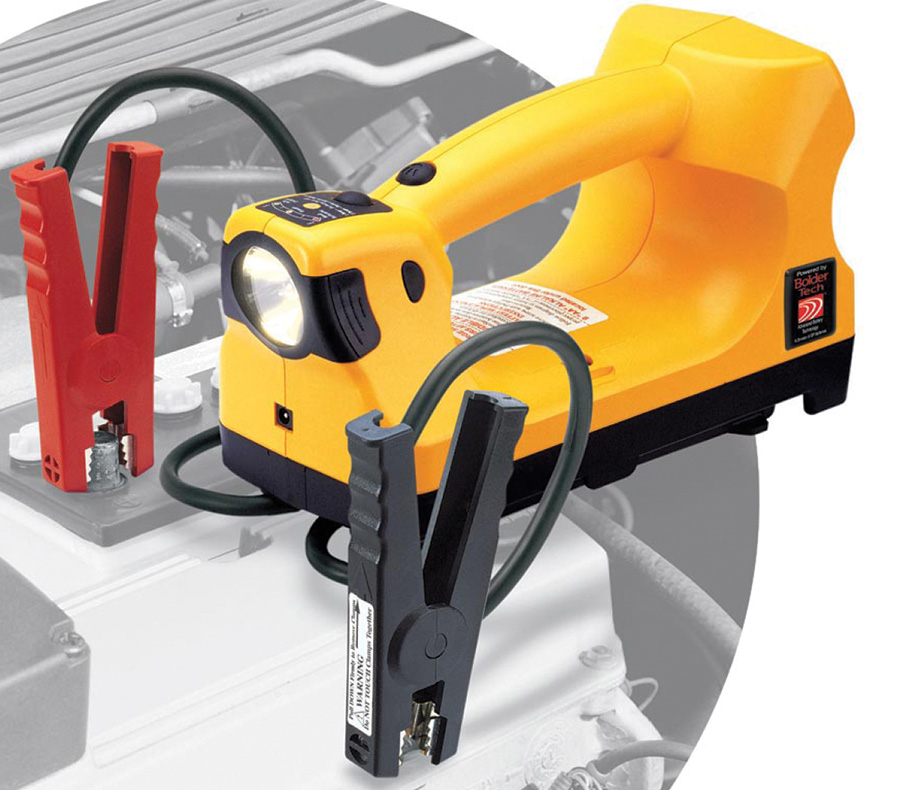 There were several exciting product start-ups based on these cells. The cells lacked robustness and proved difficult to manufacture, so the company sold out a number of years ago. The TMF cells re-surfaced a few years later offered by GP Batteries in this automotive jump-starter. They rate their diminutive TMF cells at only 0.9 ampere-hours, yet they are purported to crank a vehicle with a dead battery (This information was found in the Internet archives—I’ve not found current offers to sell this product). It seems that GP Batteries may have encountered the same magnitude of difficulties as Bolder Technologies. In fact, their web site listing of products presently speaks only of lithium-ion cells Lithium ion technologies are the current champions in the race to store the most energy in the smallest and lightest package while maintaining the ability to crank engines. These Li-Ion cells are slightly larger than an AA-cell, but offer twice the ampere-hour rating at three times the voltage for a six-times improvement in total energy over the alkaline chemistry. 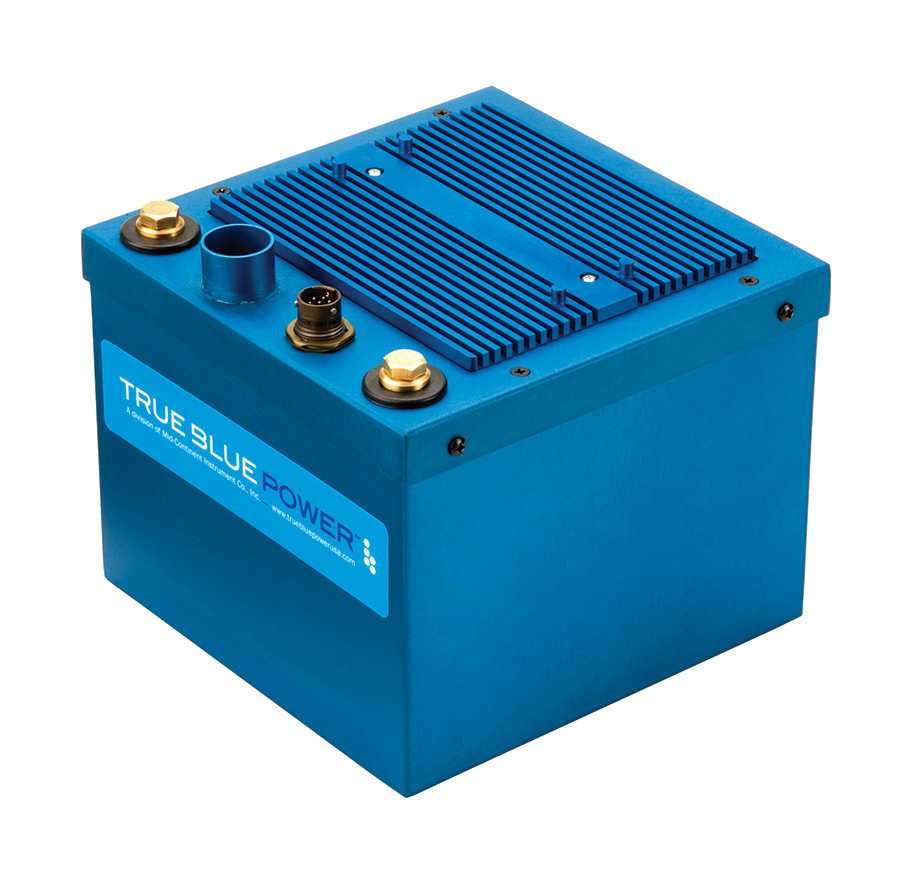 This technology comes with its own unique risks. We’ve heard of the aviation mishaps involving Li-Ion batteries. What’s more, stories in the news tend not to offer the whole picture. For example, had the B787 never experienced the battery fire, Boeing would still be experiencing heartburn over the incorporation of this technology. Recharging these batteries after deep discharge must be done in a facility dedicated to that task. It seems that if a battery is discharged below a certain level (about 30% of capacity, I think), the battery must be removed and replaced. But as far as the airline is concerned, it’s a “failed” battery requiring R and R with attendant risks to schedules. Line personnel leaving stuff turned on in parked airplanes is proving an expensive activity!

Reducing battery weight is a powerful siren call for folks who fly airplanes for a living. Pounds added to empty weight reduce revenues. Development efforts in Li-Ion are moving ahead right smartly in the Wichita aviation community and elsewhere. They will become the gold standard for lightness and energy density in aircraft batteries.

I’ve cited these examples of battery style and performance to emphasize the fact that battery size is not a reliable predictor of capability to deliver heavy loads (engine cranking) or power up the panel after the alternator quits (capacity). Further, one should be cautious when pondering the marketing hype that inevitably accompanies a new technology’s introduction to the marketplace. Not a month goes by that I do not read of some new “breakthrough” in the lab that promises to change the rules of the battery game. Bolder Technologies (and perhaps BG Batteries) once thought so. 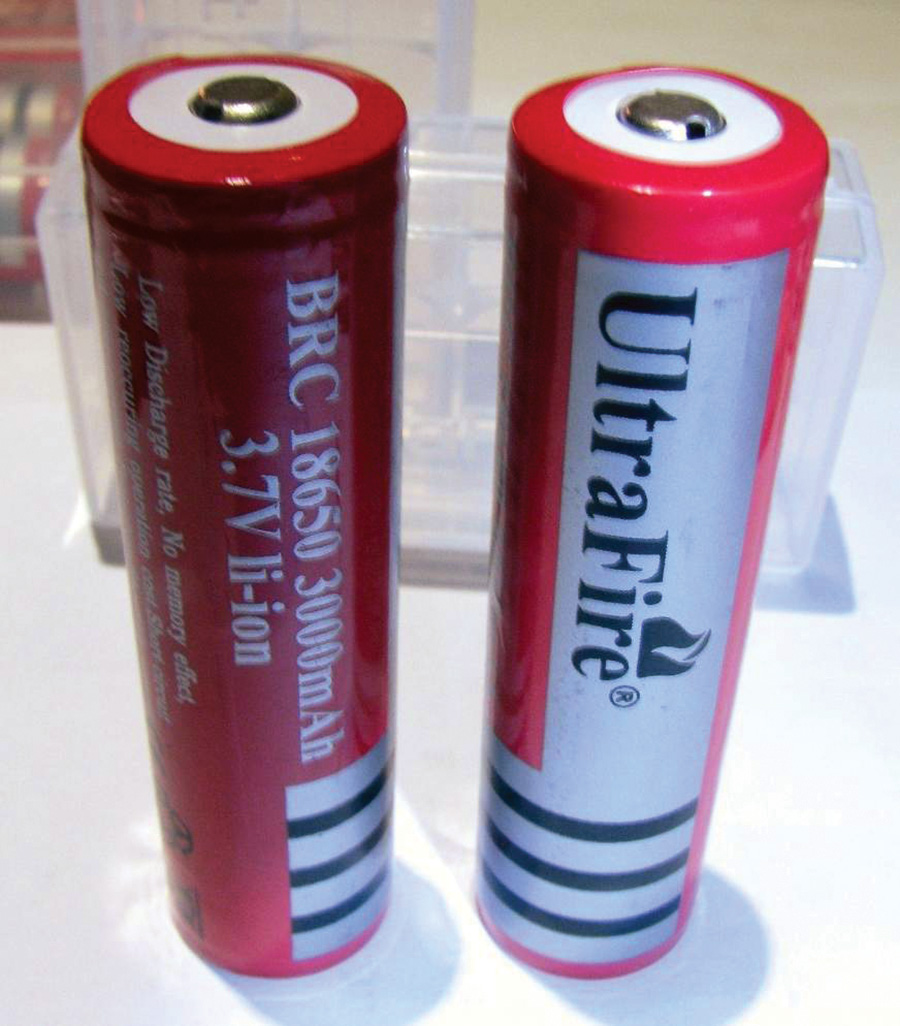 Practical instances of an electrically dependent engine were exceedingly rare 25 years ago. But we still worried about keeping things on the panel lit up. Alternators and flooded lead-acid batteries did not enjoy stellar reputations. About 1990 at Oshkosh, I recall a couple of vendors offering Eagle-Pitcher sealed-lead acid batteries, along with the necessary cable for plugging the battery into ship’s cigar lighter. No STC or other approval was needed for “loose equipment.” However, the idea of sharing cabin space with a 12-pound chunk of lead and plastic during a rollover was not pleasant to contemplate.

Nonetheless, a number of these things were sold based on worry factors, jacked-up by what I call “dark-n-stormy-night” stories in the journals. Many examples can be found by looking in almost any aviation magazine’s archives. 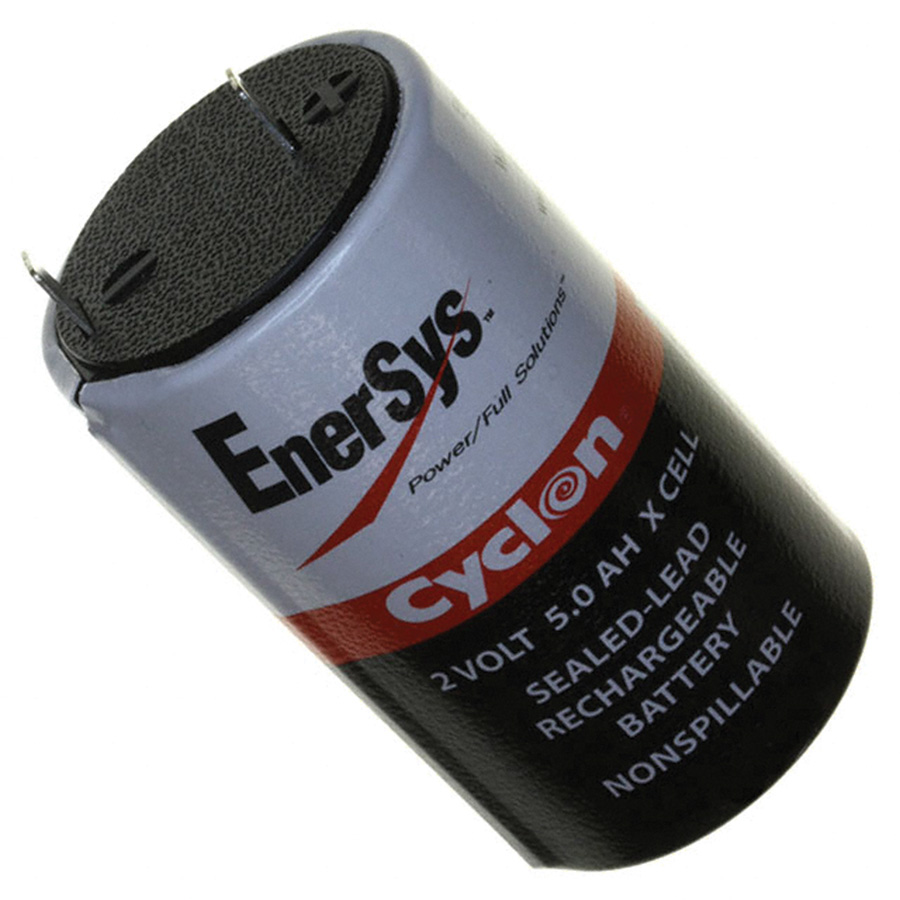 Loss of an engine driven energy source shifts electrical support of systems for sustained flight to one or more batteries. In the technically simpler days of vacuum driven instruments and solid-state rudimentary radios, designing for an alternator-out endurance load was pretty simple. Fuel aboard is a hard limit for endurance readily acknowledged by every pilot and usually treated with respect. I suggested to my readers back then that striving for electrical endurance equal to or greater than fuel aboard was a good thing to do. It was not difficult to design a system that allowed one to comfortably expend all the fuel aboard with battery power left over.

A dedicated “endurance bus” was tasked with operating only those equipment items needed for comfortable navigation to the airport of intended destination. It was loaded to perhaps three amps; a battery capable of carrying that load for the time it took to empty the fuel tanks was relatively small. Successful alternator-out operations with an electrically dependent engine start with knowing the energy required to (1) stay aloft and (2) navigate. 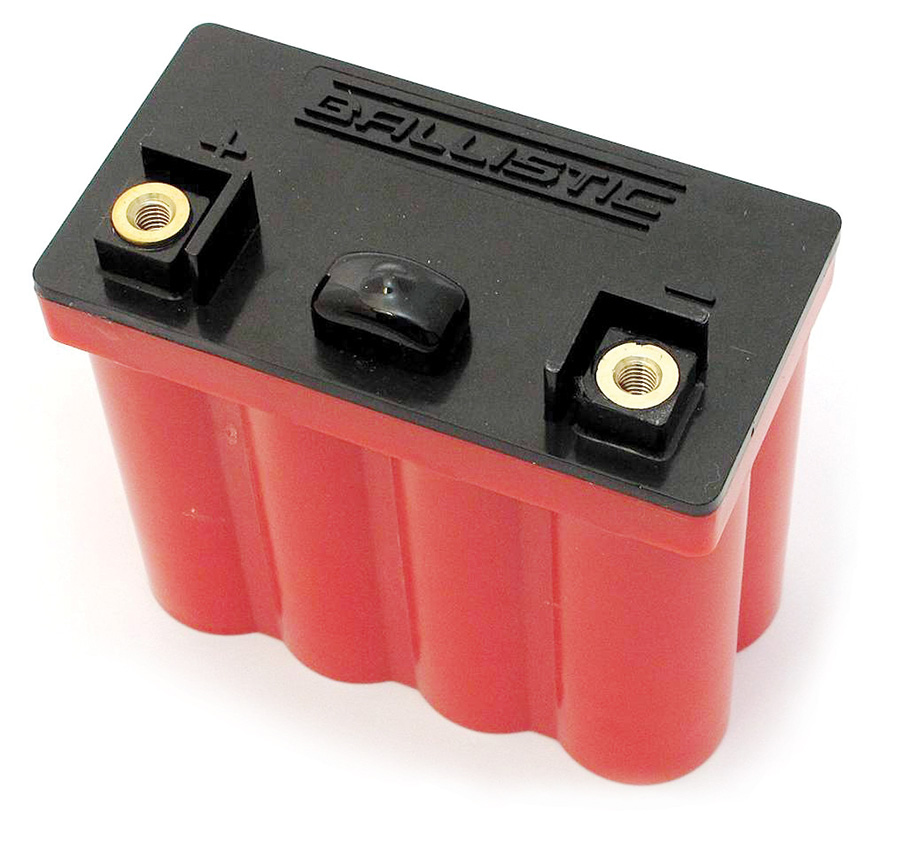 Once the numbers are known, the builder can begin to size the number of batteries and partition their duties. The point of the exercise is to prevent any single failure (like an alternator) from becoming an emergency.

The artful crafting of a successful, low-risk airplane is a study in tradeoffs—tradeoffs that compare complexity and weight with cost of ownership. Backup systems add both weight and cost to the completed airplane. I’ve written often that the lowest risk systems are not necessarily those that suffer the fewest failures. The system suffering moderate, but economically managed, failures may still be quite reliable from the perspective of risk. I suggest further that an airplane with lots of hardware bells and whistles may be a higher risk vehicle when things are not going well in the cockpit.

Next month, we’ll consider value: return on investment for chasing the holy grail of weight savings and/or wrapping ourselves in the golden security blanket of multiple backup systems. We’ll do a market study on the current offerings of lithium-ion batteries for vehicles and give you some tools to evaluate suitability of these products to your project.

The low-risk, electrically dependent airplane needs power. I will suggest again that the battery can and should be the most reliable source of energy in your airplane—and with a little understanding of supporting simple ideas, it’s not a difficult goal to achieve. We may not have a practical way to achieve electrical endurance that exceeds fuel endurance, but we can surely do better than the holy-watered “30-minute rule.”