As we saw last month, a control input intended to roll the airplane will often cause it to yaw as well. This yaw is usually in a direction opposite to the roll. To bank the airplane and make it turn properly this adverse yaw must either be eliminated or countered.

Almost all airplanes exhibit some adverse yaw. How much varies dramatically from airplane to airplane. On some airplanes, adverse yaw is mild enough so that the airplane can be turned with the ailerons alone, though the slip/skid ball might not stay centered. On others the adverse yaw can be so strong that a simple lateral stick input will not cause the airplane to turn. Instead, it will bank one way, yaw the other, and continue in a relatively straight line.

In a few extreme cases, the airplane will respond to a stick deflection by turning opposite to the commanded roll. A combination of high adverse yaw, large dihedral effect and low directional stability can cause reaction. Adverse yaw causes the airplane to yaw away from the desired turn. The high dihedral effect (yaw-to-roll coupling) causes a rolling moment in the direction of the yaw that is stronger than the rolling moment generated by the ailerons, and the airplane rolls and yaws in the opposite direction to the initial stick deflection. This type of situation appears on airplanes with swept wings flying at high angles of attack, and also showed up on some early ultralights. In a milder form of this behavior, the airplane initially turns slightly the wrong way and then eventually turns in the commanded direction once the ailerons sufficiently roll it the right way. In general, large-span, slow-flying airplanes such as gliders and ultralights experience more severe adverse yaw than shorter-span, faster-flying machines.

There are two ways to deal with adverse yaw. Either design the configuration to eliminate adverse yaw in the first place, or provide the pilot with sufficient yaw control power to counter the adverse yaw directly.

The primary purpose of the rudder is to provide a yawing moment to oppose adverse yaw. With enough rudder control power, the pilot can coordinate turns and maintain control of the airplane in spite of adverse yaw generated by the ailerons. If the adverse yaw is large, the pilot will have to make a large rudder input along with a lateral stick input to get a coordinated roll. Low directional stability worsens this situation and increases the amount of rudder needed to coordinate the turn. This need for large rudder deflections to coordinate turns, combined with the heavy feel of the ailerons of many early airplanes, leads pilots to describe them as rudder airplanes.

One way to try to lessen the pilots workload is to couple the rudder to the ailerons with a spring called an aileron-rudder interconnect or ARI. The ARI spring helps the pilot deflect the rudder, reducing the rudder pressure required to coordinate the turn.

ARI springs are sometimes installed in airplanes to make the airplane respond to rudder as though it had more dihedral. When the pilot pushes on a rudder pedal, the ARI also deflects the ailerons, causing the airplane to roll in the direction of the yaw. It is an FAA requirement for certified airplanes that the pilot be able to control the airplane laterally and directionally with just the rudder pedals or just the stick or yoke. If the airplane has too little dihedral or too much adverse yaw, an ARI can help it meet this requirement.

Aileron-rudder interconnects can be helpful, but they can also be annoying. To slip the airplane, the pilot must fight both the aerodynamic hinge moment of the rudder and ARI spring to hold the airplane in the slip. These interconnects can also aggravate Dutch roll and contribute to pilot-induced-oscillations at times. The spectacular crash of the M2F2 lifting-body that was used as the opening sequence of the old Six Million Dollar Man television series was caused in part by a mis-adjusted ARI system that aggravated the vehicles natural Dutch roll tendency.

In a few cases, the ARI is not a spring but a hard connection between the ailerons and rudder to allow two-control operation of the airplane. The most famous example of this approach is the Ercoupe, but it was also a feature of the original 1903 Wright Flyer.

The most powerful effect helping coordinate turns is the directional stability of the airplane.  Increasing the weathercock stability reduces the amount the airplane yaws in response to a given yawing moment. If the airplane is stable enough, the adverse yaw induced by the ailerons will not cause much sideslip. Early airplanes had nearly neutral directional stability, so adverse yawing moment could induce large yaw angles. Modern airplanes are much more directionally stable, and they yaw much less in the same situation.

Lack of sufficient vertical fin is a common failing of homebuilt airplanes and kit airplanes. Designers tend to make the fin too small in an attempt to reduce drag or weight. Often the airplane ends up with poor lateral/directional flying qualities that make the airplane unpleasant to fly. Kit manufacturers are starting to realize this and modify their products to improve directional stability. This trend is one component of a most-welcome increase in consciousness of the value of good overall flying qualities in the kit airplane business.

Controlling roll with spoilers is another way to reduce or eliminate adverse yaw. A spoiler opens on the descending wing, reducing lift and increasing drag. In some cases spoiler roll control systems have been found to produce yaw in the same direction as the roll (proverse yaw). At first this seems to be a good thing, but tests show that proverse yaw can be every bit as annoying and detrimental to the pilots perception of the airplanes flying qualities as adverse yaw. If the proverse yaw is large, the pilot must use top rudder to coordinate turns, which is unnatural and more undesirable than the using a similar amount of normal rudder deflection to coordinate against adverse yaw.

The combination of sufficient directional stability and better aileron design has reduced the problem of adverse yaw considerably. On modern light airplanes, it is possible to maneuver the airplane without touching the rudder pedals, though this is still not recommended pilot technique, and the turns produced will be uncoordinated. 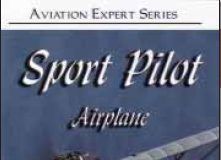 Owen C. Baker - November 6, 2010
0
Its a question of degrees: Step-by-step instructions on how to set your magneto timing.