The tail surfaces of an airplane perform two vital functions: They provide the aerodynamic moments necessary to trim and control the airplane, and they also stabilize the airplane in flight. The effectiveness of the tail surfaces is a function of the geometry of the surfaces themselves, and of the fuselage they are attached to. 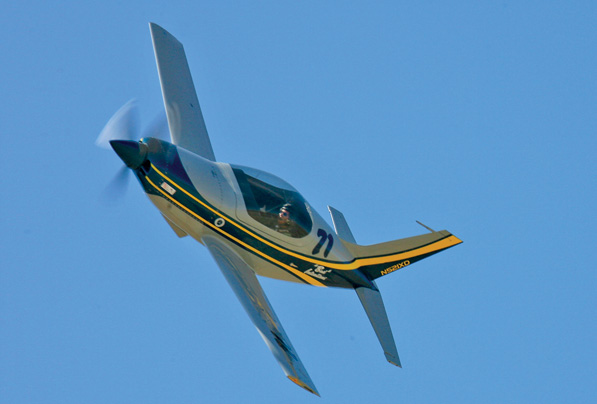 The Questair Ventures short tail arm was one of its signature traits; it actually flew very well with this configuration thanks to the tails high aspect ratio.

This is rarely an issue for horizontal tails, but it can cause problems with vertical fins. If the fin stalls, the airplane may become directionally unstable at sideslip angles above the fin stall angle. Fin stall can lead to a condition known as rudder lock, where the airplane achieves a relatively high sideslip angle because of the loss of directional stability caused by the fin stall, and the rudder forces produced by the sideslip tend to force the rudder hard over. The standard fix for this condition is the highly swept dorsal-fin extension that is a feature of many airplanes. The dorsal fin acts much like the leading-edge extensions or strakes on modern fighters, and it delays the fin stall to a higher sideslip angle.

Sideslip angle can be particularly important during crosswind landings. While we generally try to keep sideslip near zero in up-and-away flight, when landing in a crosswind, it is necessary to deliberately sideslip the airplane. (This does not mean the maneuver called a slip by most pilots.) At the moment the airplane touches down, it must be pointing parallel to the runway centerline, and its velocity will be parallel to the centerline also. If there is a crosswind, the airplane will be flying with some sideslip angle at the moment of touchdown. In a strong crosswind, near the limit of an airplanes capability, this sideslip angle can be as high as 20.

Flutter worries also tend to keep fin aspect ratios down, but with careful design, a relatively high-aspect-ratio, flutter-free vertical fin can be designed. 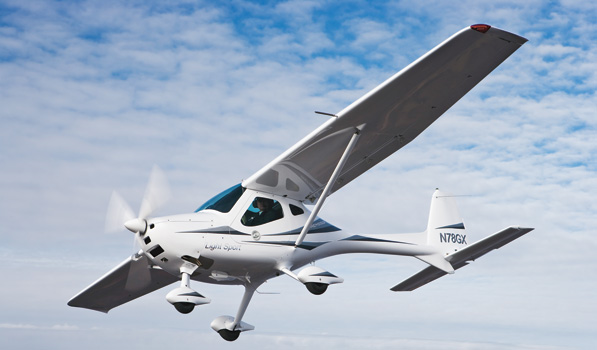 The necked down look of the Remos LSA is typical of sailplane design, where the goal is to reduce wetted area.

The stabilizing produced by the tail is the product of the lift developed by the tail and the tail arm. Increasing the tail arm increases the lever arm over which the tail lift can act. The longer the tail arm, the more stability the airplane will get from a given size tail surface.

To trim the airplane in pitch, the tail must produce a moment that resists the moments produced by the rest of the airplane. For a typical stable airplane, this normally results in the tail being called on to produce a downward force to hold the nose up against the nose-down moment caused by the lift of the wing acting slightly behind the CG, and the additional negative moment due to the camber of the airfoil. The moment produced by the tail is the product of the tail force and the tail arm, so the shorter the tail arm, the greater the tail load necessary to trim the airplane.

Tail arm also affects the damping, or resistance to yaw or pitch rate, provided by the tail surface. If the damping is stable, a pitch or yaw rate will cause the tail to develop forces that oppose the rate and tend to stop it. When a stable airplane is perturbed, the stabilizing moment provided by the tail will drive the airplane back toward its original trimmed flight condition. When the airplane gets to that condition, it will be pitching or yawing at a non-zero rate, and will overshoot. The stability of the airplane will resist the overshoot and drive the airplane back toward its trimmed condition. Without damping, this oscillation would continue indefinitely, unless it is actively opposed with control inputs. Damping, by opposing rate, causes the oscillation to die out. On conventional light airplanes, you can see this phenomenon in action by pulsing the rudder in level flight. When the rudder is released, the airplane will yaw back toward the direction of flight. On most airplanes it will overshoot a little, and take one or two cycles for the oscillation to damp.

Increasing the tail arm requires the fuselage length to grow. This increases both the weight and wetted area of the fuselage. It allows the tail surfaces to shrink to get the same level of stability and tail control power. On some airplanes, the fuselage length dictated by the size of the cabin and an aerodynamically acceptable after-body provides sufficient tail arm so that there is little benefit in further extending the fuselage to make it possible to use a smaller tail. We see this situation on large utility single-engine airplanes and on most airliners and transports.

On smaller airplanes, the trade-off is less clear. The cabin of a single-seat or two-seat airplane is short, and even most typical four-seaters end up with relatively long, empty tail cones aft of the cabin. The designer has the choice of using a relatively short fuselage, combined with high-aspect-ratio tail surfaces, or a longer fuselage and smaller tail surfaces.

A good example of the use of a high-aspect-ratio tail to provide good stability on a configuration with a relatively short tail arm is the Questair Venture.

We see the opposite approach on competition sailplanes, and some Light Sport airplanes. It is common to squeeze the fuselage cross-section down quickly aft of the cabin to reduce wetted area, and then transition to a relatively long tailboom to produce a large tail arm. This pod and boom approach pays a small fuselage weight penalty by reducing the boom cross section, but in return the wetted area of the fuselage is kept to a minimum, and the long tail arm allows more wetted area to be saved by making the tail surfaces themselves smaller. 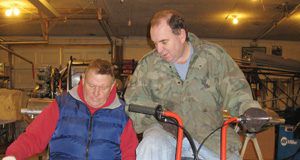