This month we consider a subject that is not strictly technical. Many homebuilders want to create an original design but lack the engineering know-how in some areas to do the design properly. They wisely seek the help of people who are more familiar with the particular technical area in which they are having problems. Unfortunately, getting technically qualified help when designing a new homebuilt airplane is not easy. Finding the right person to help make your dream airplane a reality is a quest that frustrates many would-be designers. 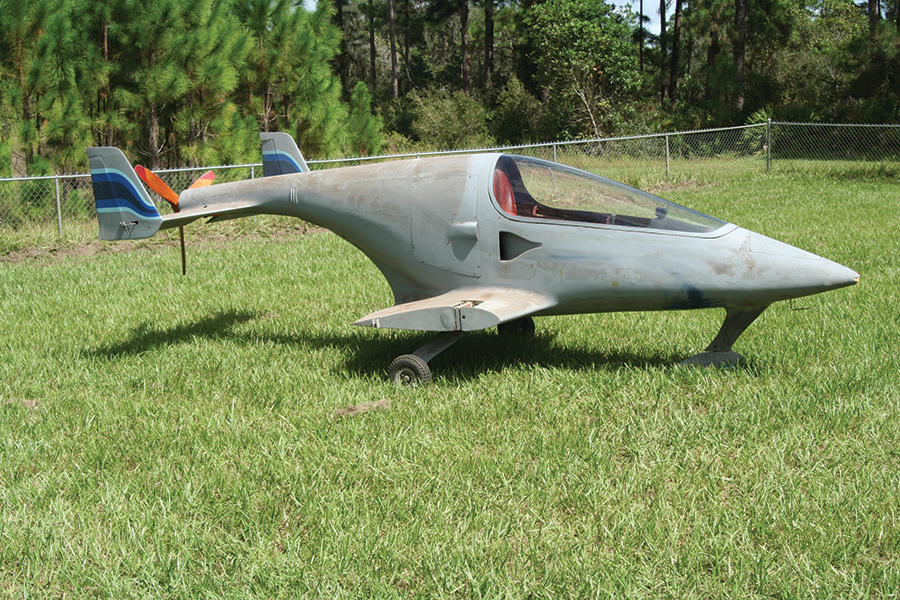 If you’re going to go radical, some professional help might be appropriate. New configurations require lots of analysis to get things right.

For example, some time ago, a reader wrote the following in a letter to me:

“I’ve been trying to design my own canard type aircraft and every time I’ve tried to get some advice and help, I’m told that my idea won’t work and I should abandon it. I think it will work! How do I get someone to listen and help?”

There is no single magic way to solve this problem. I offer some general advice based on my experience and how I personally react when I am approached by someone with an idea. I hope it proves helpful.

Getting help on a project, particularly competent technical help, is not easy. You are asking someone to invest a significant amount of time and effort in a project that is not their own. To do this, you need to either get them interested enough in the project to work on the airplane for its own sake, or make it financially worthwhile for them to help you. The more unorthodox your concept is, the harder it will be to get people to listen. A few possibilities to explore when seeking assistance are:

Engineering colleges are very often looking for student research projects. If you can get one of the faculty interested in your concept, he or she may be able to get you together with an interested student. This can lead to the student doing either analysis or testing to fulfill his course requirements, and you getting free—or at least low-cost—data.

In recent years, many engineering schools have started programs where students build and fly UAVs (Unmanned Air Vehicles). You may be able to get them interested in flight testing a concept as an exercise in UAV development.

If you are not already a member of the Experimental Aircraft Association, join EAA and start attending meetings of your local chapter. You may be able to find someone who is willing and able to help. If no one in your local chapter is available, you might try other near-by chapters. The more contacts you make, the more likely you are to find the right help.

There are qualified engineers who are willing to work on almost anything on a pay-as-you-go consulting basis. The basic problem, of course, is that they cost quite a bit per hour. If you are lucky, you may be able to interest one sufficiently in the airplane to get him to reduce his rates. Some consultants advertise in homebuilder-oriented magazines such as KITPLANES® and Sport Aviation, and on the Internet.

Paid consultants should be approached with great caution. The qualifications of the people offering their services, particularly online, vary greatly. A slick web site with lots of pretty computer-generated graphics is not evidence of real technical qualifications. It is wise to find out what real, flying aircraft the consultant has worked on, and exactly what their part in its design was, before proceeding further.

A classified ad in a general aviation oriented magazine may help get you and some qualified helper together. Several homebuilt and aviation-oriented Internet sites also provide a forum for people to seek advice or offer consulting services. The disadvantage of this approach is that you may also attract some people who are not qualified to help and will waste your time. As we discussed a few months ago in Wind Tunnel, there are a lot of people out there who offer authoritative-sounding advice, but lack the real knowledge to back it up. 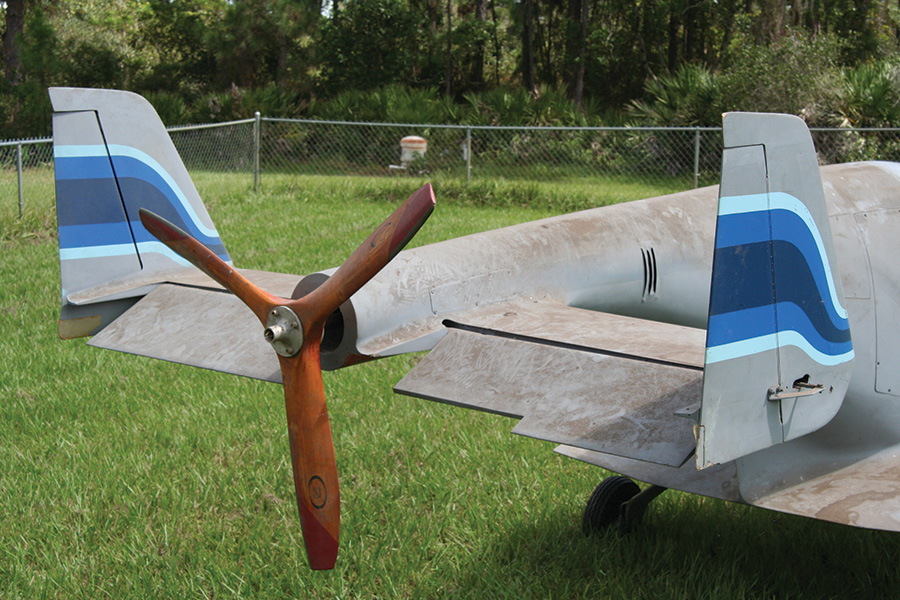 In addition to aerodynamic concerns, this aircraft project might need some mechanical engineering help to evaluate the long driveshaft.

Many of the letters I have received over the years seeking help contained nothing more than a very crude pencil sketch of an idea, and a general request to help. This kind of initial contact is not at all persuasive. It shows that you know very little about what you are trying to do, and have not invested much of your own time and effort into your idea.

An approach like this is doomed to fail with most people. The only positive responses will likely come from paid consultants who will quote prices based on the idea that you will be hiring them to do essentially a complete design that looks something like your sketch.

Credibility is vital when you are asking someone to donate his time and effort to your project. They must feel that it is a worthwhile undertaking. If you are the person “designing” the airplane, you must take the time to learn at least the basics of airplane design on your own before seeking help on the project. No one wants to do the majority of the work on a project while under the direction of a “designer” with a vision, but no real knowledge.

A first step to take before seeking technical help on the final design is to do some experiments to show the merits of your concept. If you demonstrate that it can work, or at least that it has a reasonable chance of working, people will be more inclined to listen to you and maybe even help.

A good way to start off is to build a flying model. You can begin with a profile balsa or foam glider to get some very basic information on stability, and where the center of gravity should be. A moderately large radio-controlled model is the next step. Pictures or video of the model flying will go a long way towards convincing people that your configuration has some merit, and you will learn a lot in the process of building and flying the model that will help in the design of the full-scale airplane. 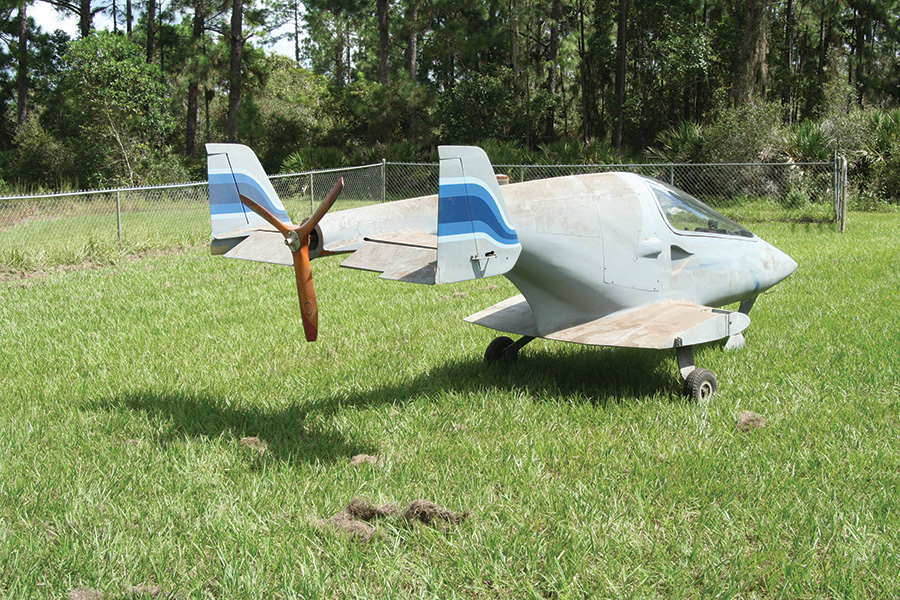 Are the rudders large enough to compensate for the larger fuselage forward of the CG? How much drag can be expected from that fuselage behind the wing? These questions are complex, and an experienced designer might be able to supply answers.

When you are talking to a potential helper, what you say during the conversation can be very important. First of all, have specific questions to ask, if at all possible. Remember that what you are asking may mean a lot of work. You want to get the person interested enough in your airplane to help you. If helping appears to be a lifetime task, the person will probably decline.

A general “What do you think?” type of question does not give any idea of what you are after and may put the person off. The same goes for a general “help me” appeal or a blanket declaration that you have the “ultimate airplane.” If your approach is well thought-out, and gives the impression that you have a reasonable understanding of what is involved in the project, a person is much more likely to listen to you and become interested in the project than if you sound like you don’t know what you are doing. Any analysis or experimental data you have will also be useful in generating interest. Pictures or videos of a flying model of the configuration are particularly effective since they show that the thing will really fly and that you are serious enough about the project to have put in a lot of your own effort.

Finally, you must approach a conversation with an open mind and try to get as much information from it as possible. If someone says, “It won’t work!,” don’t get angry; ask why they think that it won’t work. You may be able to address the objection, continue the conversation, and convince the person that you have a good idea. If you get annoyed, the conversation is over. You should also listen closely to the technical points that are brought up, even if they are not what you want to hear. If the person you are talking to is professionally qualified, they may be telling you something important that will help you fix a problem and make your airplane a success.

When you do finally connect with someone who is willing to give technical assistance, be careful. Try to find out what the person’s technical qualifications are. There are plenty of self-proclaimed experts out there and airplane design is not a place for the ignorant. Remember, these things can bite, and a radical, unconventional airplane is harder to design and make safe to fly than a conventional airplane. Make sure the advice you are getting is coming from a person who knows what they are doing.

Persistence is most important. Developing a new airplane configuration is not easy, and even after you have it working, many people will refuse to believe it. John Dyke was assured by several people that his Dyke Delta design would not fly…after he had over 500 hours on the airplane. Keep trying and, sooner or later, you will find the right help or learn enough to do it yourself. Good luck and be careful.