Last month, in our ongoing discussion of balance and center of gravity (CG), we explored how the change in fuel mass due to in-flight fuel burn affects the CG and can cause the CG to move in flight. This is of particular concern because it is possible for an airplane to take off with the CG within safe limits and then end up at an unsafe CG as fuel burns off. This month, we turn our attention to items that are loaded aboard before flying that have (essentially) fixed mass. 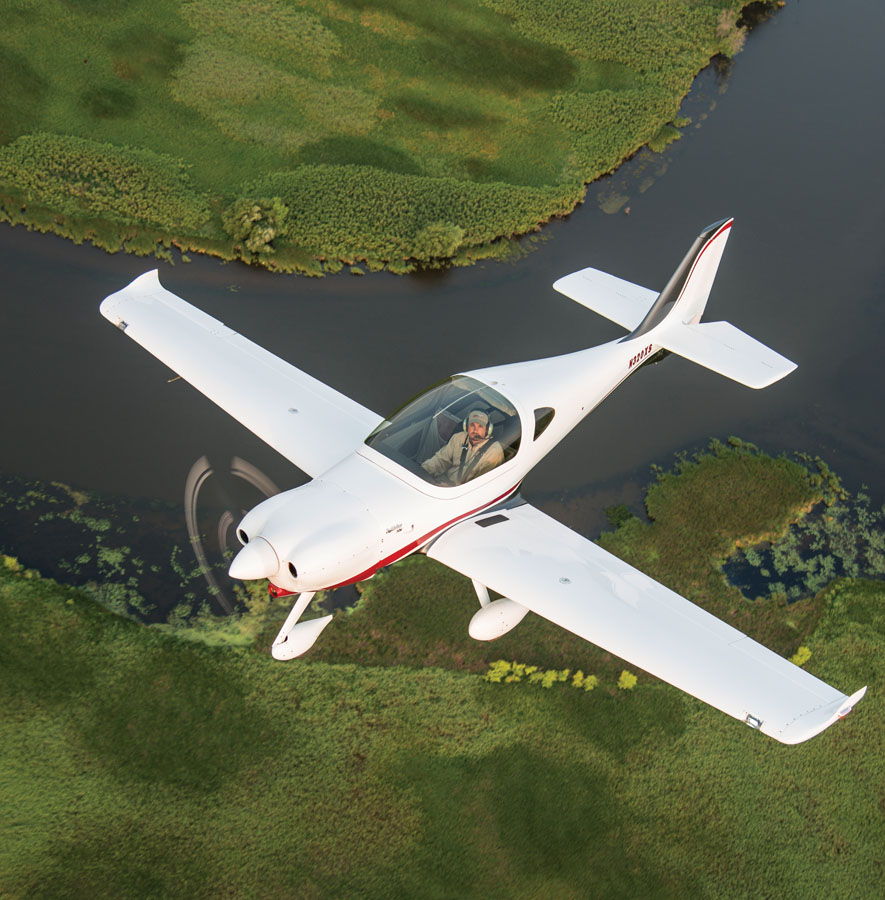 In addition to fuel, most airplanes must carry some combination of people and cargo (or baggage). Both the position and mass of each of these affects the CG. The weight of each of these items can vary quite a bit from flight to flight. Their individual weights, and whether or not they are on board move the CG. The designer must take all of this into account and determine the range of CG positions, from most forward to most aft, that can result from different loadings of the airplane. These loadings must take into account extreme conditions such as zero-fuel (in flight), and maximum excursions in pilot and passenger weights.

Once the physical CG range possible due to loadings has been determined, the design of the airplane can be adjusted to ensure that it has safe flying qualities when loaded anywhere within the CG range. These adjustments typically take two forms.

The first is to tune the aerodynamic configuration of the airplane so that it can accommodate the full physical CG range that has been defined as required. For conventional aft-tail configurations, this typically consists of properly sizing the horizontal tail and adjusting the fore-and-aft position of the wing on the fuselage.

The second is to alter the layout of the airplane to reduce the distance the CG moves in response to loading changes and to center the CG range on a desirable position for flight. These changes are often more difficult to accomplish than aerodynamic adjustments because they involve repositioning seats, cargo carriage, fuel tanks, and heavy components of the empty aircraft such as engines, batteries, and equipment. We have already touched on a few of these for the fixed components of the airplane. Now let’s look at some variable loading items.

The first significant variable weight we need to consider is the pilot. The pilot’s weight can vary dramatically from flight to flight. To give an idea of this variability, the table below shows weights for the United States adult population.

If we assume that the selected range of pilot weight will all result in gross weights within limits, our primary concern is how varying pilot weight changes the CG. This is a direct function of how far from the CG of the rest of the airplane the weight of the pilot is located. As we saw a few months ago, this is highly configuration dependent.

The most difficult case is where the pilot’s seat is well forward of the flight CG, and at least some pilot weight is necessary to bring the CG within limits. Sailplanes are one example of this situation, and for powered airplanes, pusher configurations typically deal with this issue also. The large forward displacement of the pilot relative to the flight CG causes two significant issues.

The good news here is that increasing pilot weight makes the airplane more stable. It is far more common for pilots to be heavier rather than lighter and for people to assert (or believe) that they weigh less than they really do. Overweight pilots or underestimating pilot weight may hurt performance and possibly takeoff and landing speed, but they are not going to result in a dangerously unstable far-aft CG location.

The opposite case, where the pilot is well aft of the CG, has the opposite issues. This situation is typical of tandem-seat, single-engine airplanes and some single-seaters with very big engines. In these cases, the pilot is situated well aft to counterbalance the weight of the engine. In the tandem airplane, the passenger is sitting on or near the center of the CG range and does not affect CG much.

With an aft pilot, the CG moves aft as pilot weight increases. A lightweight pilot enjoys the happy combination of a lower gross weight and a more-forward CG, so the airplane will be both lighter and more stable than with a heavier pilot. Where things can become problematic is with an overweight pilot since this can result in the combination of heavy gross weight and a CG that is aft of the limit for safe, stable flight.

For airplanes with side-by-side seating, the effect of pilot weight on CG will typically depend on how many seat rows the airplane has. For single-row (2-seat) airplanes, the pilot and passenger sit near to, or slightly aft of, the CG. It’s likely that increasing pilot weight will move the CG aft, but the effect is likely to be smaller than for the two cases we just discussed above.

For multiple-row airplanes (typically two rows for 4-seat and three rows for 6-seat), the front seats are forward of the nominal flight CG. In this case, heavier pilots move the CG forward. 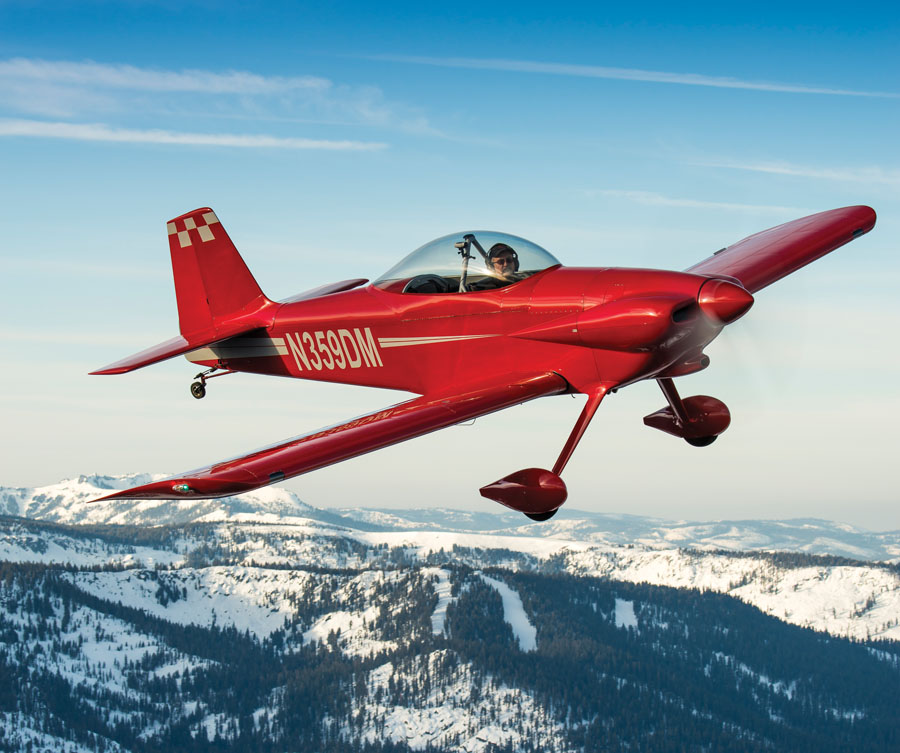 In tandem-seat airplanes with the pilot sitting up front, variations in pilot weight will not move the CG much. But the more the passenger weighs, the more the CG will move aft.

Unlike the pilot, passengers may or may not be aboard on any given flight. Accordingly, it is common to use average passenger weights for calculating airplane gross weight capability in the design process. Despite this, it is still wise to take large variations in passenger weight into account when determining CG positions and range because a heavy passenger can sometimes move the CG out of range even while the airplane remains within its gross weight limits.

The effect of passenger weight on CG will depend strongly on cabin and seating configuration.

On tandem-seat airplanes, such as the Cub, the pilot typically sits in the aft seat, as we have just discussed. The passenger, in the front seat, will be very close to the CG, so variations in passenger weight will not move the CG much.

Typically, side-by-side, two-seat airplanes have the CG of the pilot and passenger near or slightly aft of the flight CG. It’s not uncommon for the seats to be far enough aft that increasing pilot and passenger weights move the CG aft. For such airplanes, the designer must check the loading conditions with the maximum allowable pilot plus passenger weight in the seats, particularly if there are any other items such as baggage or fuel that load aft of the CG.

If the airplane has more than two seats, it will typically have two or more rows of seats. On these configurations, the front-seat occupants are ahead of the CG and will move the CG forward as they get heavier. The critical case here tends to be with a lightweight pilot and heavy passengers in the aft rows. The rearmost row is of particular concern since it is farthest aft of the CG. It’s not uncommon for an airplane to have maximum-weight limitations for aft-row passengers to keep the CG within limits.

Pilots operating multiple-row airplanes must also be more careful to check CG before takeoff and arrange the passengers properly to keep the CG within limits.

Another concern, which designers must address when sizing the tail, is that a multi-row airplane tends to “load aft” as more people get aboard. This can cause a quite significant change in flying qualities, particularly pitch-control sensitivity, as the loading of the airplane changes. This can sometimes catch pilots who are used to flying the airplane solo or with one passenger by surprise when they take additional passengers for a flight. The additional rear-seat passengers increase gross weight and move the CG aft, making the airplane more pitch sensitive. This change can be of particular concern in the traffic pattern since the higher gross weight increases stall speed and at the same time makes the pitch forces lighter so that the pull force on the stick required to stall the airplane is lower. If the pilot is not properly aware of these changes, the flight becomes vulnerable to a stall/spin scenario.

This was a problem for one relatively popular production trainer some years ago. The airplane was produced in both 2-seat and 4-seat versions that were otherwise identical except for the addition of the rear seat on the 4-place version. In its 2-seat trainer configuration, the airplane was quite nose-heavy when flown with an instructor and student aboard. As a result, pitch forces were relatively heavy, and even at full-aft stick it was difficult to completely stall the airplane.

This changed significantly in the 4-seat version. With passengers in the back seat, the pitch forces lightened considerably, and the airplane was relatively easy to stall. Unfortunately, the type suffered some stall/spin accidents where a relatively low-time pilot who had trained in the 2-seat version transitioned to the 4-place, flew with the seats full, and was caught by the change in pitch forces and stall characteristics caused by the aft CG.

Next month, we will start looking at how the aerodynamic limits of acceptable CG position are determined and sizing the horizontal tail properly as a result.