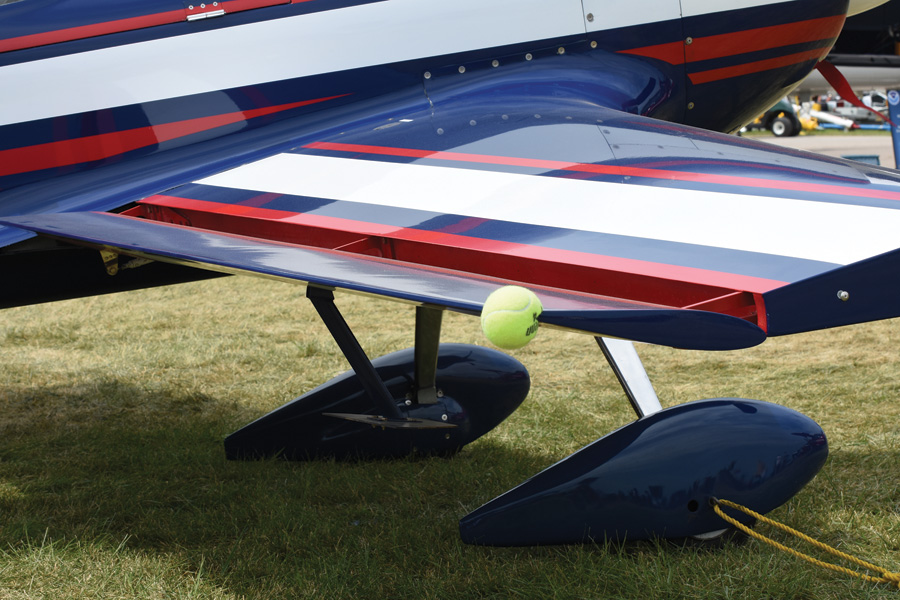 The aileron of this Giles 200 shows the set-back hinge axis and an intermediate nose shape. Note how far the aileron hinges are cantilevered aft of the wingspar.

The combination of larger control surfaces and greater aerodynamic loads resulting from higher flight speeds presented designers with a problem: The moments required to deflect the controls got so large that a single pilot was not strong enough to move a simple flap-type control enough to fly the airplane. In order to solve this problem, it was necessary to learn how to shape and hinge control surfaces so that the hinge moments needed to deflect them remained within the capacity of an average human pilot.

In today’s world, large and high-speed airplanes use fully powered control systems, so the problem is solved with brute hydraulic or electrical force. General aviation airplanes, however, still use mechanical controls, and some of the aerodynamic balancing concepts originally developed for WW-II military airplanes can be quite useful to tailor the flying qualities of the airplanes private pilots build and fly.

Offset hinges disappeared almost entirely from the scene with the advent of powered controls on large airplanes. In recent years, they have reappeared on the ailerons of aerobatic airplanes.

Offset hinge line balancing does have some disadvantages that must be addressed. The first is that the hinge system becomes more complex. The hinges must be cantilevered back from the fixed portion of the flying surface, and the hinges themselves and the structure they are anchored to must be strong enough to withstand the moment caused by this aft cantilever.

The second disadvantage is that, in order to work properly, the control surface nose must be able to move up and down relative to the fixed surface the control is attached to. This necessitates some gap at the control surface leading edge and means that gap sealing is not possible. There will be some aerodynamic penalty for this.

One characteristic of the offset hinge line type of balance is that it can introduce significant nonlinearity into the control-surface hinge moments. The hinge moments on a plain flap control surface change smoothly as the surface deflection changes. If the hinge line is offset, the moments may change suddenly at some deflection, or the rate of increase of moment with increasing deflection may change over the control surface’s range of deflection.

This nonlinearity is not always undesirable. On an aerobatic airplane, it can be used to tailor the aileron forces so that the initial stick force for the first few degrees of deflection is heavy enough to allow precise control and for the airplane not to feel “twitchy,” while at the same time keeping the force required to make a large aileron movement for rapid rolls light enough to allow the pilot to maneuver aggressively. 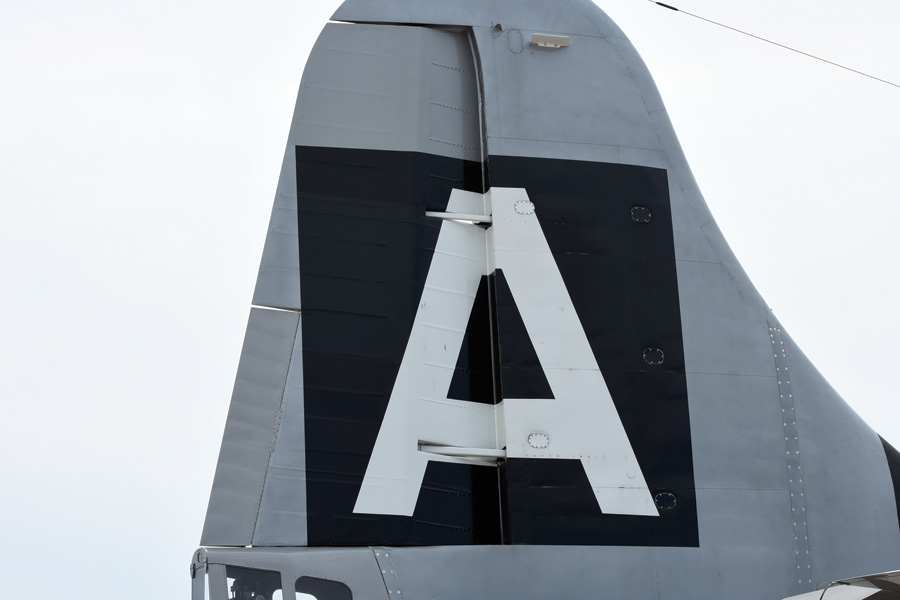 The B-29 rudder has a sharp nose shape and an offset hinge. The large amount of offset was needed so this very large surface could be moved by the legs of a single pilot, with no power assist. The included angle of the rudder leading edge is chosen so the sharp leading edge of the rudder does not unport at maximum rudder deflection.

Over the years, designers have developed a number of control surface nose shapes that are used on balanced controls. 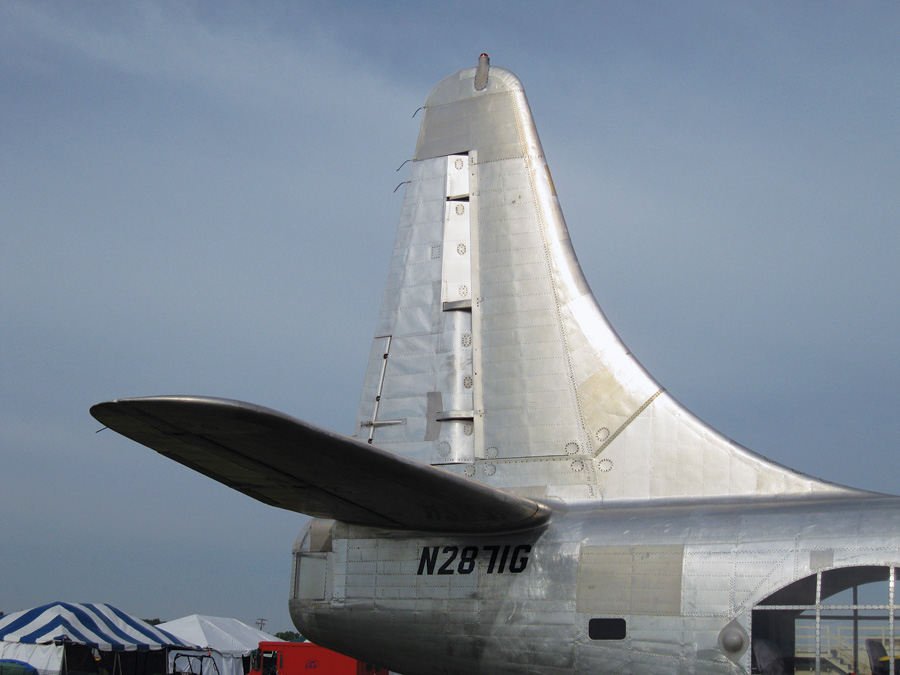 The rudder of the Consolidated PB4Y-2 Privateer (Naval patrol version of the B-24 Liberator) has a mix of nose shapes. The lower half has a more rounded shape, while the upper portion is sharp edged. The combination of the two allowed the rudder hinge moment to be tailored by varying the span of the sharp and rounded segments of the leading edge.

All of these nose shapes have been successfully used on flying airplanes to alleviate hinge moment and floating tendency. Which is the best choice depends on three factors:

The fully blunt shape provides more hinge moment relief than the other two shapes, but has the most nonlinear hinge moment characteristics.

The sharp nose provides the most linear variation of hinge moment, but reduces hinge moments less than the blunt shaped nose. The sharp nose also has the lowest total control power for a given control surface area due to its sharp stall when the nose unports.

The intermediate nose shape offers a compromise between these two sets of characteristics.

Kit Stuff: As the Price Gets Bigger, the Avionics Get Smaller