In our last article, we said that a low VSWR (pronounce VIZZ-war) was a good thing, but we didn’t go into the why and the how of it. I’m about to rectify that lapse.

Let’s talk about a simple guitar string. When you pick/pluck/strum a string, it vibrates. You can call it music, you can call it a note, but it vibrates at one frequency and one frequency only. If you glue a little tiny speaker to that string and start feeding it sound energy, you will find that the guitar string will accept the energy at the same frequency that it emits when you strum it. Move that frequency above and below “resonance” (where the string naturally vibrates) and you will find that the string absorbs less and less of the energy until you get to a point where there is no string movement at all; it is accepting zero of the energy you have given into the speaker. 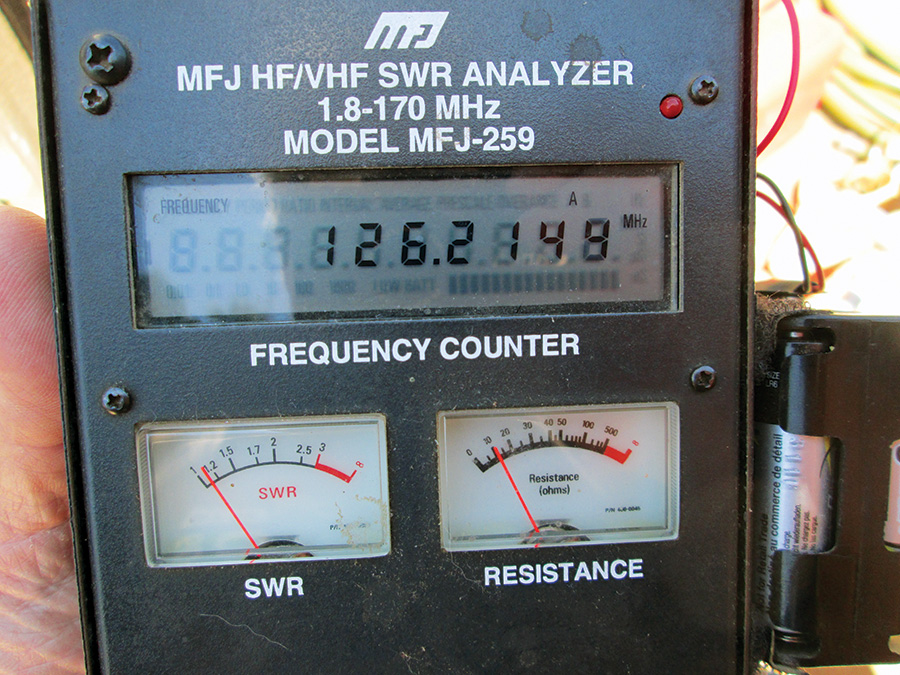 The MFJ antenna analyzer. Note that the VSWR at band center (127 MHz) is below 1.2:1. The device actually radiates a signal, so it can be used for receiver testing as well.

As most of us who play a musical instrument know, there is always some way of adjusting the resonant element—be it a string or a hollow tube set with holes like a flute, or a hollow pipe like a trumpet—to let us adjust a little tiny bit up or down to “tune” the instrument correctly. And, a little known fact is that a guitar string can be made very thin or very fat, and by adjusting the tension correctly, you can get those thin and fat strings to play the same note. What is interesting is that the fat string with a speaker attached will accept sound energy over a wider range of input energy frequencies than a thin one.

Enough music. Let’s talk antennas. What do we want of an antenna? What we really want is to either “strum” the antenna with a transmitter or let somebody else’s transmitter a long ways away make the antenna vibrate (atomically speaking) into a receiver. In either case, we want a “resonant” antenna for maximum power transfer going out (goesouta) or coming in (goesinta). 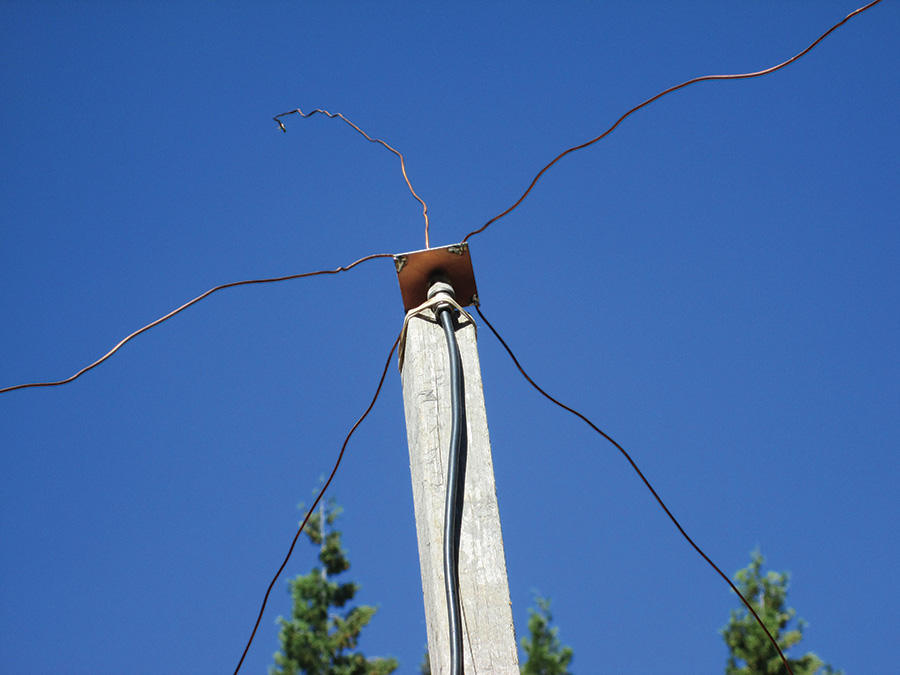 The Romex Ranger on the top of the approved RST antenna test mast (an old piece of 2×2 Douglas fir). Note the FAA-approved fastening device holding the antenna in place (rubber band).

Going back to the guitar string, if you are “off resonance” trying to drive the string, you will find that instead of the whole string vibrating as one wave, at the ends you will see little bumps where the string is out of resonance. Those little bumps are called “standing waves,” and with antennas, we can measure the bumps as changes in voltage. Yes, we can measure the bumps in current and power also, but it is a lot easier to measure voltage. Therefore we have a Voltage Standing Wave Ratio, or VSWR. The further you get away from resonance, the larger the bumps, and the higher the VSWR.

So what? Well, the “so what” raises a bit of havoc with our transmitters in that any energy that is sent to the antenna off-resonance comes back down the transmission line (coax cable) and does little more than heat up the radio’s transistors. All that money spent on power, and we just throw it away with a high VSWR. Or worse, the power comes back down the outside of the coax and radiates into your other electronic devices, causing them to have the RF heebie-jeebies. That’s a technical term; you’ll get used to it. 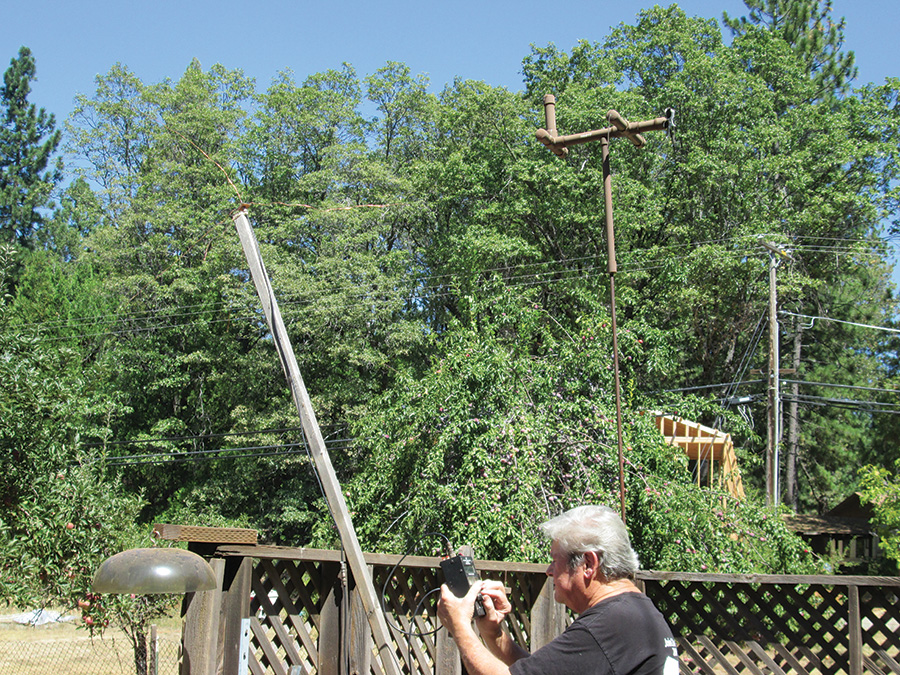 The author using the MFJ analyzer to examine the “goodness” VSWR of the Romex Ranger on the test mast. Note the new RST “Skunk Works” being constructed above and to the right of the author’s head. This will be the location of the test lab for future projects.

Ah, you say, define “high” VSWR. OK, here’s the math of it. With a (practically impossible) perfect VSWR of 1:1, all the power going into the antenna is radiated out. With a practical antenna with a resonant VSWR of 1.2:1 (usually just called a 1.2 VSWR) there is less than 0.3% of the power reflected. Another way of saying this is that 99.7+% of the power is transmitted.

But no antenna is perfect, especially when we get away from exact resonance. With a com band going from 118 to 137 MHz, you will probably want the best resonance at around 127 MHz. But what happens at the band edges? In all probability, you will get a VSWR somewhere around 3:1 if you use thin wire for your antenna or 2:1 using a nice wide half-inch copper tape. What does this mean?

How well does this theory correlate with the real world? Let’s go back and look at the little Romex Ranger we made for the October issue. Remember? The contest was to make a “good” portable aircraft antenna for under a buck. We cheated by a nickel; it cost us about $1.05, but we came engineering-close to that goal.

Now let’s go back and actually measure that antenna. And let me digress for just a short paragraph or two. 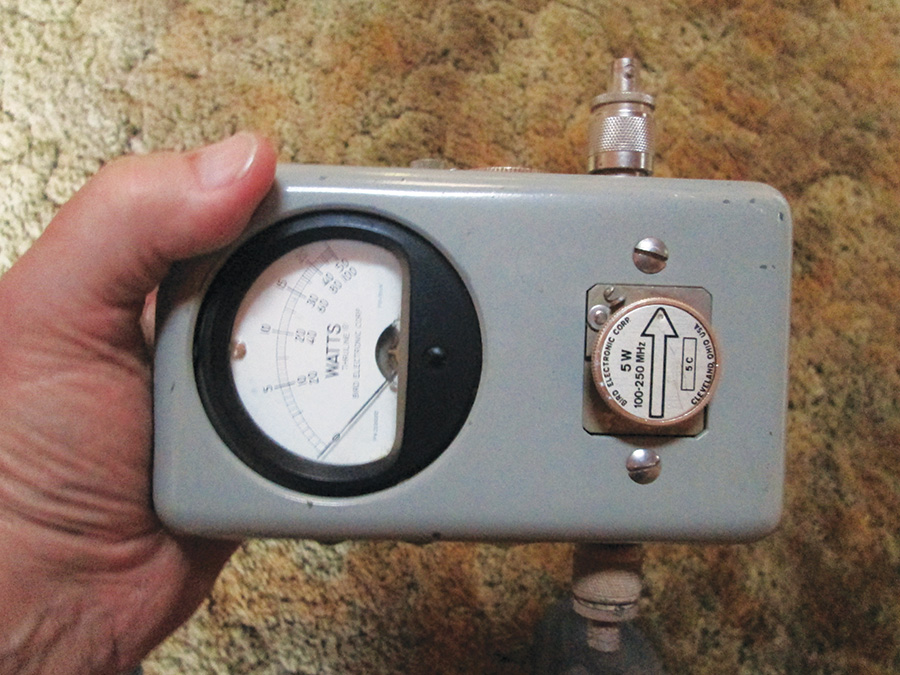 The Bird bidirectional wattmeter. The round white part with the gold band at the center bottom of the wattmeter is called a “slug” and comes in various frequency ranges and power handling capability. This particular one is 5 watts full scale for power from 100 to 250 MHz.

Most EAA chapters have some sort of “special tool loan” program, whether it be the chapter itself buying the tool or a list of tools owned by chapter members who are willing to loan to other members. What I have never heard of is a chapter with an antenna analyzer for loan. Here you go.

While I rarely, if ever, recommend a source for a product, I’m going to break my tradition. There is an outfit called MFJ (I have no idea what the initials mean, but I’ve heard some bawdy suggestions) that makes a perfect antenna meter called an MFJ-259, or the successor, the 259B. Both are equally good for our uses. You can measure antenna VSWR directly from a meter on the front panel and run it in the field from AA batteries.

Why, you ask, measure your antenna? Because, grasshopper, once you glass that sucker over, it is a real job to dig it out of the foam and repair it. It is analogous to hanging your engine, riveting the cowl on, and hoping all is well when you fire it up for the first time. That’s a lousy time to find out you put the mags on backwards. For less than $300 you can buy the instrument that will measure every antenna on your airplane before you cover it up, and once you are done with that instrument, you will never again have a use for it. Talk the chapter into buying one. It will be the best $300 they’ve ever spent.

If you have a radio tech in your chapter, he may have another instrument that will measure forward and reflected power, which gives you pretty much the same information that the MFJ antenna analyzer gives you, but it requires a working transmitter to make it work. The “Bird” power meter will give you excellent results when in skilled hands. A little cheaper, but not anywhere near as easy to use.

There is no real reason for me to repeat the graphs I gave you in November. The measurements I took on our little copper house-wire ground plane lay right on the theoretical graphs so close it would be a real yawner to simply put more dots on the same lines as you already have.

Coming soon—The Boss wants me to take a little look at those old stainless steel whips with the ceramic base grommets and see if I can figure out why keying your transmitter makes all the little LEDs on your panel dance like Christmas trees. I’ll give it my best shot. Stay tuned. 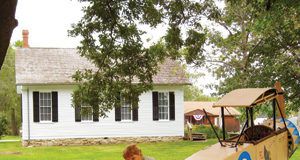 Dean Sigler - October 14, 2011
0
Dale Kramer invigorated the ultralight movement in the 1970s with the Lazair. Now he's doing it again-with a battery-powered version. By Dean Sigler.