Every now and again I have a good idea, but I can’t make it stretch to a full article. Here are a couple of good ideas that have bubbled to the top over the last couple of years, but couldn’t find a home in a single article.

How to Assemble a BNC Connector

I’ve been using BNC connectors for way more than half a century. As a matter of fact, I just disassembled a BNC connection I made in college (1965) that has been out in the weather for almost 50 years and the inside is as slick as a whistle. Not a hint of corrosion. It is all in how you do the original connector assembly.

I don’t care what your hangar neighbor’s brother’s hairdresser’s good buddy says about BNC connectors. The ones that last are not compression (solderless) connectors, but good old UG88 (male) and UG89 (female) solder-on connectors. These are solder-the-pin-on connectors and have a lifetime measured in dozens of years. The solderless connectors are what we call junk and I guarantee that within a year or two, they’ll give you fits.

Given that you will be using UG88/89 connectors, here is the drill for assembling them:

2. The catch-dimension for BNC connectors is 3/8 inch (9.5mm). Remember this number.

3. The real secret for BNC connectors is grinding down a cheap open-end 3/8-inch wrench to a thickness of 0.1 inch (2.5mm). This wrench will enable you to hold the body of the connector without using the ham-hand method of pliers. 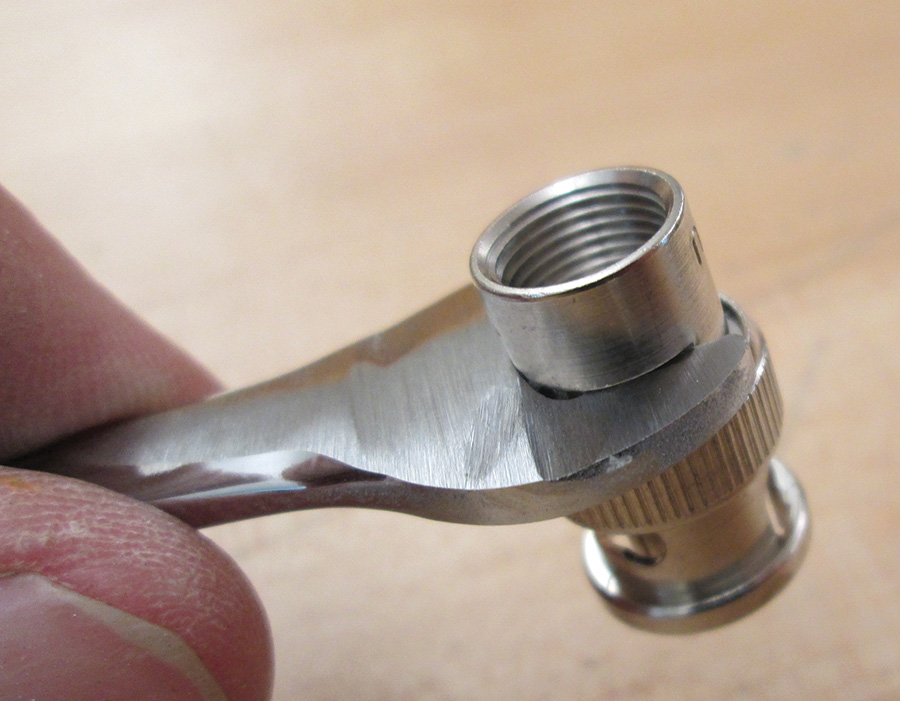 Holding the BNC connector with the ground-down 3/8-inch wrench.

5. Now it is time to strip the coax. There are several tools available for this task, but I find a plain old manual stripper-crimper-screwcutter (Klein #1002) quite adequate for the job. Use the AWG #10 stripper hole and rotate the tool until the outer black plastic insulation can be removed from the coax. How much insulation to remove? Why, 3/8 inch, of course. 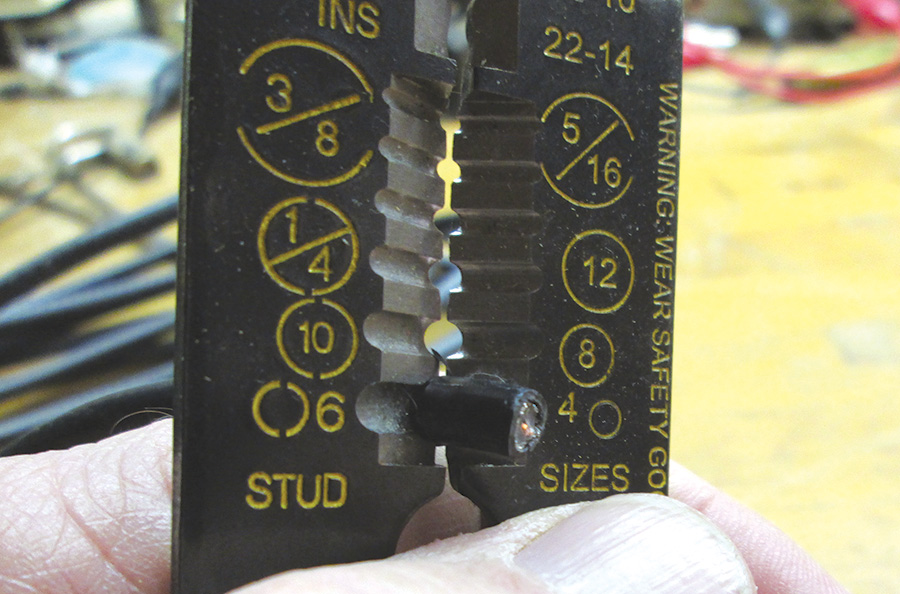 Cutting the outer insulation off with an inexpensive wire stripper.

6. Bend the shield wires back until they are perpendicular to the coax. Make absolutely sure that there isn’t one little tiny shield wire anywhere on the clear plastic insulation around the center conductor. This is an absolutely critical step; one tiny shield wire can make the entire assembly worthless.

The parts (threaded nut, flat washer, rubber gasket, and braid clamp) of the BNC connector assembled onto the coax with the pin soldered on.

8. This is the point where a good vocabulary of words you didn’t learn in Sunday school will come in handy. Take a moderately hot (700 F) soldering iron (not a gun) and tin it well. Then wipe it very clean on a wet sponge. Put the gold center pin over the center conductor and place the hot iron on the shoulder between the small-diameter end of the pin and the larger-diameter rear section of the pin. Wait…and wait…and wait…until the junction of the pin and the center conductor gets hot enough to melt solder. Try your level best not to get any solder on the outside of the pin itself. If you do get solder on the rear section of the pin, you can use an X-Acto knife to scrape the solder off.

9. Some techs find it easier to put a small amount of solder on the center conductor, another small amount of solder on the hole in the back of the pin, and then heat the pin with the iron until the pin melts the two solders so that the pin slides onto the center conductor. Some are so brave as to use a small butane torch (like those sold to caramelize the sugar on crme brle) as a heat source. I haven’t had the intestinal fortitude (with a capital G) to use either of these techniques. 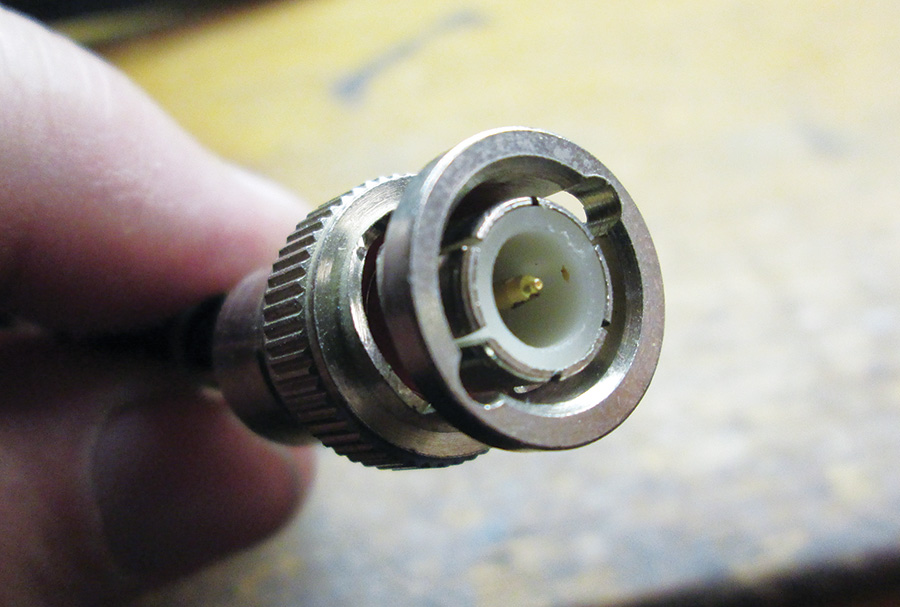 The pin flush with the open end of the connector.

10. Whichever technique you use, insert the pin fully into the connector housing. It is an acceptable technique to pull the pin fully into the connector with long-nose pliers. The pin should be flush with the top of the housing. You will feel a very slight snap as the pin fully connects with the housing. Then it is a simple matter to stuff the shield wires, followed by the clamp, the gasket, the flat washer, and then thread the nut into the housing. Now the 3/8-inch ground-down wrench comes into play. Hold the flats on the body with the ground-down wrench and use another 3/8-inch wrench to tighten the nut onto the body. Done. 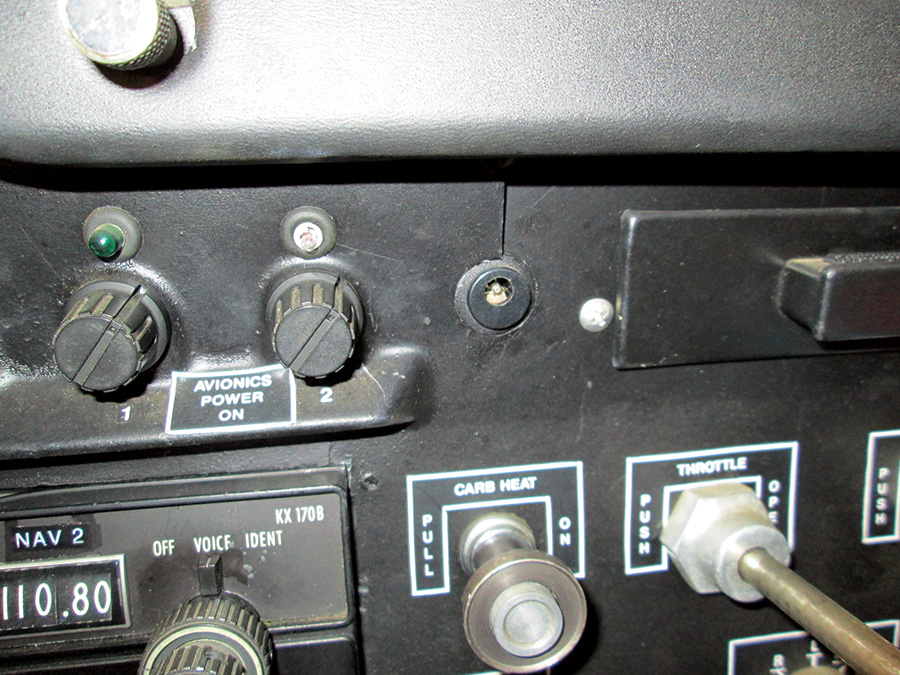 The power connector on the panel of the Cessna (replacing the cigarette lighter connector). 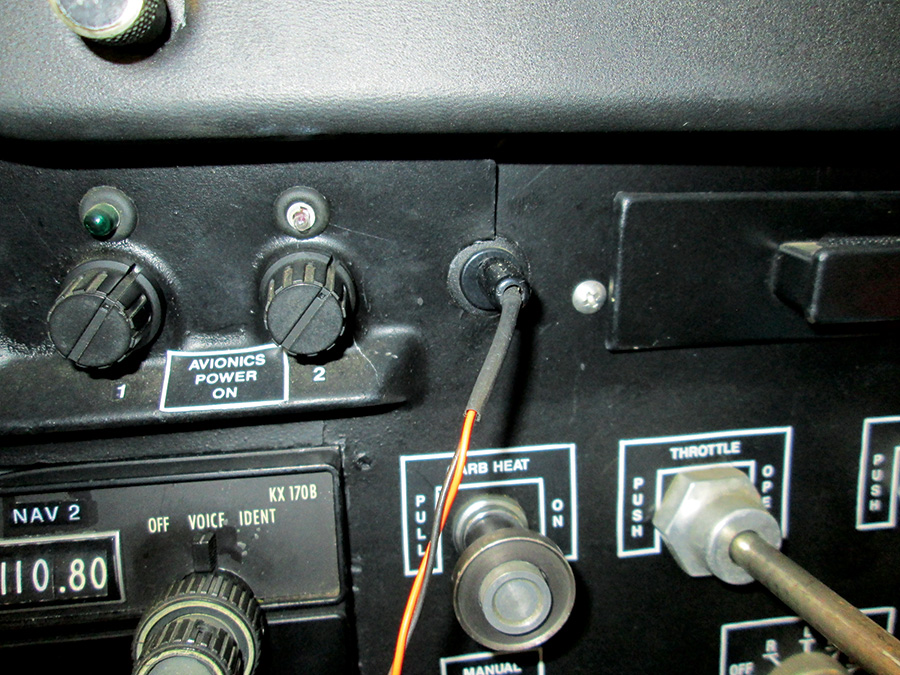 The black/orange wires are coming from the battery trickle charger.

1. There is a power connector from Jameco and several other suppliers (Jameco #151590) that mounts in a -inch diameter hole. Amazingly enough, that is exactly the diameter of a 1950s era cigarette lighter hole. Now I would never in my life suggest that a production aircraft with a cig lighter be replaced with this connector, but I have this friend Ernie… 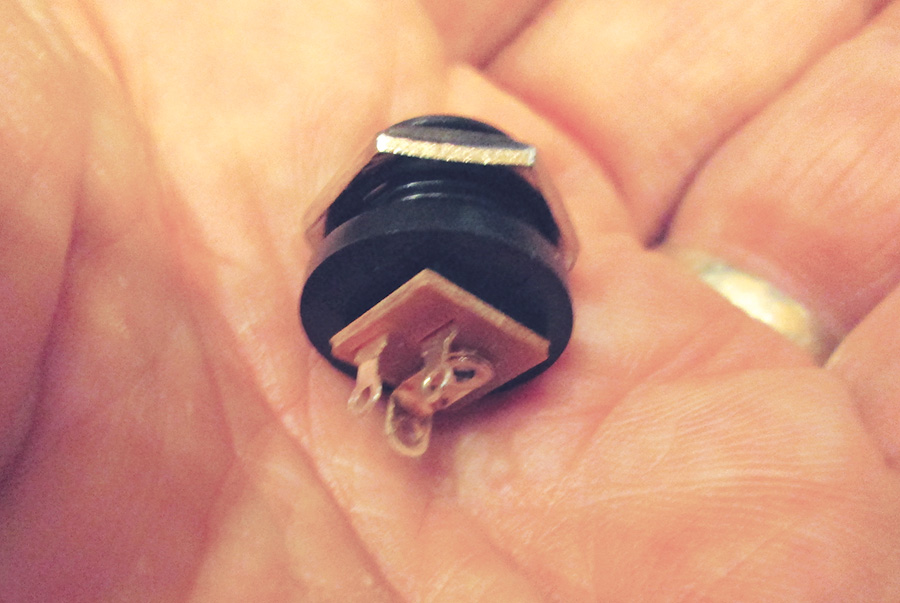 The power connector all by itself.

2. The production certification rules (which of course we don’t have to follow for Experimentals) allow us to take up to 5 amps directly from the battery before the master switch relay. The AC for this suggests that we place the fuse/breaker as close to the battery as possible and, in my world, it comes off the battery with #24 wire that will fuse itself with 10 amps or so. No combination of shorts will compromise the aircraft electrical system. 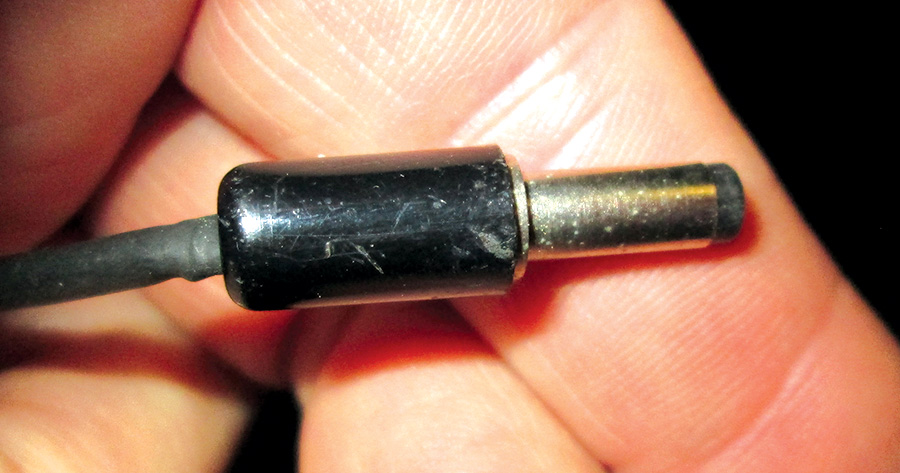 3. This is a metric connector that with the proper connector will allow two-way direct connection to the battery before the master switch relay. This allows for two things:

Just a couple of really neat things I’ve been able to hang onto the KITPLANES Cessna test bed over the last couple of dozen years. I’ll pass on a few more from time to time. Until then, stay tuned…

Ken Scott - December 17, 2008
0
Builders Ken Scott and Ken Kruegers unique project is off the drawing board and into production. They're working with the engine builder, the wing is behind them, the nosebowl is taking shape-and the fuselage is taking over the living room;

Making a Business out of a Metal Rod

Ken Scott - November 17, 2017
0
Harmon Lange has made more landing gear legs than anybody.