Back in June and July of 2012, Kitplanes ran my columns on LED strip lighting. At the time, you didn’t have a real choice as to how to run them from ship’s power; you had to go through the special little control box that came with the lights. 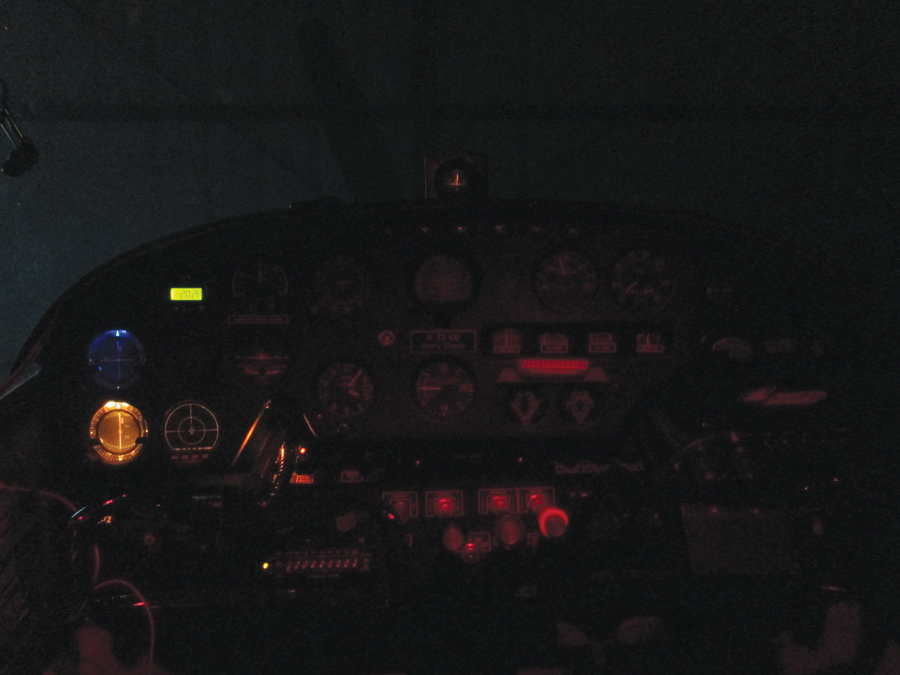 Early LEDs were an improvement over the original incandescent flood light in a 1958 Cessna 182, but they were still quite dim.

Fortunately for us, a company called Adafruit has come out with two improvements over the original design. One, they now run directly from a 12-volt bus, and two, they incorporate a white LED as one of the color options on each and every LED chip in the strip. The web site is www.adafruit.com/product/2440. The Adafruit part numbers are 2440 (cool white) and 2439 (warm white).

You can buy these strips in lengths ranging from one meter to four meters all interconnected for $20 per meter. Once you have them, you can cut them into 2-inch (5-cm) segments if you wish, or run them as one long strip. Each segment has three of these multicolor LED chips, plus dropping resistors to give us a 12-volt segment. Since there are 20 segments to a meter, you could, if you wanted to, cut each meter of LED strip into 20 separate segments, each one having three LEDs, and each LED having four colors (red, green, blue, and white). That’s versatility you just don’t find every day. And certainly not for a dollar a segment (33 cents a lamp). 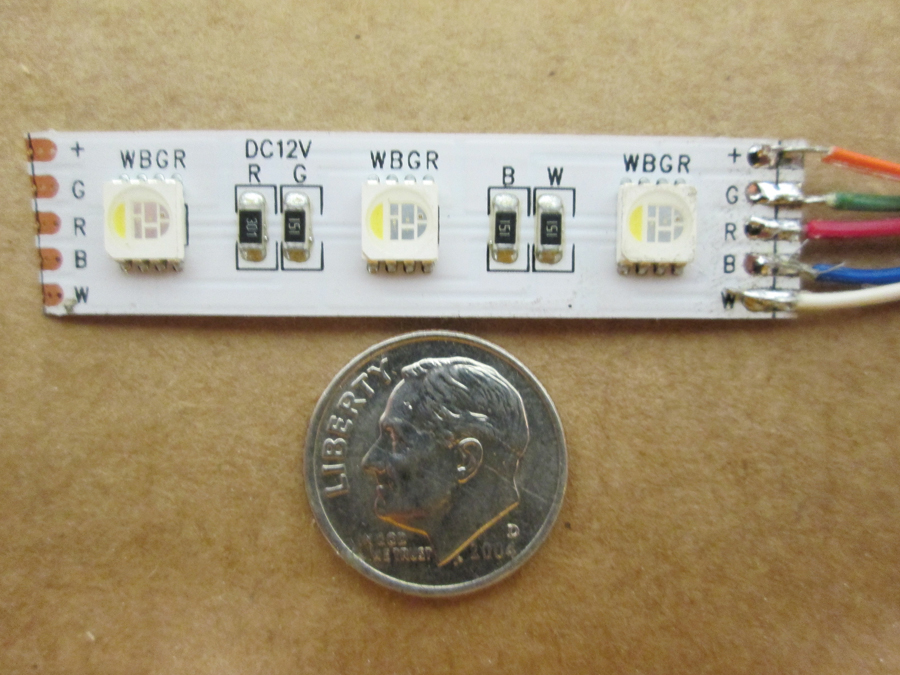 There are three 4-color LEDs per segment, with four surface-mount current-limiting resistors per segment.

What Color Light is Best?

If letting you know about the improved Adafruit LEDs was all I had to say this month, this would be a very short column. However, in a recent back-and-forth on one of the maintenance forums (www.pilotsofamerica.com), we got into a discussion of what color light works best for night instrument illumination. While good old red was embraced by some, there was also support for white, green, blue-green, and so on.

The authority on this subject seems to be the U.S.A.F. Flight Surgeon’s Guide, Chapter 8. I quote:

“The use of red light…for illumination of the cockpit is desirable, because it…does not affect dark adaptation. Red cockpit lighting has been traditional since World War II.”

However, the author, Dr. T.J. Tredici, goes on to say that:

“With the increased use of electronic…devices for navigation…new problems have been created. Low-intensity, white cockpit lighting is presently used to solve these problems.”

And still further into the chapter:

“Blue-green light is the easiest for accommodative focus and is seen by the rods more readily than any other color. It is not seen as blue-green, however, but only as light.”

But with blue-green, there’s a problem that we don’t generally have in light aircraft operations:

“The enemy can easily see a blue-green light…whereas a low-intensity red light would be invisible.”

Let’s then turn to standard airline practice as I understand it. Low-level lights of many colors are used for departure and climbing to altitude. However, once at cruise altitude, the overhead white dome light is turned on and remains on until the initial approach procedure for landing, at which time the low-level lights are turned back on.

From these two very definitive sources, we can draw one apparent fact—there is no one “best,” and you can choose the color that works best for you.

New LED light strips from Adafruit allow each instrument to be easily viewed. You have a wide choice of colors: red, white, green, blue, and blue/green.

Keeping what you just read in mind, I am going to show you five photos of a typical instrument panel with each of five LED colors on the strip that are half-lit. In an attempt to compare the light brightness equally, I ran the different LED colors at the same current, and not the same voltage. It seems that at full brightness, the LED colors were all drawing about 0.75 amperes ( amp). I ran them down to about 50% of brightness and ran them all at 0.50 amperes ( amp). To my uncalibrated eyeball, the lights were all about equally bright. (Don’t worry just yet about how to control the brightness of the lights; that’s coming in a future month of this column.)

The benchmark I chose was the way that my venerable 1958 Cessna 182A test bed came from the Wichita factory with one modification that was written up in KITPLANES a few decades ago: I replaced the original incandescent overhead flood with the brightest LEDs available at the time. The dimly lit photo shows the early LEDS, which were a definite improvement over the incandescent flood. Even so, you can barely make out the instruments.

Now look at the other five images using the new LED light strip. Note that with every color, each instrument can be easily viewed. It is now your choice as to which of the presentations you prefer. Or, if you get really creative, you can gin up a little push-button switch to rotate between red, white, green, blue, and blue/green while in flight. The choice is yours.

One other thing you may consider when using this technique is that the one-meter long strip is comprised of 20 individual 2-inch (5-cm) segments that you can divvy into individual segments and have three LEDs per segment for each instrument.

There are three 4-color LEDs per segment, with four surface-mount current-limiting resistors per segment. You can cut the strip into individual segments with scissors if you like to give a single-segment light for a separate instrument, while the original strip remains intact less one segment. Each segment runs from 12-volts (max) and is dimmable.

A final thought, and we will wrap this month up: The strip comes insulated with a clear plastic sleeve. While I normally advocate sticking things to the panel with hook and loop fasteners, this sleeve appears to be made from a slippery silicone of some sort, and the glue on the back of the peel-off fasteners would not stick to the sleeve. Those of you more versed in the art of stickum than I might offer your comments on what you would use to fasten the strips down.

Look for a new class of dimmer for these and other types of panel lights in a future column. Until then, stay tuned…

Mel Asberry - July 8, 2010
0
This month DAR Mel Asberry tackles questions about modifying an aircraft and the flight testing required, what should be on a dataplate, and what you need to know about getting an airworthiness certificate after completing a partially built aircraft.