While the primary function of the wing is to generate lift, it must also incorporate control surfaces to control the airplane in roll. On most airplanes these surfaces are the ailerons.

Before we look at details about aileron sizing and design, let’s turn our attention to the overall roll-control requirements the airplane will have. The pilot needs to be able to control the airplane about the roll axis. The roll controls serve to trim the airplane in roll and to generate and arrest roll rates to maneuver the airplane.

In steady-state flight the airplane must maintain a constant attitude and not roll. The ailerons must be able to trim out any rolling-moment imbalance. The roll imbalance can come from either mass properties or aerodynamic causes.

If the airplane’s center of gravity is offset from the centerline, it will tend to roll toward the “heavy” side. This situation can arise due to an unequal fuel burn from wing tanks or asymmetric lading of crew and/or payload. Airplanes that carry loads on external stations, such as military strike and fighter aircraft, often experience significant lateral CG offset when the stores are configured asymmetrically. This can happen due to an intentional asymmetric loading or when a single store is released off of a wing station on one side of the airplane. The pilot must be able to trim the airplane laterally so it does not roll uncommanded and still retain enough extra roll-control power to maneuver the airplane.

The roll inertia of the airplane is a function of its configuration. The longer and heavier the wings and their contents are, the greater the roll inertia and the smaller the roll acceleration will be for a given rolling moment.

For a given configuration, the rolling moment the ailerons generate is proportional to airspeed squared. This means that the faster the airplane is flying, the more rapid roll acceleration the ailerons can command.

This phenomenon, called “roll damping,” is a major factor determining the steady-state roll rate the airplane can achieve.

As the airplane roll rate accelerates, driven by the aileron-induced rolling moment, the opposing moment due to roll damping increases, reducing roll acceleration. At some point, the moment generated by the ailerons is equal and opposite to the moment generated by roll damping. At this point, roll acceleration will be zero, and the airplane will be at its maximum steady-state roll rate.

To stop a roll, the pilot can center the stick and allow roll damping to stop the roll. Roll inertial will tend to keep the airplane rolling, so a bit of opposing aileron can be used for a moment to stop the roll quicker.

In normal turning maneuvers, the pilot tries to roll the airplane to a specific bank angle and then capture that bank angle and hold it steady during the turn. The control inputs to do this are not constant.

The pilot initiates the maneuver by moving the stick laterally, which deflects the ailerons and generates an initial roll acceleration. As the roll rate builds up, the pilot may modulate the stick deflection to capture a desired roll rate.

To stop the turn and regain steady-state level flight, the pilot must deflect the stick to the “high side” to command a roll out of the bank and then capture the wings-level attitude, ending up wings-level with the stick neutralized.

Aileron sizing criteria are generally of two types: The first, and simplest, is to specify a required steady-state roll rate at specific airspeeds. While simple, this criterion is of limited usefulness for most airplanes since they rarely are flown to their maximum steady-state roll. This criterion is useful for airplanes that need to maneuver aggressively, such as fighters and aerobatic airplanes.

It’s far more common to specify roll performance in terms of time to bank or time to reverse a bank at given conditions. For example, U.S. FAR Part 23 (23.157) requires that under specified takeoff conditions, an airplane of less then 6000 pounds gross weight be able to go from a 30° banked turn in one direction through 60 degrees of roll into a 30° banked turn the opposite way within 5 seconds from the initiation of the roll. For landing conditions, the airplane must be able to perform the same roll reversal in 4 seconds.

As we saw above, the rolling moment available from the ailerons is less at low airspeeds while the roll inertia is essentially constant. Accordingly, the airplane’s roll response will be slower at lower airspeeds. This is why the most taxing roll-performance requirements are for bank-to-bank maneuvers at or near minimum speed. 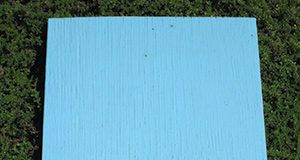