Kitplanes own Dean Sigler (Alternative Energies) attended this year’s Electric Aircraft Symposium in Santa Rosa, CA (April 25-26th) as part of the faculty for the event, and filed this second of three reports in order to keep our readers up to date on the burgeoning new technologies in electrical propulsion and aircraft designed to use it. Watch for additional reports here and in the magazine as we keep abreast of the action in the world of “green flight”.

Anyone who thought the eighth annual Electric Aircraft Symposium had peaked by lunchtime on Friday was obviously not aware of the stellar presenters awaiting their turns in the afternoon.

Klaus Ohlmann, chief pilot and proprietor of Quo Vadis Aero in southern France, recounted his three-month long trek to conquer Mt. Everest – by motorglider.  Part of the Mountain Wave Project, this long and eventful trip allowed researchers to collect air samples without compromising fumes from a gasoline engine, since Klaus turned off the engine on the Stemme after each takeoff and used the turbulent air currents to surmount the Mount.  His in-cockpit videos wowed the crowd – who were saying “Wow!” at the obviously bouncy ride Klaus and his passenger endured.  Did you know Klaus is a dentist, by the way?

“High Tech Solutions for Ride Quality Enhancement in Small Aircraft,” offered by Dr. Case van Dam, the Chair of the Mechanical and  Aeronautical Engineering Department at the University of California at Davis could have saved that bumpy ride. Van Dam discussed “perturbations,” vertical and lateral accelerations that make some lightplane trips unacceptable – even to seasoned pilots. Dr. van Dam has used microtabs, little strips that flip out perpendicular to the airflow near the trailing edge of an airfoil, or jets of air to stabilize airflow and tailor lift to the actual flow over a wing or wind turbine.  This kind of smoothing will be of comfort to passengers hopping aboard the Sky Taxis proposed by the Foundation.

Dr. Krish Ahuja, Regents Professor at Georgia Tech, discussed “Precision Autonomous Synchro-phasing of Electric Propellers,” another factor that will make Sky Taxis less taxing to their passengers.  His work with reducing propeller noise has led to “synchro-phasing,” a process similar to that in noise reduction headsets that blanks out the noise by carefully overriding one sound wave with its polar opposite – killing sound with sound.  This will help make CAFE’s pocket airports a more readily accepted proposition by neighbors.

Bruno Mombrinie, a Director on the CAFE Board, is a degreed mechanical engineer, and helped build the MIT Chrysalis human-powered airplane.  He gave a view of a near-term plausible Sky Taxi service for the San Francisco Bay area, taking commuters from pocket airport to heliport or even existing airports with quick, short hops.  Pocket airports, squares 80 meters (263 feet) to a side, could accommodate takeoffs and landings in all direction, regardless of winds.  To make sure travelers did not have to wait while the Taxi’s batteries were recharged, 18-second battery pack swaps would guarantee speedy departures for the next flight.

Dr. Brien Seeley, CAFE Foundation founder and President, added to Mombrinie’s presentation with “Payload, Proximity and Pascals,” detailing the technical challenges to be overcome in creating aircraft that can accelerate quickly enough to hop off the ground, climb steeply, and be quieter than 60 dBa as measured 40 meters (131 feet).  Recent runs with Alan Soule’s Tesla S sedan managed 0-45 mph in 3.2 seconds in only 103 feet.  A much lighter Sky Taxi should be able to do that and better, and a coming series of Green Flight Challenge II tests will demonstrate the performance necessary to make pocket airports a reality.

With Mombrinie covering the logistics and Dr. Seeley fielding the technical aspects, Dr. Sebastian Thrun covered the question of how these automated aircraft would reach their destinations safely. His work with Google Cars now has 700,000 accident-free miles (other than drivers running into the automated vehicles) to speak to that.  His talk covered the self-learning aspects of the cars, with multiply-redundant sensor systems feeding complex information to a central computer, which then sorts out the ever-changing landscape around it and makes excellent decisions.  A video of one of the Google Cars driving a blind occupant to a Taco Bell drive-through, a dry cleaner and on other errands was fairly convincing.

Electric airplane record holder Jean-Luc Soullier told of his planned Atlantic crossings, one in 2015 to fly a Windward Performance Duckhawk in three 1360 mile hops from Belgium to Iceland, Greenland, and to eastern Canada.  From there, he’ll make a series of jumps to reach AirVenture. The trip will use rechargeable batteries and 107 square feet of 24-percent efficient solar cells.  The second, with SOCL2 lithium thionyl chloride primary (non-rechargeable) batteries and the solar cells, would be one 3720 mile trek from New York City to Paris, duplicating Lindbergh’s 1927 flight.

My efforts to list the major electric motors and controllers available on the market today were well received, and Kitplanes readers can share in the experience with a series of three articles, the first of which will be hitting the newsstands in early June.  It was definitely an honor to be in the company of so many early adaptors of electric flight.

Our final afternoon speaker, Dr. Jaiwon Shin, NASA’s Associate Administrator of Aeronautics, shared his visions for the future of aircraft, and had encouraging words for the goals of the CAFE Foundation.  He listed the technological drivers that we must capitalize on now, and the need to abandon the short-sighted outlook that “We’re number one,” before finding that the rest of the world has outrun us in the global race for achievements.  His talk covered changing demographics and markets, and how his responsibilities as the head of the first “A” in National Aeronautics and Space Administration were partly a charge to help keep the country first in aeronautical progress.

As head of a complex and diverse government agency, Dr. Shin has responsibility for America’s place in global operational growth, innovations such as the development of ultra-efficient commercial transports and the transition to low-carbon propulsion.  He also   heads efforts to provide real-time system-wide safety assurance for air travelers, and “assured autonomy for aviation transformation.”  In a politically-charged environment, these are tough demands, but the earnestness shown by Dr. Shin in his talk seems reassuring that he will achieve much in his tenure. 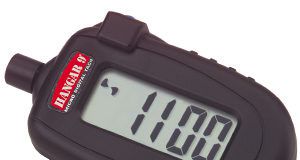 Jim Weir - August 5, 2011
0
There are many ways to check the accuracy of your airplanes tachometer. From the commonplace to the offbeat, Jim Weir explains their benefits and drawbacks. 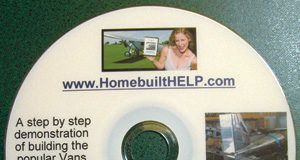 Rick Lindstrom - September 15, 2007
0
As the project is completed and is readied for its flight home, the author reflects on the challenges he overcame and the lessons he learned during the build; by Rick Lindstrom.