How about a universal panel-mount meter for fuel, oil, vacuum, flap position, temperature of your soda pop…and mounts in a 1-inch diameter hole or rectangular cutout 1 inch x 1/2 inch? For less than $5 per meter? No, I’m not smoking California Funny Weed; I can actually meet those specifications with enough money left over for a quart of 100LL.

Not only that, but I can make the meter out of lights of most any color you want. Red, yellow, green? White, blue, orange? Dimmable for night flight? Blinks when you get into the red zone?

Not only possible, but the little jewel of an integrated circuit has been around for nearly 40 years. And if Texas Instruments has its way, it will be around for another 40. I’m speaking specifically of the LM3914 that was introduced by National Semiconductor in 1980 and is still being mass produced by TI as an “active” device, which means that TI considers it suitable for new design. 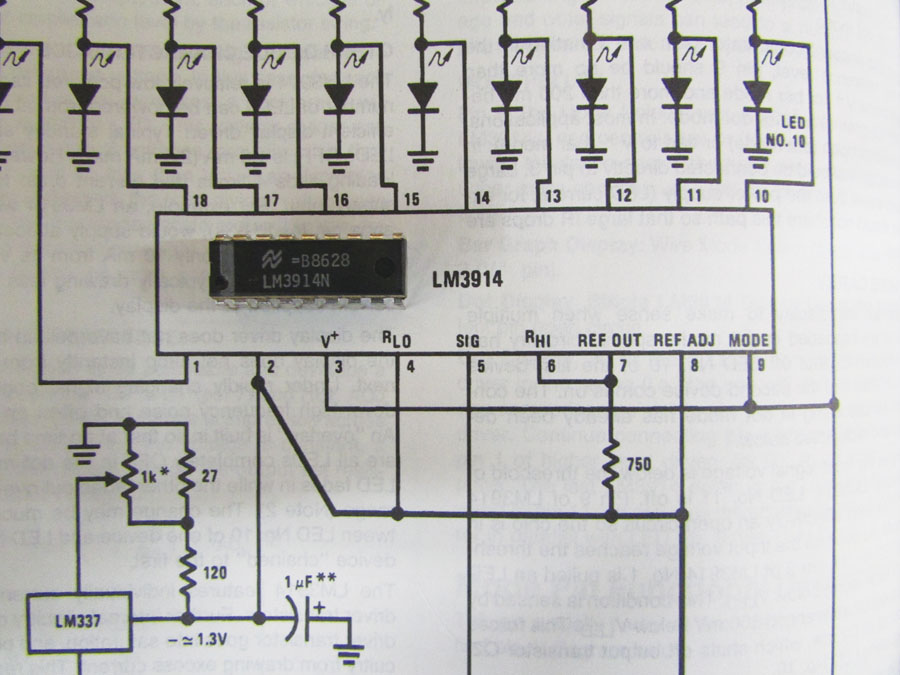 It will work from either a 12- or 24-volt system (we’ll talk about that later) and sips current insufficient to electrocute an ant.

All this for $2.00 or so from most any of the usual sources (Jameco, Mouser, and a newcomer—SparkFun). Add on either a light bar or individual LED lights, and you have an entire meter for about $4.00 in parts.

We can talk about what sorts of displays we can make next month. This month we are going to concentrate on the various modes of operation of the basic integrated circuit itself and how we might integrate it into an aircraft environment. 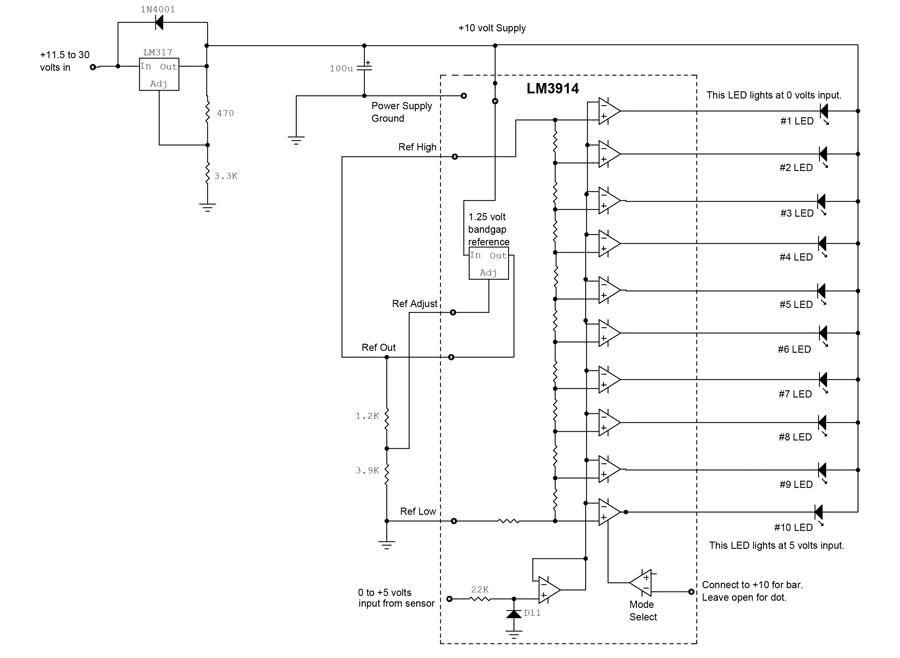 Here’s the deal on getting the IC to operate from 11.5 to 30 volts without any adjustment. I always prefer to have my circuits run from a regulated supply, and for that purpose I am going to use a plain-Jane LM317 adjustable regulator to power the circuit. I’ll choose component values to make the output of this regulator 10 volts, which will power the LM3914 LED driver at exactly the same voltage no matter which battery voltage you are running on your airplane.

Here’s the deal on getting all of the various sensors to “normalize” themselves. It is rapidly becoming an industry standard to have sensors (gas tank floats, oil temperature bulbs, etc.) standardized to put out 0 to 5 volts across their working range. That is, it doesn’t matter what we are trying to measure; we can put circuitry in place to make each of these devices go from zero to five volts across the range of measurement. I will put such a normalizing circuit into this design so that if you already have non-standard sensors in your aircraft, you can compensate for them and run our LM3914 from its internal 5-volt regulated supply. 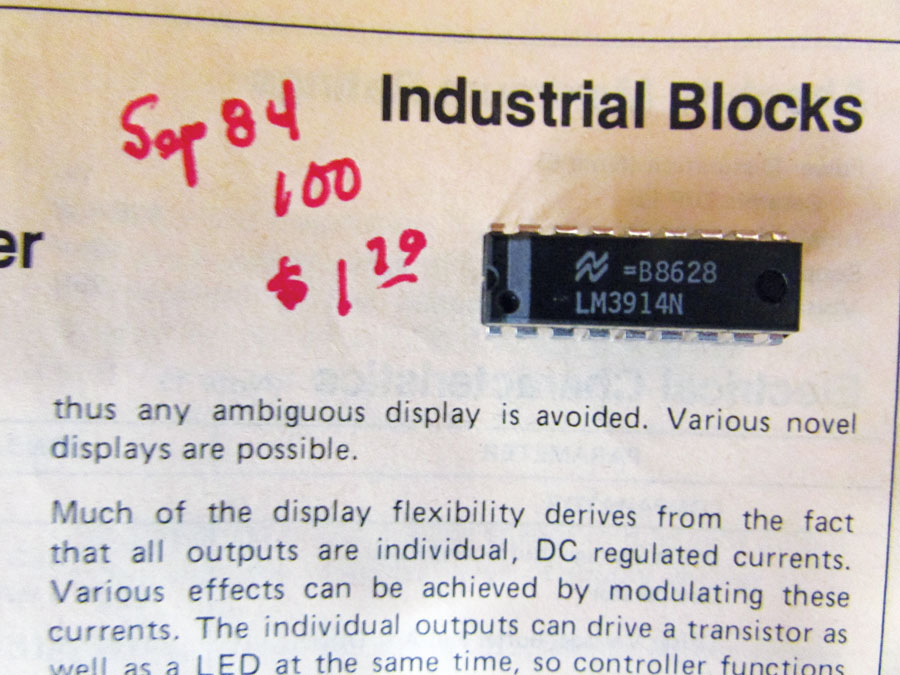 My original 1984 note on price. Note that the price has not significantly increased. Also note that the actual chip I’m using for illustration is one of the original National Semiconductor devices (the little wavy lines were National’s trademark), and that this chip was made in facility “B” during the 28th week of 1986.

Here is what this particular LM3914 LED driver will do for us (refer to the schematic):

Next month we will investigate how to “condition” any sensor or voltage to the 0 to 5 volt input that we’ve designed this LED driver to operate from. We’ll also take a look at some pretty nifty ways of arranging those 10 LEDs that we’ve got to make some really unique and attractive indicators. Neat stuff. Until then… stay tuned… 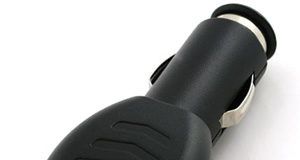 Ed Wischmeyer - October 17, 2008
0
While builder Wolfgang Meyn loved the F-1 Rocket quickbuild kit, things got a little more complicated (and exciting) when he decided to add an Aero Supercharger Solutions supercharger teamed up with a modified Airflow Performance fuel-injection system; by Ed Wischmeyer.