Batteries in DC power systems have deep historical roots and a universe of lessons learned. Starry-eyed entrepreneurs and out-of-the-box thinkers were demonstrating rudimentary principles of electro-chemical storage and conversion of energy into useful work as early as 1830 (History of Electric Cars). Today, electro-chemical energy storage has countless consumer applications. Energy budgets range from nanowatts to power a wrist watch up to perhaps tens of kilowatts necessary to run a house when the wind stops blowing or the sun goes down. 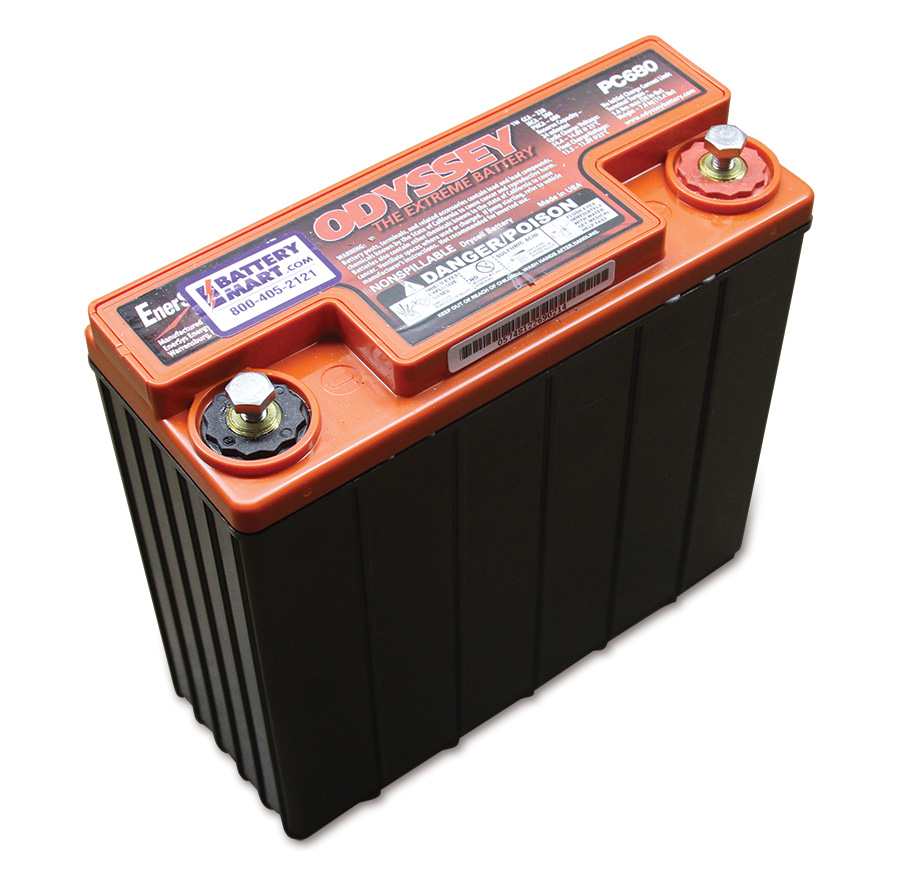 In spite of nearly 200 years of rapidly evolving application and service history, there’s little incentive for the battery-consuming citizens to concern themselves with the intricate details of battery performance. Battery powered devices are operated until the low battery warning light comes on whereupon cells are replaced or put on charge.

A battery’s service life in a car may be measured in years, with virtually no attention given to bus voltage or periodic peeks into the battery’s capacity. If it cranks the engine, you’re good to go. While engine cranking requires lots of power, the demand is limited to a few seconds. After engine start, an alternator picks up all system loads and replaces perhaps 2% of the energy drawn from the battery.

An airplane’s cranking demands are in the same ballpark as automobiles. Some engines might take more starter-driven revolutions to get the fires lit—but generally no more than 10 seconds. The cranking scenario in a biz jet isn’t much different. While getting a turbine engine started might start out at 1000 amps and taper to 300 amps over a period of 15–20 seconds, this huge demand of power consumes, at most, 5% of the energy contained in the ship’s battery.

Airplanes add another dimension to battery selection that is seldom if ever considered in ground-based vehicles. Battery weight is of greater concern because it’s part of the ship’s empty weight; every additional pound of empty weight reduces allowable fuel, baggage and passenger loads for the airplane. It follows that the builder would want to select the lightest practical device.

Battery capacity is roughly proportional to its weight. If cranking the engine takes 5% of the battery’s capacity, how about cutting the battery weight in half and taxing capacity to the tune of 10%? After all, the alternator is going to replace that energy after the engine starts. True, but suppose the alternator becomes unavailable in flight. Will energy stored in that half-sized battery keep the panel lit up in a manner that offers good odds for comfortable termination of flight? Batteries aboard airplanes have a duty that goes beyond that of most other vehicles. Hence there are strong incentives for individuals in the Owner Built and Maintained (OBAM) aviation industry to learn much more about batteries.

This is the first of a series of articles wherein we’ll (1) explore the capabilities and limits for the various battery technologies and (2) study the demands placed upon a battery when tasked with requirements unique to the aviation environment.

The vast majority of OBAM aircraft owners will buy the same battery that a hangar buddy put in his airplane. Or perhaps they’re comfortable with the battery recommended by the supplier of the kit. There’s nothing inherently hazardous with a cookie-cutter approach to battery choice. Hazards arising from a battery’s inability to perform in the abnormal flight mode seldom have foundation in the choice of battery. When the low voltage light comes on, the question becomes, “How long and under what conditions can I continue flight to a destination favorable to comfortable arrival and convenient repair of my airplane?” Hazard arises from ignorance of what can be reliably expected from the battery.

The vast majority of pilots flying certified aircraft haven’t got a clue. The pilot’s operating handbook generally offers this kind of advice: “Low Voltage Warning On: Reduce electrical loads and land as soon as practical.” The pilot probably doesn’t know the kind and duration of systems operations the battery would support when brand new. He’s even less sure about the battery’s present condition. Gee, it started the engine okay—but what capacity? 70%? 50%?

An OBAM aircraft’s demands on a battery are not tightly coupled to the size of the airplane. I had a reader whose RV-6 battery sizing considerations were as demanding as those for a Lancair IV-P with a panel full of glass screens. At the same time, the OBAM aircraft owner is free to build something like a Lancair IV, chosen for size and performance, but with electrical loads no greater than John Q. Pilot’s C-172. Similarly, a Cub replica pilot’s airplane may have no electrical system demands whatsoever. This huge variance in aircraft performance and mission suggests that an elegant solution for battery selection and maintenance is tightly coupled to an understanding of battery performance and condition.

It is unwise to launch a mission without knowing that fuel on board is sufficient to the mission with some reserve. Sizing of fuel reserves should be driven by risks for having to extend the flight beyond the planned duration. One might be comfortable with 30 minutes of reserve fuel for a day VMC flight of 200 miles. How about a night IMC flight of 400 miles? The rhetorical questions offered suggest that knowing the energy contained in your ship’s battery will support needed electrical loads is just as important as knowing how much extra fuel you’ll plan for each leg of the flight.

Suppliers of electrically driven flight instruments often encourage this notion by offering either a connection to a backup battery, or building a backup battery right into their product. A system designed with backup hardware demonstrates a lack of confidence in the normal ops hardware. Backup hardware may be a legitimate and well considered response to an artfully conducted Failure Mode and Effects Analysis (FMEA). But care must be taken to select and size a backup device in the context of the whole flight system. Question: What is the value of keeping one handy accessory on the panel lit up when the rest of the airplane is in trouble? You may be deprived of choices for friendlier places to land, but at least you know lat/lon of where you hit the ground to an accuracy of a few feet.

Consider this rhetorical question: What proportion of accidents are exacerbated or have root cause in loss of electrical power to some critical accessory? I’ve been both student and professional investigator of incidents involving broken parts in electrical systems for over 40 years. I can state that only a tiny proportion of aircraft accidents have root cause in electrical systems issues. Further, I’ve yet to read an accident narrative by either NTSB or a surviving pilot where backup hardware would have produced a better outcome.

Aviation incidents involving electrics that bent airplanes and broke people are rare and almost always a product of poor parts selection, architecture, installation, preventative maintenance, and/or lack of understanding. This series of articles will work toward an understanding of battery capabilities and limits. The goal is to assist the OBAM aviation community with confident selection, installation, use and maintenance of a battery. The battery can and should be a most reliable and predictable source of electrical energy on the airplane.