My July 2011 column (“Gee, a PS antenna.”) generated several questions from readers. All of them revolved around why the antenna increased the signal strength of some satellites and decreased it on others.

The more I thought about it, the more I came to the conclusion that because satellites were slowly changing their orientation (how their antennas were pointed), the linear polarization of our little spike ground plane wasn’t capable of doing justice to the circular polarization of the GPS satellite constellation.

Without going deeply into J. C. Maxwell’s (1831-1879) equations for radio wave propagation, let’s just say that a single-element antenna like the spike ground plane can be oriented with the spike vertical (vertical polarization) or the spike horizontal (horizontal polarization).

To receive circular polarization, in which the vertical and horizontal components are rotating at the frequency of the transmitter signal, we need something more than simple linear polarization. Therefore, the GPS signal transmitted from the satellite at 1575.42 MHz spins more than 1575 million times a second.

We’ve known for a few dozen years that a “turnstile” antenna (so named because it looks similar to a stadium or subway turnstile) could easily be made to receive or transmit circularly polarized radio waves. A fellow by the name of M. W. Maxwell showed us how to make a turnstile relatively simply (“Reflections—Transmission Lines and Antennas,” M. Walter Maxwell, ARRL Publishers, January 1994).

Then Zack Lau showed us a tricky way of making an elegant match to the turnstile down at 30 MHz in the article “A Simple 10-Meter Satellite Turnstile Antenna (RF)” in QEX Magazine, November/December 2001. Finally, Mark Kesauer adapted Zack’s techniques to a GPS antenna for APRS work (“An Inexpensive External GPS Antenna,” QST Magazine, October 2002). 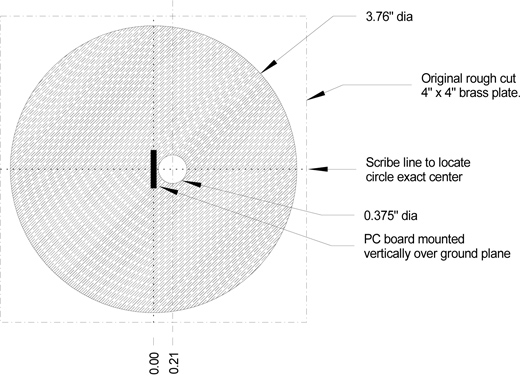 Figure 1. The material used is 4×4-inch brass or copper plate; thickness is not a factor. The prototype uses a 5-mil brass shim for ease of cutting and weight reduction. No finish is required.

This article will build on those works with some improvements in construction and ease of assembly, and with help from a computer article that calculates “microstrip” construction.

Just like coaxial cable, microstrip is a form of transmission line. We say the RG-58 is “50 ohm cable.” This impedance is a function of the ratio of the outer sheath to the center conductor diameter. Similarly, microstrip impedance is a function of the width of the strip and the thickness of the insulator between the microstrip and its ground plane. (See Figure 1.) The actual microstrip matching section is 0.11 wide and is separated from the ground plane by a sheet of 0.062 fiberglass. This is a small piece of standard double-sided, printed, circuit board material.

These widths make a microstrip with a characteristic impedance of 50 ohms and the length of 1.03 inches is a quarter wave on pc board material. A quarter wave is 90 electrical degrees, so we have a 50 ohm microstrip feeding two antenna elements 90° out of phase. Maxwell says that this configuration will give us circular polarization. 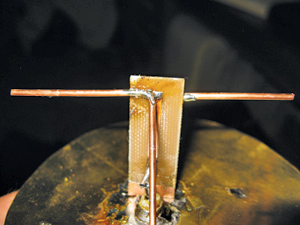 The antenna element is bent at a 45° starting point.

Enough theory, let’s get to the construction. I used 5-mil brass for the circular ground plane for several reasons. First, it’s very light, and can be cut with kitchen scissors. A 0.375-inch diameter hole is punched slightly off-center to allow a standard BNC chassis mount connector to be soldered directly to the ground plane.

One side of the pc board is laid out with a hobby knife, cutting the copper foil down to the fiberglass substrate. This allows just the unwanted copper to be removed while leaving the copper that will form the microstrip intact. Note that the little dogleg on the top of the copper microstrip line has no electrical function. It is strictly there for mechanical fastening of the dipole wire. 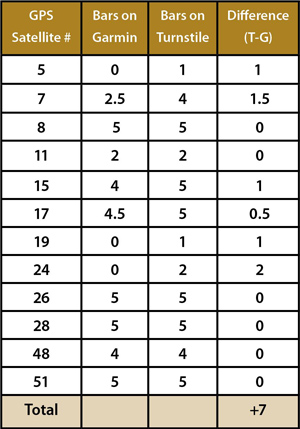 The unwanted copper foil on the microstrip side of the pc board can be removed by applying a soldering iron to one corner of the copper and then slowly peeling it away from the fiberglass pc board material. (The adhesive holding the copper to the fiberglass is heat resistant, not heat proof.) A soldering iron will melt the adhesive enough to allow a hobby knife to pry up the corner. Long-nose pliers can then be used to pull the copper from the board.

The antenna elements themselves are AWG #14 copper wire, available from the Romex Airplane Wire Store. Cut them roughly 4 inches long and then trim them to the dimensions in the drawing. The shorter of the wire lengths (1.5 inches) become the horizontal elements and the longer (1.8 inches) become the bent-down elements. Start with the bent-down elements 45° from the vertical, then tweak them until you achieve the best reception of all the satellites in range. 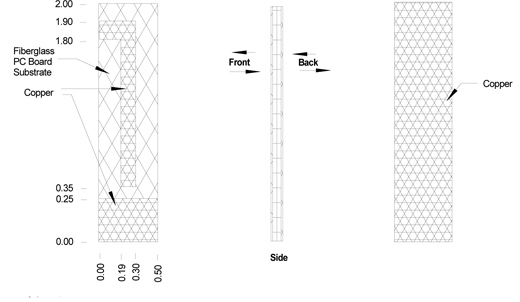 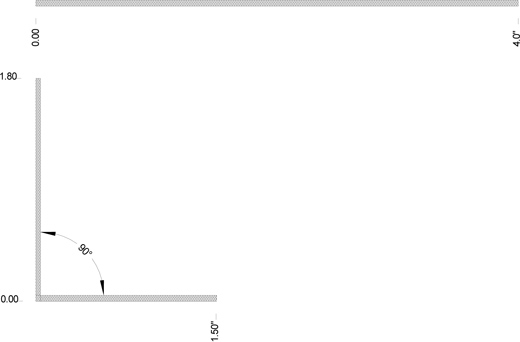 In this figure, the material used is AWG #14 copper wire. There is a 90° bend in the center of the wire. Cut two pieces to the size indicated. 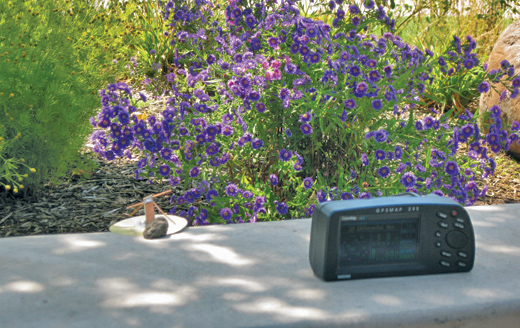 The antenna pattern range at Sierra College. The rock on the ground plane provides extra stability.

Is it pretty? Nope. Most prototypes are not pretty. They are constructed to demonstrate proof of concept, and are then made pretty. But it works.

What if you want to use this as a home outdoor antenna and need a radome? This configuration will fit perfectly into a plastic cream cheese or cottage cheese container.

So where do we go from here? In future issues we are going to learn about the FAA database site, recent developments in LED technology, and take a foray into free programs that will let you document your homebuilt project. Until then, stay tuned. 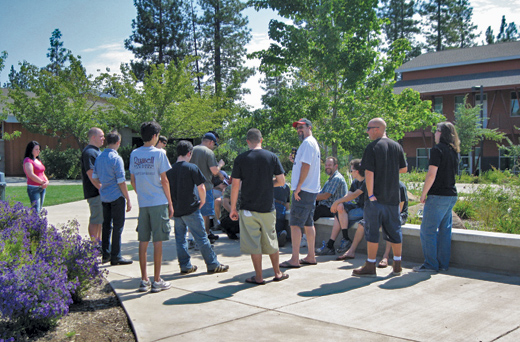 The author’s Sierra College class tests the GPS experiment. With 24 “saltwater sacks” standing around watching, the GPS may not have been receiving as good a signal as it could.