Probably the most common type of pitch-trimming device found on light airplanes is the trimtab, which is a small plain-flap surface attached to the trailing edge of the elevator. The tab can be either fixed or movable. 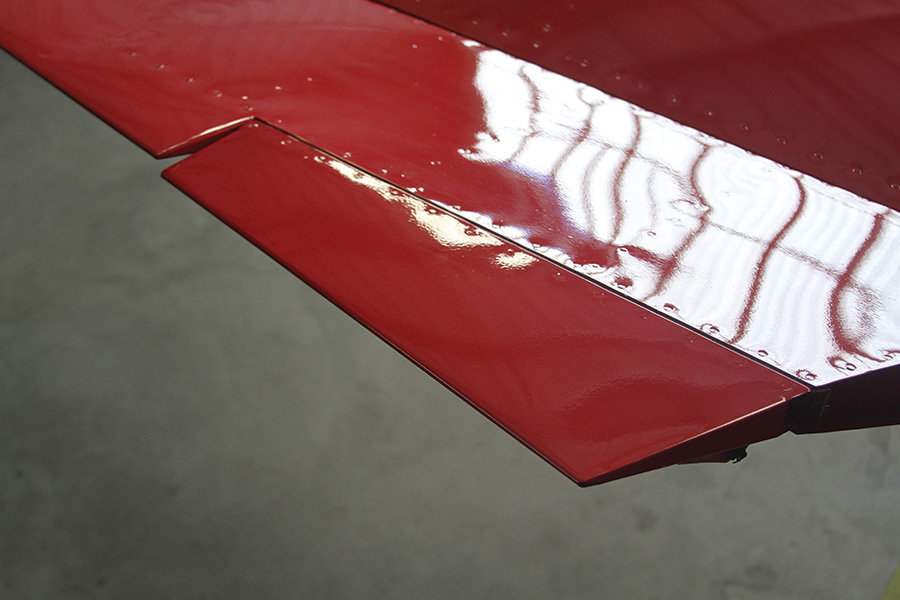 On some simple airplanes that fly at the same airspeed most of the time and have low stick forces, the tab is a simple piece of sheet metal attached to the trailing edge of the elevator. It can be bent on the ground to adjust the trim. Such a fixed tab is used to set the trim for the one airspeed at which the airplane flies most of the time. To fly at any other airspeed the pilot must hold a continuous pressure on the stick. For most airplanes, a fixed tab is inadequate. The airplane must fly over a wide range of airspeeds, altitudes, and center-of-gravity positions, all of which change the elevator setting to trim the airplane. A controllable trimtab is needed to enable the pilot to trim out stick forces over the entire flight regime of the airplane.

Tabs are a very common form of trim system. They are aerodynamically effective, relatively simple mechanically, and can be installed on virtually all types of elevators. Another advantage of tabs is that their effectiveness can be increased relatively easily by making the tab larger, without making major revisions to the rest of the airframe. Tabs also have some disadvantages, and while none of them are prohibitive, they do merit consideration.

The first aerodynamic disadvantage of trimtabs is quite minor. If the airplane trims in cruise with the tab deflected, there will be a small parasite drag penalty. Like all control surfaces, tabs cause some drag increase. They have hinges and hinge gaps that disturb the airflow, causing drag. The drag caused by tab hinges and gaps is similar to that caused by the hinges and gaps of the airplane’s primary control surfaces, and it can be minimized by using the same techniques. Both well-faired or flush hinges and gap seals that prevent air from flowing through the tab-hinge gap are useful in decreasing tab drag. The linkage controlling the tab can also be a source of drag if it sticks out into the wind. On some airplanes it is possible to keep the tab linkage completely internal. If this is not possible, the external portions of the linkage should be well-faired.

A second disadvantage of tabs is that deflecting a tab to trim an elevator reduces the control power of the elevator. This is not a major problem, but it does mean that a trimtab-equipped elevator must be larger than an elevator that does not have a trimtab to have the same control power. A conventional trimtab works by “flying” the control surface as though it were a separate little airplane. If the pilot wants to trim the airplane nose-up, the trimtab is deflected down. This causes lift at the trailing edge of the elevator, which forces the elevator to float more trailing-edge up, putting it at a more negative angle of attack. The more negative elevator angle of attack causes the elevator to exert more downforce (or less lift) on the tail of the airplane, and this causes the airplane to trim at a higher angle of attack.

The one problem with this arrangement is that the tab deflection needed to trim the elevator is opposite to the elevator deflection needed to trim the airplane. In other words, the tab must push up on the trailing edge of the elevator in order to get the entire elevator to push down on the tail of the airplane. The lift the tab must generate to do this is in the wrong direction for airplane trim, and the elevator must produce a downforce to offset the trimtab lift. The net result of all this is that deflecting a trimtab to reduce control forces will also reduce the control power of the elevator. Luckily, this effect is relatively small and in most cases is not a problem.

Anti-servo tabs that are used on all-moving surfaces to adjust the control feel of the airplane actually increase the effectiveness of the surface. Typically, when the pilot deflects the stabilator trailing-edge up, the tab “leads” the main surface and deflects trailing-edge up relative to the main surface. The tab is, in effect, acting like a flap, increasing the camber of the all-moving surface along with its ability to lift in the desired direction. A pure anti-servo tab has a linkage that is fixed to the airplane and is not adjustable by the pilot. By giving the pilot the ability to move the linkage where it anchors to the fuselage, an anti-servo tab can also be made to serve as a trimtab. 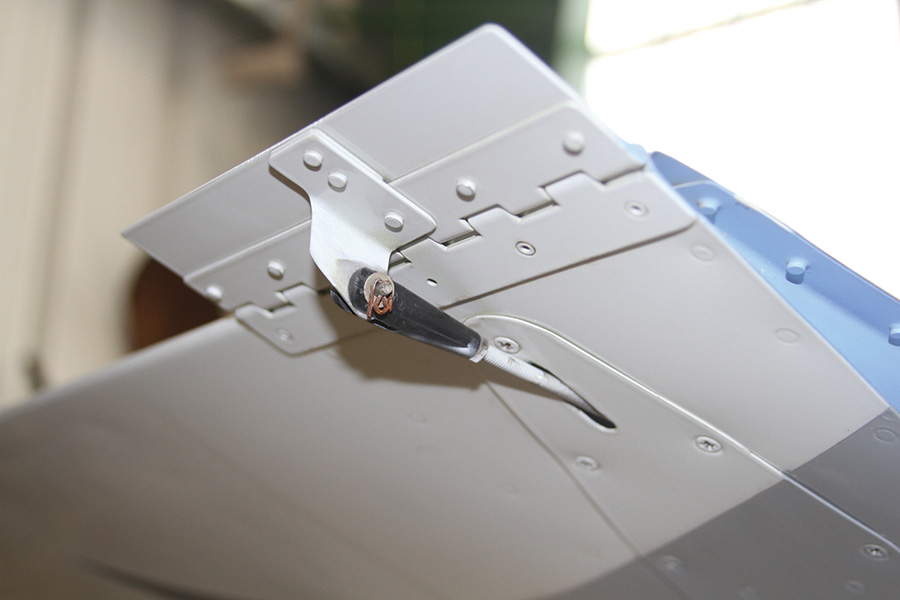 Trimtabs are quite susceptible to flutter. It is vital that the linkage controlling the tab be stiff and free of slop.

One major concern with trimtabs is flutter. It is vital that the linkage controlling the tab be stiff and free of slop. Trimtabs are quite susceptible to flutter if not rigidly constrained by the linkage, and a fluttering tab can drive a flutter of the whole elevator. Flutter may have catastrophic consequences, so the design of a trimtab and its control linkage must be done carefully.

To avoid flutter, the tab should be held rigidly so that its deflection relative to the main control surface cannot change unless the pilot commands a change by moving the tab linkage. A few degrees of “flapping” freedom in a tab linkage is enough to cause serious flutter problems. Loose and sloppy hinges and anchoring the tab hinges to a relatively flexible structure may also give the tab the freedom it needs to start a destructive flutter.

The mass properties of the tab are also important. Tabs are not usually mass balanced. This is because the tab linkages and hinges are designed to be tight enough so that the position of the tab relative to the elevator is always rigidly constrained. Unfortunately, linkages and hinges are not perfect, and most have a small amount of free play. If the tab is relatively light and the free play is small, all will be well. In some instances, particularly for large, powerful tabs, mass balancing of the tab may be necessary to prevent tab/elevator flutter.

The flutter characteristics of control surfaces are very sensitive to the mass and CG of the surfaces. Tabs are no exception. Addition of mass aft of the tab hinge line is extremely dangerous. In one case, a T strip was added to the trailing edge of an anti-servo tab on an airplane with an all-moving horizontal tail in an effort to desensitize the airplane in pitch. Unfortunately, the critical flutter speed of any surface is strongly affected by the relative positions of the surface hinge line and CG. The more the CG of the surface is aft of the hinge line, the lower the critical flutter speed of the surface. In this incident, the weight of the T strip lowered the critical flutter speed of the tab enough to cause the tab to flutter when the airplane was still flying relatively slowly in its initial climb. The tab flutter caused the stabilator to flutter, which led to the airplane losing its entire horizontal tail shortly after takeoff.

As this horror story illustrates, tab design and tab linkages must be treated with considerable respect. In particular, a builder should avoid any modification to the shape, size, or weight of a tab or the linkages that control the tab unless he has access to someone who can provide knowledgeable engineering analysis of the change.

Parts Off, Parts On!